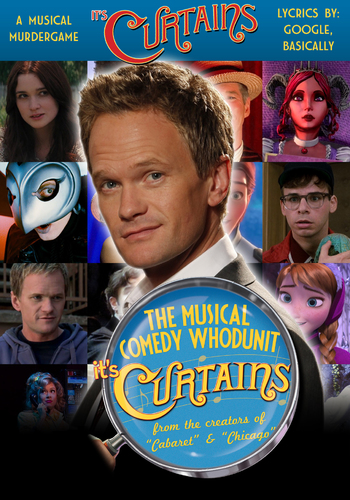 It's Curtains is a short-term murder game in the style of Dangan Roleplay and Trustfell with a musical twist: all characters involved will be from various musically-inclined canons. That means stage musicals, movie musicals, musical episodes of TV series and more—if it's a musical, it's welcome!

, and the blog for deceased characters interacting with the world of the dead here