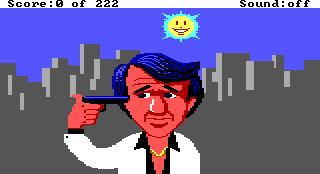 And the sun is smiling!
As a Death Trope, expect spoilers, both marked and unmarked.
Advertisement:

Times where somebody is Driven to Suicide in Video Games.