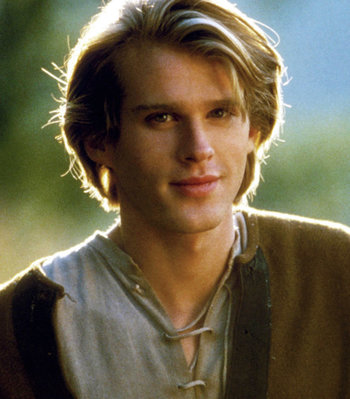 As you wish.
Portrayed by Cary Elwes
Buttercup's true love, who left to find work so that he could provide for her. She received word that he had been killed by the Dread Pirate Roberts. 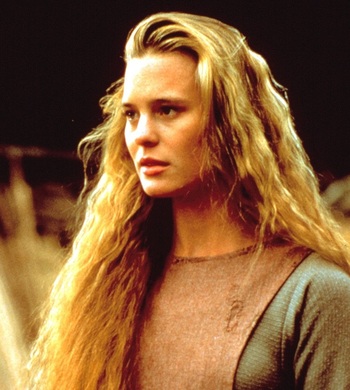 Portrayed by Robin Wright
A beautiful girl who is selected to marry the prince. She is adored by the people and is willing to go through with the marriage, but is kidnapped at the start of the story.
Inigo 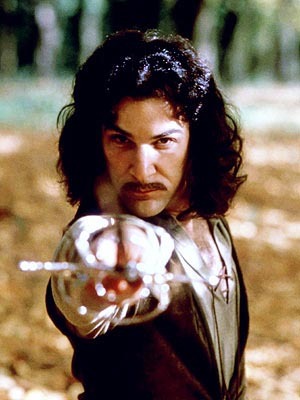 You seem a decent fellow. I hate to kill you.
Portrayed by Mandy Patinkin
"Without a word, the six-fingered man slashed him through the heart. I loved my father. So naturally, I challenged his murderer to a duel. I failed. The six-fingered man leave me alive... but he gave me these." [points to scars on cheeks] "I was 11 years old. When I was strong enough, I dedicated my life to the study of fencing. So, the next time we meet, I will not fail. I will go up to the six-fingered man and say, 'Hello, my name is Inigo Montoya. You killed my father. Prepare to die.'"
—Inigo Montoya

A master swordsman working as a mercenary while searching for the six-fingered man who killed his father. 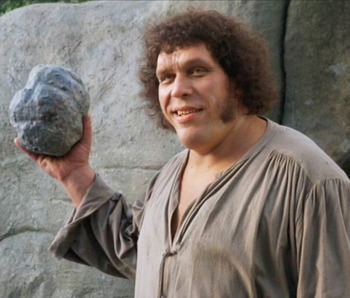 "It's not my fault being the biggest and the strongest. I don't even exercise."
Portrayed by André the Giant
Inigo: That Vizzini, he can fuss.
Fezzik: Fuss, fuss... I think he like to scream at us.
Inigo: Probably, he means no harm.
Fezzik: He's really very short on charm.
Inigo: You have a great gift for rhyme.
Fezzik: Yes, yes, some of the time.

A friendly giant mercenary who has worked with Inigo in the past. 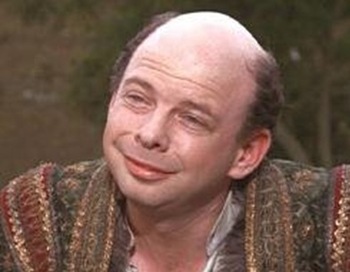 Inconceivable!
Portrayed by Wallace Shawn
"You fool! You fell victim to one of the classic blunders — the most famous of which is never get involved in a land war in Asia — but only slightly less well-known is this: Never go against a Sicilian when death is on the line!"
—Vizzini

The diabolical mastermind behind the kidnapping of Princess Buttercup. Still a mercenary, however. 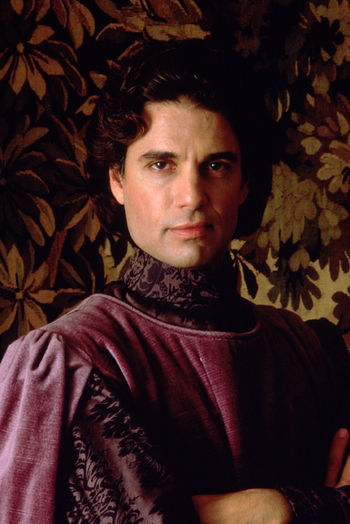 Please consider me as an alternative to suicide.
Portrayed by Chris Sarandon
"Tyrone, you know how much I love watching you work, but I've got my country's 500th anniversary to plan, my wedding to arrange, my wife to murder and Guilder to frame for it; I'm swamped."
—Prince Humperdinck

The prince of the kingdom of Florin, and Buttercup's husband-to-be. 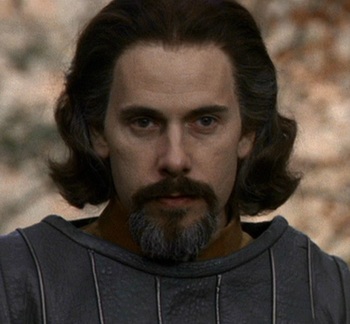 Portrayed by Christopher Guest
A six-fingered man who is both Humperdinck's most valuable ally and closest friend.
Max & Valerie

Miracle Max and his wife Valerie 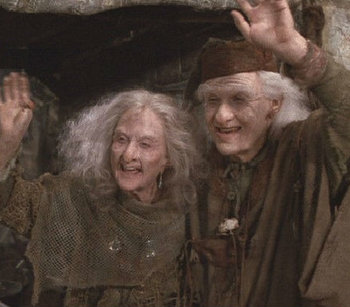 Have fun storming the castle!
Portrayed by Billy Crystal & Carol Kane
"Sonny, true love is the greatest thing, in the world — except for a nice MLT, mutton, lettuce and tomato sandwich, where the mutton is nice and lean and the tomato is ripe—they're so perky, I love that."
—Miracle Max

The Miracle Man who works as a healer, and his wife who makes him actually work. 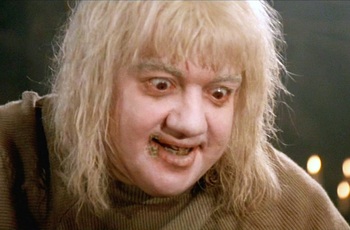 The Pit of Despair! Don’t even think...clears throat...don’t even think about trying to escape.
Portrayed by Mel Smith
Rugen's assistant.
Clergyman 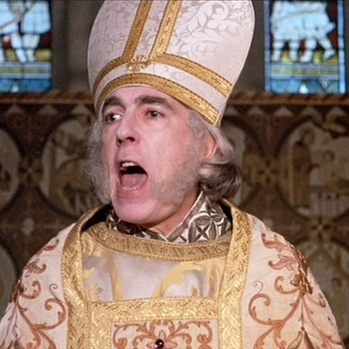 The priest who performs the marriage ceremony between Buttercup and Humperdinck. 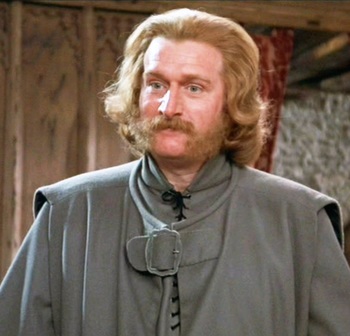 Portrayed by Malcolm Storry
Head of law enforcement in Florin. 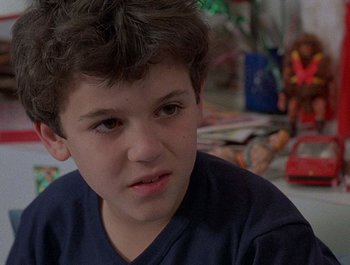 Portrayed by Fred Savage
"They’re kissing again. Do we have to read the kissing parts?"'
— The Grandson

A young boy who is staying home sick, and is read a story from his grandfather. 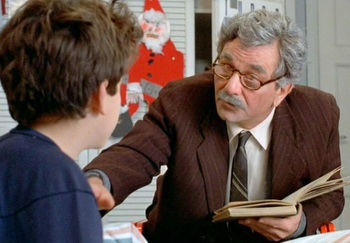 The boy's visiting grandfather, who reads him a story to make him feel better while sick.