One of the participants in the royal selection to become king of Lugunica. A somewhat dense, but hard-working woman, who tends to prefer masculine attire. If she is chosen as the new king of Lugunica, she vows her first act will be to free Lugunica from the dragon's covenant. 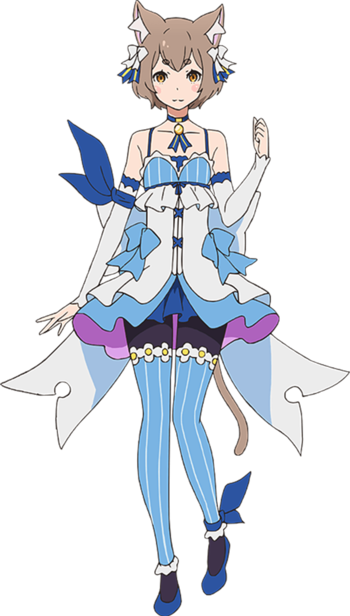 Also going by "Ferris", a Lugunica Royal Knight that sports feline features, such as a tail and ears. Felix likes to take advantage of his feminine appearance and adopts feminine mannerisms, mostly to tease others who aren't expecting it. He's also a powerful water magician, specializing in healing magic.

A retired Lugunica Royal Guard and skilled swordsman who works as Crusch's servant.