Shared Tropes
Tropes which commonly apply to the Archbishops of Sin and associated members.
Petelgeuse Romanee-Conti 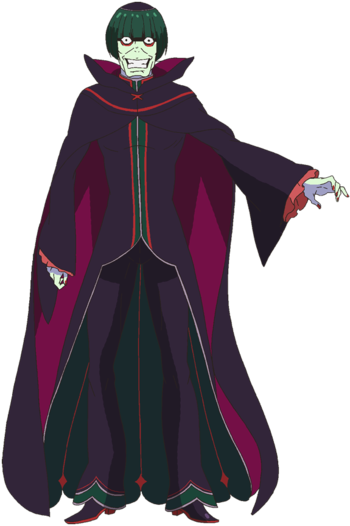 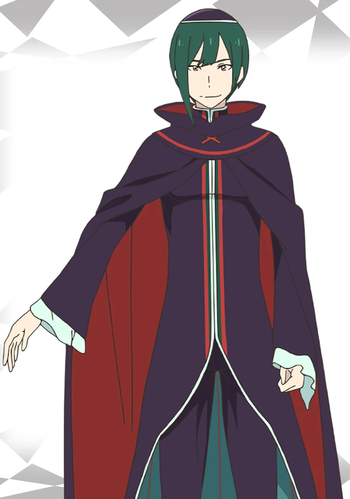 The Archbishop of Sloth. He's a deeply unstable man who will happily slaughter countless innocents if he believes it's in service to Satella.

The Archbishop of Greed. He believes that he has certain rights that can never be violated, such as the ability to speak without ever being interrupted. He also believes that he is entitled to marry beautiful women whose appearances and personalities he deems pleasing, and will force any woman he finds to fit these criteria to marry him. He also forbids his wives from showing emotion, such as smiling, feeling it makes him like their faces less, and overall treats them more like art objects then people.

Unlike other Archbishops, the Authority of Gluttony is divided into three siblings.

Tropes applying to the three 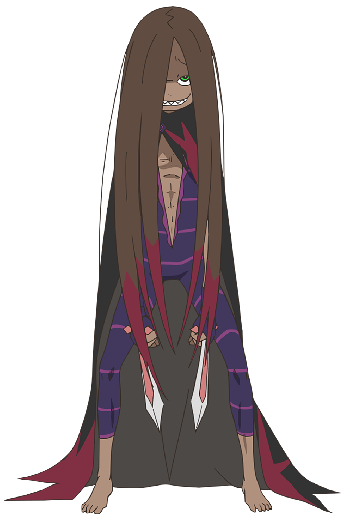 The Archbishop of Wrath. She sees herself as Petelgues's wife despite never seeing the two of them together on screen and Petelgues's fixation on Satella. She has the ability to manipulate people's emotions and fights with two large hooks on chains.

The Archbishop of Lust.

Currently vacant and whereabouts is unknown. There was an Archbishop of Pride name Stride Vollachia who was an heir to the Vollachian Empire but he died a long time ago and his Authority was never shown. Petelgeuse speculates it might be Subaru, with several other characters furthering this theory, due to him having an extremely thick Witch's miasma surrounding him as well as being able to subvert the scripture of the Witch Cult's Gospel. In addition, Shaula notes that he has three "keys", which are implied to be Authorities, despite Subaru having slain only two Archbishops at that point, with Return by Death alluded to be the Authority of Pride. In addition to this, an alternate If route written by the Author has Subaru join the Witch Cult and has him become the Archbishop of Pride, though it is unknown if he truly is the Archbishop or is just taking the title.