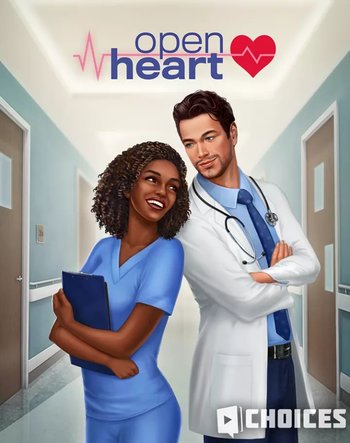 (Not to be confused with the TV series of the same name.)

Open Heart is one of the many Visual Novels from Pixelberry's Choices: Stories You Play collection. A Medical Drama, this story stars you, a new intern at Boston's Edenbrook Hospital, serving under the renowned and demanding Dr. Ethan Ramsey. Can you save your patients' lives?