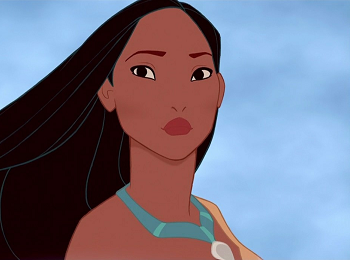 The daughter of the Powhatan chieftain, she's a very adventurous young woman who is immediately intrigued by the white colonists, led by Governor Ratcliffe, who newly arrive in the New World—unlike the rest of her tribe, who fears them. She meets John Smith, one of the settlers who has made a life of adventuring and killing "savages", whom she teaches to accept people that are different than he. They eventually fall in love, but are torn apart by the distrust and violence their two people have for each other. She later becomes an emissary for her people and travels to England, where she falls in love with John Rolfe. 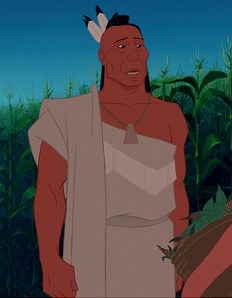 The leader of the Powhatan tribe, and Pocahontas' father. 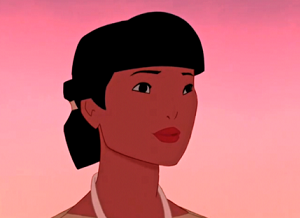 Nakoma is a member of the Powhatan tribe, and is best friends with Pocahontas. 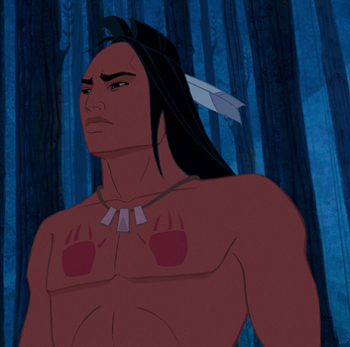 Kocoum is Powhatan's strongest and most-respected warrior and fought bravely in the battle against the Massawomecks.

Grandmother Willow is a sentient weeping willow tree that serves as an adviser to Pocahontas. 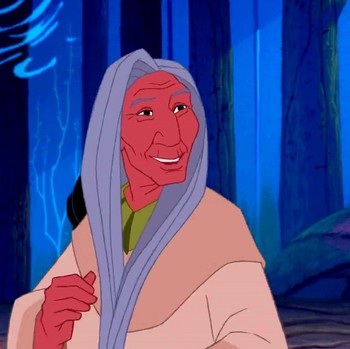 "You know Pocahontas. She has her mother's spirit; she goes wherever the wind takes her."
Voiced by: Gordon Tootoosis (speaking), Jim Cummings (singing)

Kekata is the shaman of Pocahontas' community, and one of the elders. He also serves as a sort of confidant to Chief Powhatan. 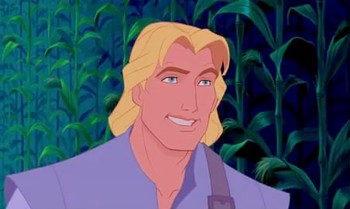 John Smith is a young 27-year-old English explorer who is shown to already be a legend when he first appears, as Thomas mentions that there are "amazing stories about him." He is well known for his exploits as an explorer, not to mention his success at fighting "savages". 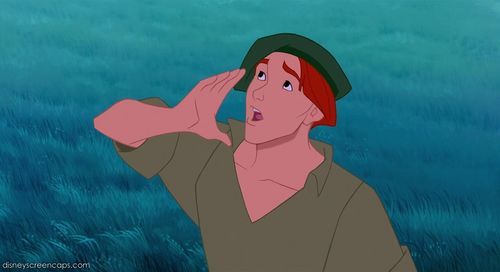 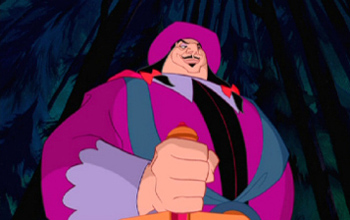 Governor Ratcliffe is the main antagonist of the film. 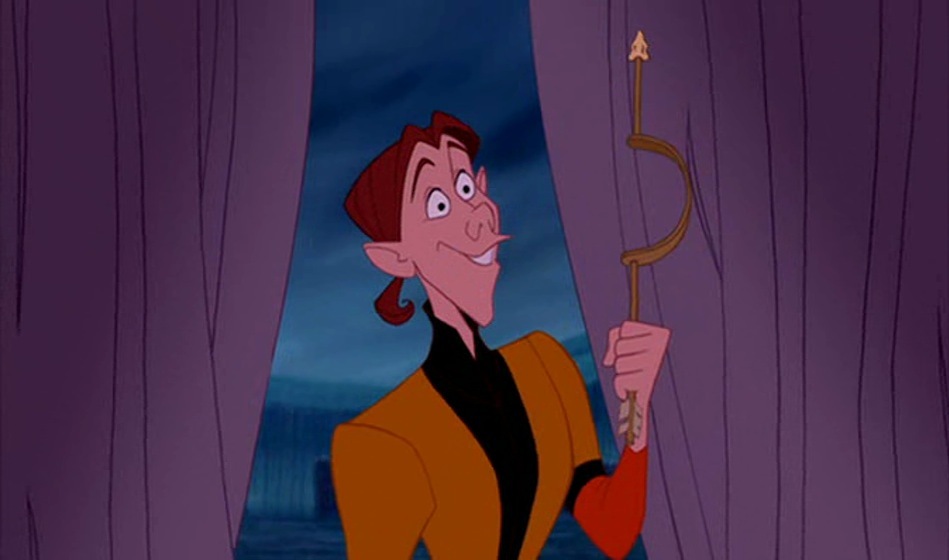 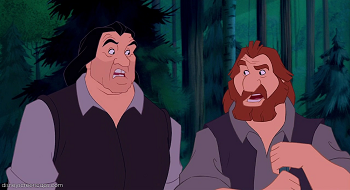 "It could look like Ratcliffe's knickers for all I care."

Ben and Lon are two of the settlers that travel to the New World with the Virginia Company. 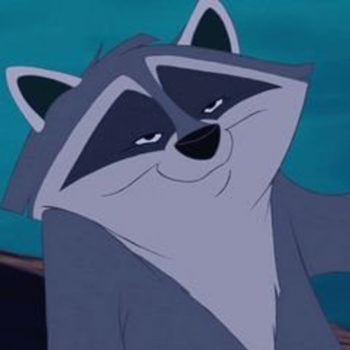 Meeko is a raccoon and one of Pocahontas' animal friends. 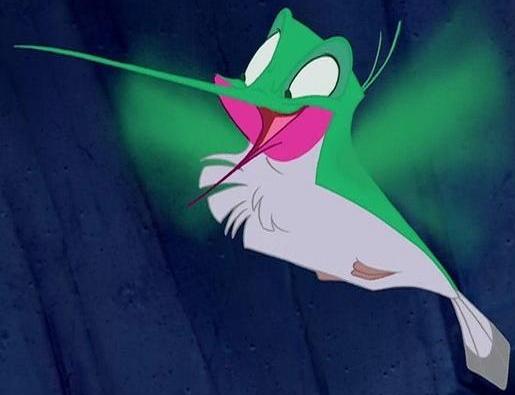 Flit is a hummingbird who is a friend of Pocahontas. 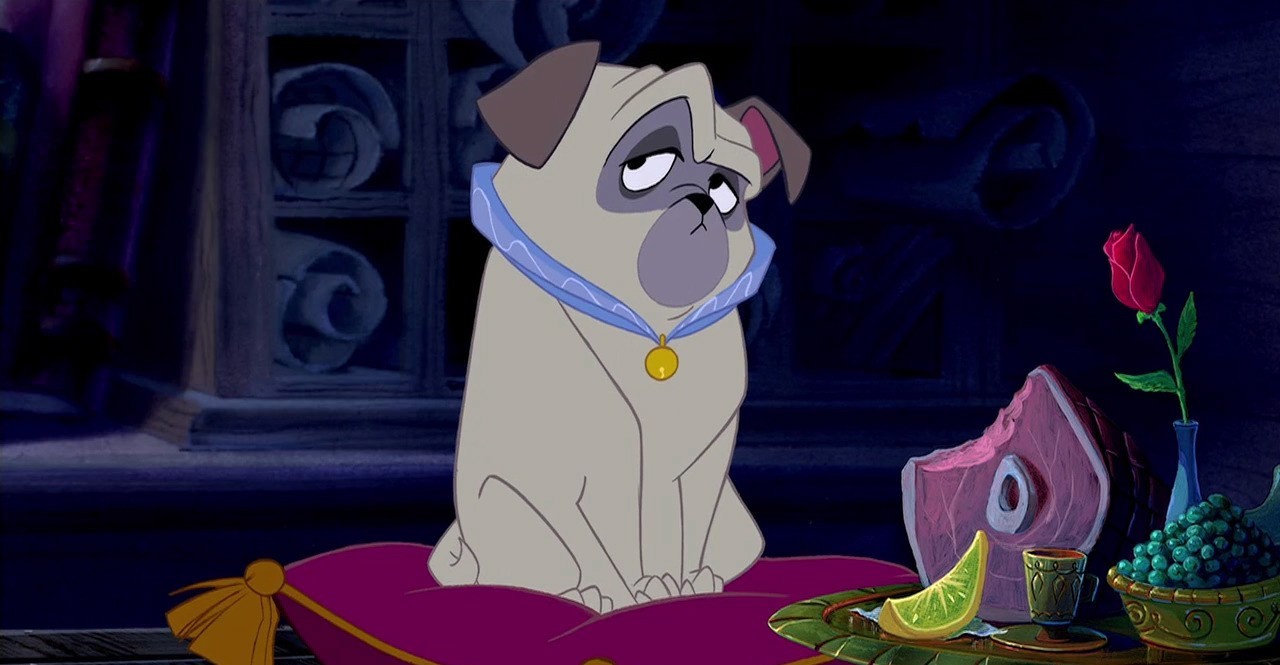 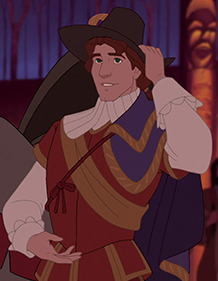 John Rolfe is a dashing young English diplomat in service to King James. 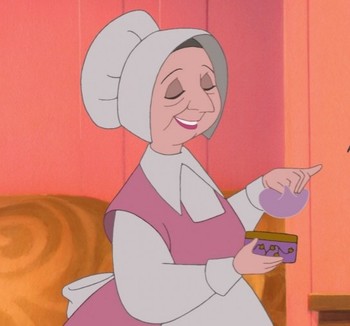