Chuck is a 50-year-old human astronaut who gets stranded on Planet 51.

Lem is a 13-year-old who works in the planetarium. When he first meets Chuck, he agrees to help him stop his spaceship. When Chuck is captured by Kipple, he leads a group of friends on a rescue mission to save him and help them stop the ship.

Lem's 15-year-old neighbor and crush, which she actually reciprocates.

General Grawl is a 69-year-old general who relentlessly pursues Chuck. 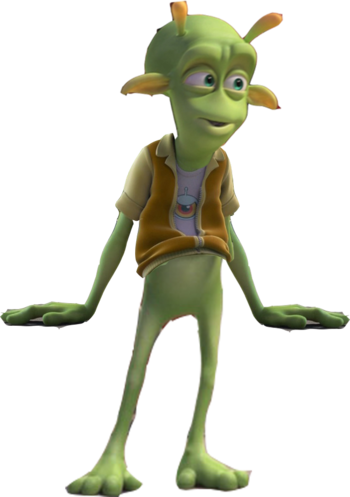 Skiff is the 14-year-old best friend to Lem and a friend of Eckle's.—-
Eckle
Voiced by: Freddie Benedict

Eckle is Neera's 8-year-old brother who speaks in a British accent. 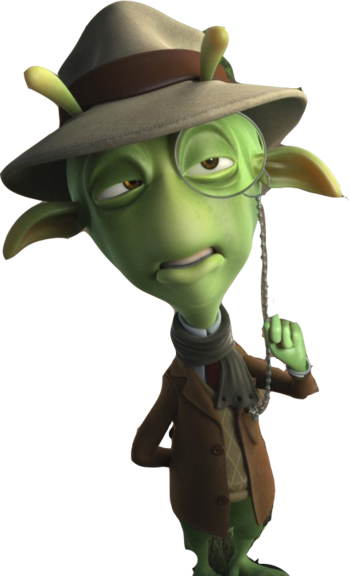 Professor Kipple is a 80-year-old scientist who helps General Grawl to get rid of Chuck's brain. He is Grawl's henchman. At The Stinger, he is revealed to be the Big Bad of the movie.