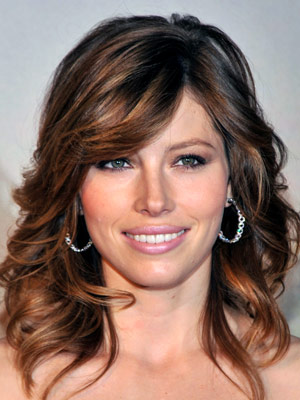 Jessica Claire Biel (born on March 3, 1982 in Ely, Minnesota) is an American actress whose big break, much to her chagrin, was in 7th Heaven. She's since put that behind her thanks to movies ranging from The Illusionist to The A-Team. She's also known for being Justin Timberlake's wife. They have a son, Silas.

Not to be, but sometimes, confused with Jessica Alba in spite of looking nothing alike — and even though they've both appeared in at least one movie together (Valentine's Day). In fact, commercials for Blade: Trinity couldn't air because they mistakenly advertised Jessica Alba as starring.

Works associated with this actress:

This actress' work provides examples of: