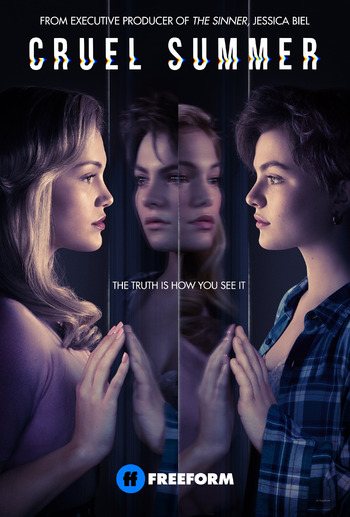 Cruel Summer is an anthology series airing on Freeform.

The first season, starring Chiara Aurelia and Olivia Holt, takes place over the course of three summers in the 1990s. The season tracks how Jeanette Turner, a mousy teenage girl in a small Texas town, became the most popular girl at school, and then the most hated in the country, with her rise and fall mysteriously connected to the disappearance of popular girl Kate Wallis.

In April 2022, it was announced that the second season would have an entirely new cast, storyline, and showunner. Like the first season, it will feature three timelines playing out simultaneously, this time following three teens in a small Pacific Northwest town circa Y2K and their intense friendship that ultimately leads to tragedy.