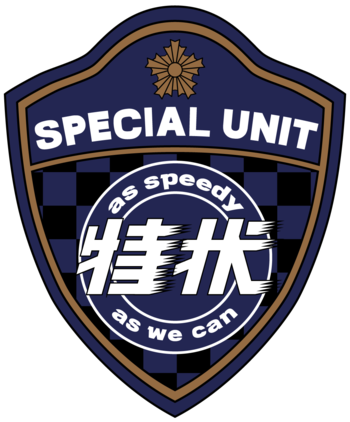 The Special Investigation Unit, or SIU, was formed in the aftermath of the Global Freeze incident in order to investigate any future cases that may involve Slowdowns. Despite that, the unit is only a small team and their office isn't even located at the Police HQ, but at a driving school. Not that stops them from fighting crime and kicking butt.
General Tropes
Shinnosuke Tomari/Kamen Rider Drive 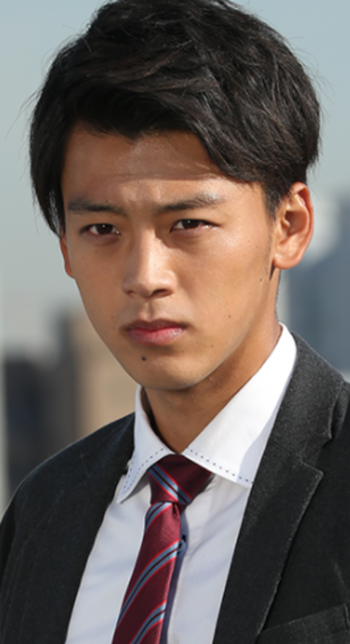 Shinnosuke is a policeman of the Metropolitan Police Department. In his past, he was a hot-blooded elite detective, but he lost his motivation in the "Global Freeze" incident when he severely injured his partner. Shinnosuke was then "exiled" to the Special Crime Unit, traumatized by hurting his colleague and permanently removing him from the force.

Several months later he comes into the possession of the Tridoron, a car that can seemingly talk to him. He discovers that the voice is the Drive Driver, who encourages Shinnosuke to become the secret hero Kamen Rider Drive.

Tropes exclusive to him as Kamen Rider Drive 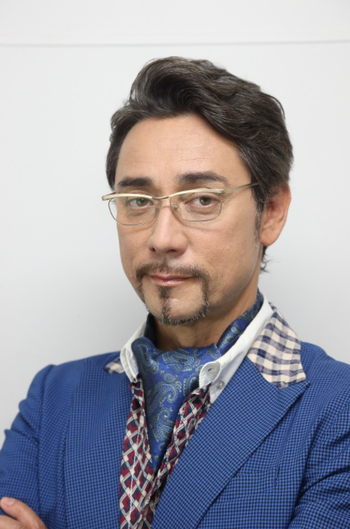 The developer of the Drive System and the Tridoron, who was also was involved in the creation of the Roidmudes. He was killed by Heart 15 years before the story begins, but he transferred his mind into the Drive Driver before his death. Shinnosuke often calls him "Mr. Belt"; a nickname chosen before Krim divulged his identity.
Kiriko Shijima 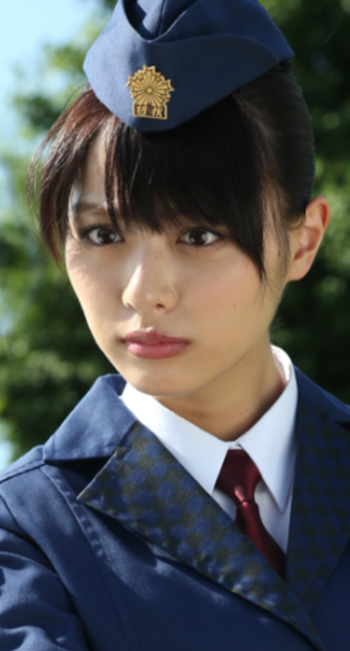 The heroine of Drive, she is a cop belonging to the Special Crime Unit of the Metropolitan Police Department. She accomplishes her jobs and assignments mechanically, and her apparent reluctance to smile or laugh can make her seem frightening. In reality, she knows the true identity of Kamen Rider Drive, and she takes an active part in the fights as Shinnosuke's right-hand (wo)man. 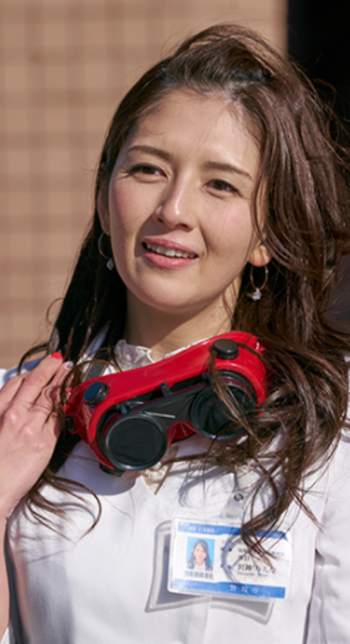 She is a scientist in electronic physics and an honorary member of the Special Crime Unit of the Metropolitan Police Department. She performs studies of the Roidmudes' powers, and helps Shinnosuke's investigations as the person in charge of the mechanics. She's also soon revealed to be the resident technician of the Drive Pit, helping to develop and maintain Drive's equipment. She is single and is rather impatient on the inside. She also has a bright personality, and is the mood maker of the SIU.
Kyu Saijo 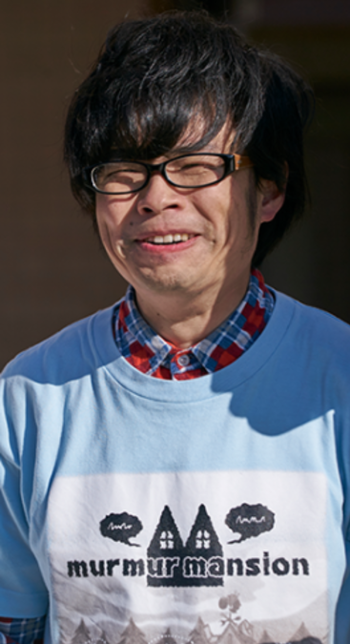 He is a network student and an honorary member of the SIU. He is a digital expert who possesses a huge amount of network-related books, and he is talented at information-gathering. His occult hobbies enter slightly dangerous areas, and his approach towards cases is sometimes frowned upon by the whole unit.
Jun Honganji 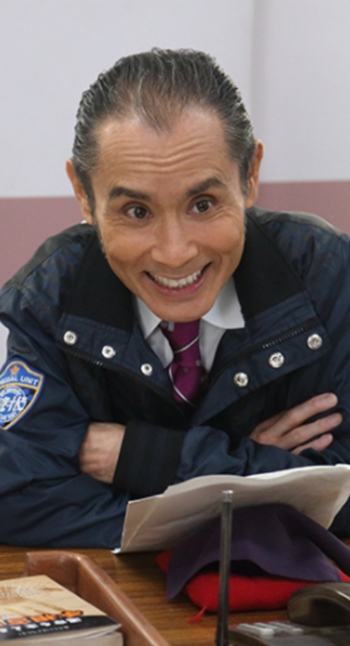 He is the section chief of the Special Crime Unit of the Metropolitan Police Department. He is a political centrist who really hates trouble, and orders Kiriko to keep an eye on Shinnosuke because of his habit to skip work. He is interested in fortune-telling and feng shui, and the color of his necktie matches the lucky color of each day.
Genpachiro Otta 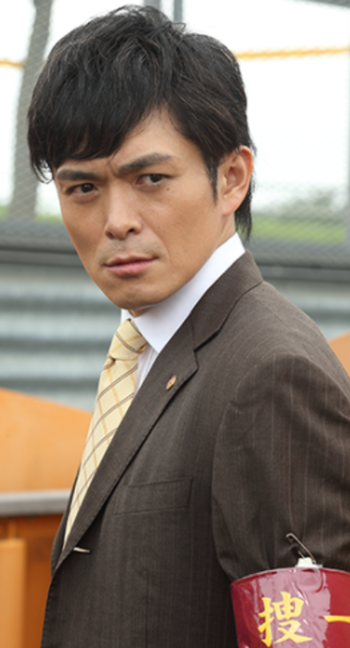 He is the assistant police inspector belonging to the Metropolitan Police Department's first investigation division. A very active detective, he has been dispatched from his division to liaison with the Special Crime Unit. He thinks that the work of the SIU is completely terrible, mocking it as an "occult club". He has a sharp tongue, but he is a competent detective whose methods surprisingly match Shinnosuke's. In reality, there is an childish side to him, and it's the one thing he doesn't want anyone to know.
Advertisement: 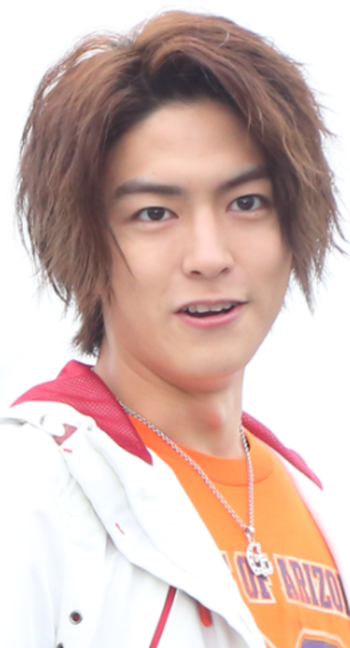 Kiriko's younger brother, a freelance photographer who returns to Japan for urgent business. He transforms using the Mach Driver Honoh. Unlike Drive, Mach's motif revolves around bikes, which aligns him more to a traditional Rider, though he has a secondary theme revolving around road signs. His various forms change the sign on his chest.

Tropes exclusive to him as Kamen Rider Mach

See his character sheet under Roidmudes.