These characters are the mentors to Team Avatar.

The four Avatars that came before Aang, listed in descending order. Even after their deaths, they serve as Spirit Advisors for the current Avatar, and can lend Aang their power through the Avatar State. Since Roku is the one that came directly before Aang, he does most of the advising. 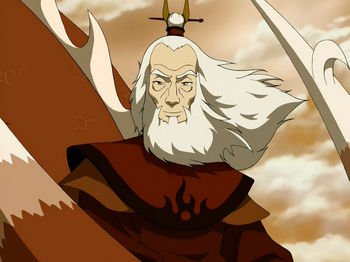 "In my life, I tried to be disciplined and show restraint, but it backfired when Fire Lord Sozin took advantage of my restraint and mercy. If I had been more decisive and acted sooner, I could have stopped Sozin and stopped the War before it started. I offer you this wisdom, Aang: You must be decisive."

Roku is a Fire Nation Avatar and the one directly preceding Aang. He blames himself for the war, and with good reason — he was close friends with Fire Lord Sozin and was unwilling to kill him in order to put a stop to Sozin's imperialism before it got out of hand. 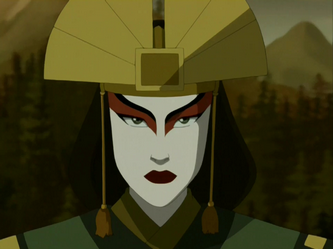 "Only justice will bring peace."

Kyoshi is from the Earth Kingdom and the founder/creator of Kyoshi Island. She is best known as the creator of the Dai Li and the inspiration for the Kyoshi Warriors. She is also on record for the most triumphant demonstration of the power of the Avatar State, as she used it to alter plate tectonics. 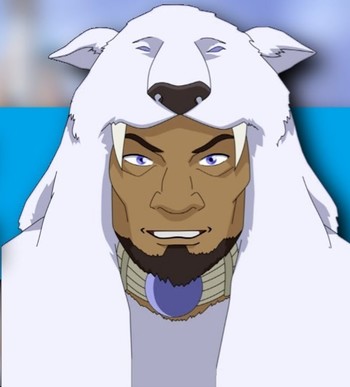 "Aang, you must actively shape your own destiny and the destiny of the world."

Kuruk was the Avatar preceding Kyoshi, hailing from the Northern Water Tribe. Describing himself as a 'go with the flow' Avatar, he let people work out their own problems— which he came to regret when the spirit Koh kidnapped his wife, Ummi, and stole her face.

For more on him, check out the two Kyoshi-focused prequels. While he is very, very dead by then, several of his friends are major characters who offer insight about him, and like Roku to Aang, he ends up giving Kyoshi a flashback of his history to help her understand what she's up against and what she has to do next— a flashback which completely upends what she thought she knew about him. 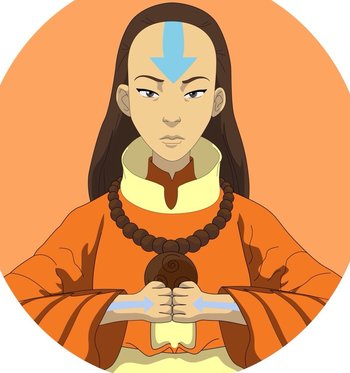 "Selfless duty calls you to sacrifice your own spiritual needs and do whatever it takes to protect the world."

Yangchen is an Air Nomad, and can give Aang insight the others can't due to their shared heritage. However, she believes that Aang's pacifism is detrimental to his job as Avatar. While she isn't as well known by the time of the series, the Kyoshi Chronicles show that she was a successful, beloved Avatar across all Four Nations. 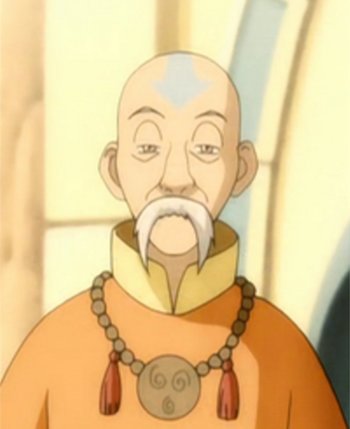 "Aang, I'm not going to let them take you away from me."

Aang's guardian at the Southern Air temple. He frequently tried to keep Aang from working towards his Avatar duties, preferring what was best for Aang over "what was best for the world"; while he was trying to look out for Aang's well-being, this might have made Aang more reluctant to face his destiny. 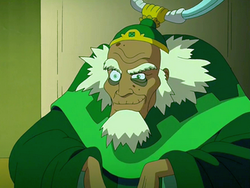 Calling himself a "mad genius", Bumi was a childhood friend of Aang. After Aang got frozen in the iceberg, Bumi grew into an old man and became King of the Earth Kingdom city of Omashu. With Aang now free and accepting his quest, Bumi uses his unorthodox teaching methods to train his old friend for the trials ahead. He's also a member of the White Lotus. 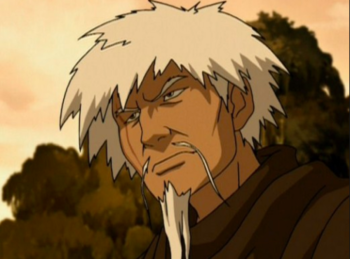 "Water brings healing and life, but fire brings only destruction and pain. It forces those of us burdened with its care to walk a razor's edge between humanity and savagery. Eventually, we are torn apart."

Once a legendary admiral of the Fire Nation and one-time teacher of Zhao, Jeong-Jeong eventually realized the horrors the Fire Nation had let loose on the world and deserted, becoming the first person in history to do so and survive. Now a hermit living in the woods, Jeong-Jeong believes that Firebending is a curse due to its destructive nature. On orders from Avatar Roku, Jeong-Jeong gave Aang some rudimentary lessons on Firebending. He's also a member of the White Lotus. 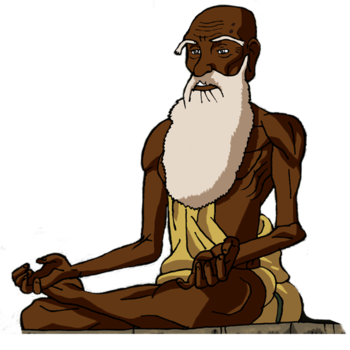 "I was a spiritual brother of your people, and a personal friend of Monk Gyatso."

One of the oldest people in the Avatar world (even older than Bumi), Pathik has been alive long enough to have known the Air Nomads. Seeking out the Eastern Air Temple after a vision, he patiently waited for the Avatar there. He encountered Appa while the sky bison had been separated from Aang, and used a special technique to locate the Avatar. He also attached a note to Appa's horn, promising that he could teach Aang to master the Avatar State. When Aang came looking to take him up on his offer, he instructed the young Avatar on how to unlock his chakras, pools of energy in the body that must be opened for the Avatar State to function properly. Aang was able to open all but the last one, because the process involved letting go of Katara. The last we see of Pathik is him warning Aang that if he leaves now, he won't be able to enter the Avatar state at all. 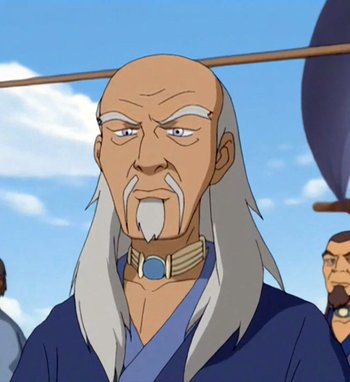 "You want to learn to fight so bad? Study closely!"

One of the greatest Waterbenders in the world, and well aware of it, Pakku is a Waterbending teacher from the Northern Water Tribe. In his youth, he was engaged to a woman named Kanna. Though he loved Kanna, she was put off by his arrogance and fled to the South Pole. Since then, Pakku has been bitter towards women (and, in fact, towards everyone), believing that female Waterbenders should stick with healing. Naturally, he came into conflict with Katara. While Pakku was ten times the bender Katara was at the time, Katara "won" by unknowingly revealing that Kanna was her grandmother. Confronted with what could have been if he had not been so arrogant in his youth, Pakku changed his mind enough to give some Waterbending lessons to Katara and Aang. He's also a member of the White Lotus. 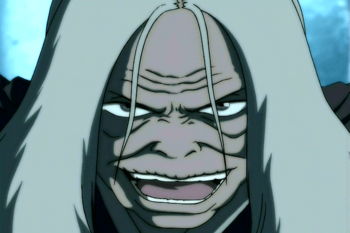 "We're the last Waterbenders of the Southern Tribe! We have to fight these people whenever we can, wherever they are, with any means necessary!"

A Waterbender from the Southern Water Tribe, Hama was one of many benders who defended her home from the Fire Nation. Eventually imprisoned and kept from all liquids, Hama was left to rot. She eventually realized that water is part of all life, and used this to create a deadly subset of Waterbending: Bloodbending, a dark art of manipulating the bodies of others. After using this to escape, Hama kept to herself in the Fire Nation countryside, and used her powers once a month to torment Fire Nation civilians. But she's not getting younger, so she intends to pass the art of Bloodbending onto the next generation. And no, she doesn't care what Katara has to say about that. And she's not a member of the White Lotus. 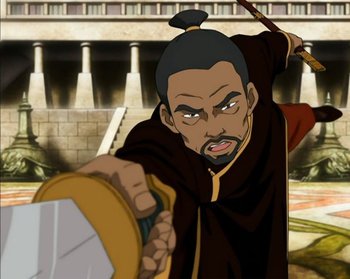 "The sword is a simple tool, but in the hands of a master it becomes the most versatile of weapons. Just as the imagination is limitless, so too are the possibilities of the sword."

A legendary swordsman/smithy of the Fire Nation, Piandao grew tired of the Fire Nation's ways and went into retirement. He regards swordsmanship as an art, and often paints as a way of honing it. Although he had been approached by many other students and dismissed them, he made an exception for Sokka due to his modesty and honesty. Supportive of his student even after learning of Sokka's Water Tribe status, he taught Sokka the way of the sword. He's also a member of the White Lotus.