This is the list of characters from the Nickelodeon series Avatar: The Last Airbender. For the sequel series, please check out The Legend of Korra. For the spinoff novels starring Avatar Kyoshi, please see The Rise of Kyoshi.

Due to the presence of Cast Herds, this page is split accordingly.

Characters from related series:
Advertisement:
open/close all folders
The Avatar

"We are bonded forever." 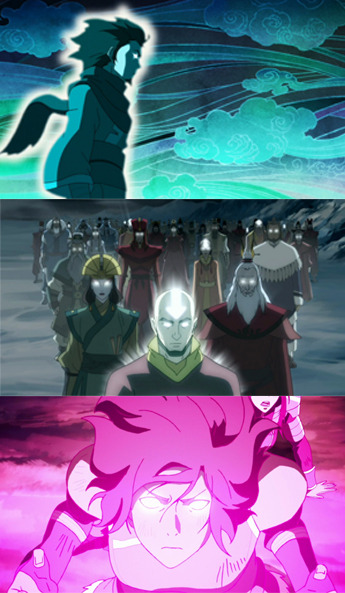 "You think your power has limits. I say it's limitless."note From top to bottom: Wan the first; his 10,000 year legacy ending with Kyoshi, Roku, and Aang; Korra the transition point

The Avatar is the most powerful being in the Avatar universe. The Avatar is the only being which can master the four elements and can energybend as well. It first came to existence 10,000 years before the main story, as the result of a permanent fusion between Wan - the first man to not only possess the power of more than one element, but the first human bender as well - and Raava, the spirit of light and peace. The Avatar is a reincarnation of Wan throughout the millennia, starting a cycle that began the moment Wan died.

The Avatar's mission in life, a task set forth by Wan himself, is to maintain balance of the world, as well as between the mortal and spirit realms. This job includes bringing peace between groups in conflict, or defeating threats to world peace such as imperialist tyrants bent on conquest. The Avatar is also the spiritual leader of the world; due to being half spirit, the Avatar is most powerful in the Spirit World, as opposed to other humans who normally are powerless in comparison. The Avatar must master the four elements and attain a certain degree of balance within themselves; they are then referred to as a "fully realized Avatar".

For tropes specifically relating to Korra, Aang, the Avatars who preceded them, or Wan himself, please visit the various pages in the Character pages for both Avatar: The Last Airbender or The Legend of Korra.

These are descriptions of the four cultures.
Air Nomads

Air is the element of freedom. The Air Nomads detached themselves from worldly concerns and found peace and freedom. Also, they apparently had pretty good senses of humor. 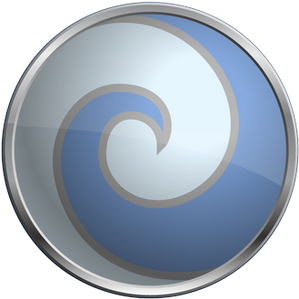 Water is the element of change. The people of the Water Tribes are capable of adapting to many things. They have a sense of community and love that holds them together through anything. 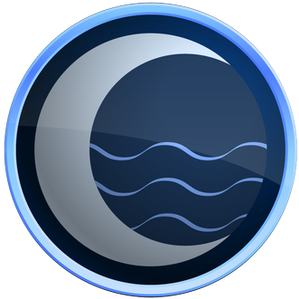 Earth is the element of substance. The people of the Earth Kingdom are diverse and strong. They are persistent and enduring. 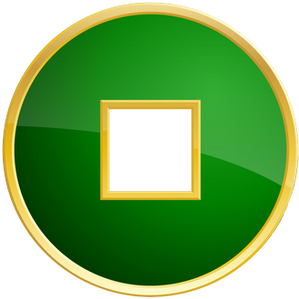