This is Team Avatar or, going by the Fan Nickname, the Gaang. For their older selves in The Legend of Korra, see that character page.

From left to right: Sokka, Suki, Toph, Katara, Zuko, and Aang.
"Enough with the 'Team Avatar' stuff. No matter how many times you say it, it's not gonna catch on."
—Katara (to Sokka), "The Drill" 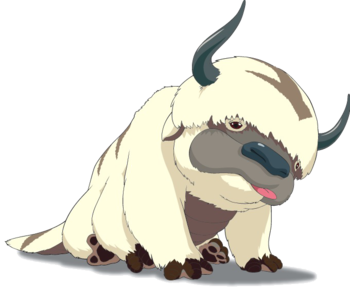 Aang's pet flying bison as well as his lifelong friend and companion who was sealed in the iceberg with him when he ran away. Acts as the group's main form of transportation. 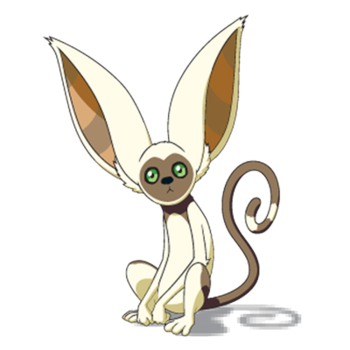 A flying lemur found in the ruins of the Southern Air Temple, Momo is Aang's other pet he picked up after being released from the iceberg. A close friend of Appa, he's just around for the comic relief. 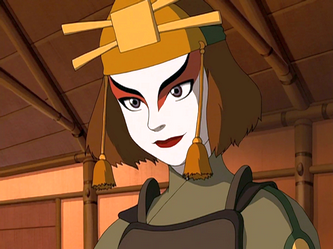 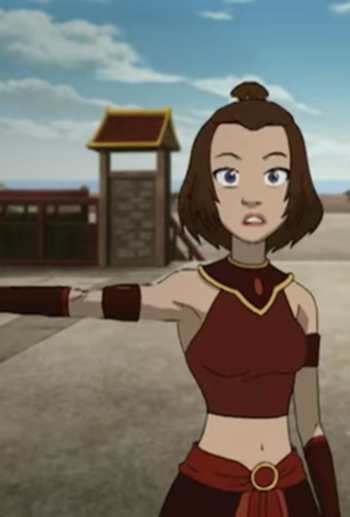 to see her out of her Kyoshi Warrior uniform.

Leader of the Kyoshi Warriors, Suki served as an early mentor and love interest for Sokka. Although she's dedicated to her job, she does have a soft side that comes out when Sokka's around. After the Yue incident, Sokka became a bit overprotective of her even though she's probably more capable than he is. And for good reason — after running afoul of Azula, she was presumed dead for quite some time. Fortunately, she was alive and became a permanent member of the group just in time for the final showdown.