The nine participants that have been trapped in the facility. They have been split into teams of three, with each trio locked in a different wing of the facility. Naturally, nobody is what they seem; spoilers ahoy. You Have Been Warned. All spoilers, including those pertaining to Nine Hours, Nine Persons, Nine Doors and Virtue's Last Reward, will be unmarked.

The leader of Team C. A level-headed and honourable firefighter with a "serious reason" for taking part in the Decision Game.
Junpei

The protagonist of Nine Hours, Nine Persons, Nine Doors and a childhood friend of Akane. Intelligent but cynical, he currently works as a detective.
Akane

The heroine of Nine Hours, Nine Persons, Nine Doors. She presents herself as demure but actually possesses a shrewd cunning.

Q is trapped in a truly Adult Fear scenario, caught between the volatile Eric and the cold Mira.
Q

The leader of Team Q. An intelligent and curious child who has lost all of his memories.
Eric

Mira's boyfriend. An ordinary ice-cream salesman whose tendency to panic when surprised or stressed makes him unsuited for the psychological stresses of a death game.
Mira

The girlfriend of Eric. Bold and attractive, she comes across as cold or unfeeling, which she shrugs off as simple insensitivity.

Diana, Sigma and Phi work together in most circumstances, but Diana is unaware of Phi and Sigma's real identities, or what they really know.
Diana

The leader of Team D. An optimistic team player who works as a nurse and tries to see the good in everyone.
Sigma

The protagonist of Virtue's Last Reward. A 22-year old college student whose body is currently inhabited by the consciousness of an old man.
Phi

The heroine of Virtue's Last Reward. Phi is an enigmatic ally of Sigma, and claims she is there to save the world. 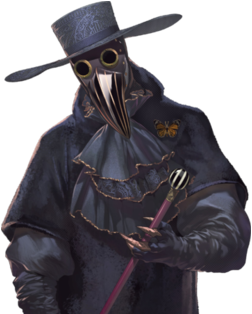 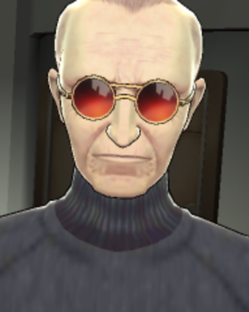 The masked mastermind of the Deadly Game, whose true identity is unknown. He wears a Plague Doctor outfit and loves to give lectures on the butterfly effect and the unfairness of life. He abducted the participants of the game on Dcom and has locked them in a building for his game.

He is actually Delta, Sigma and Diana’s Kid from the Future, the true Q, and Brother, leader of Free The Soul, who formed the cult and released the Radical-6 virus to kill a religious fanatic who would have otherwise wiped out all humanity. His goal is to use the SHIFT powers of the participants to create a timeline where he doesn’t have to unleash Radical-6 and the fanatic is caught instead. 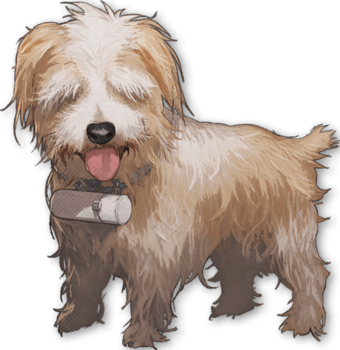 An elderly dog present at the facility. He is small enough to fit through the air vents, allowing all three teams to pass notes to each other.

Eric's family from childhood, consisting of his parents and his younger brother, Chris.

An unidentified individual who influenced Zero into becoming what they are today. If Radical-6 doesn't take them out, they will initiate a nuclear war that will wipe out all of humanity.