The following characters appear in Virtue's Last Reward. Just as a warning, because every character is a Walking Spoiler, spoilers for this game and the first one are unmarked. 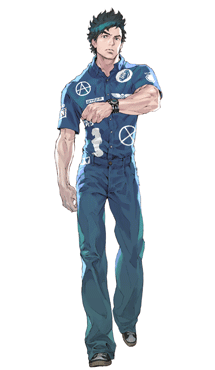 "Gurrrraaaaaaaaaagh! I just solved the shit out of this puzzle!"

An ordinary college student kidnapped from his car on Christmas Eve, and the protagonist of the game. He has a tendency to make risque jokes at inappropriate times and is easily swayed by his emotions, which makes him a poor choice for a game about trust and betrayal. 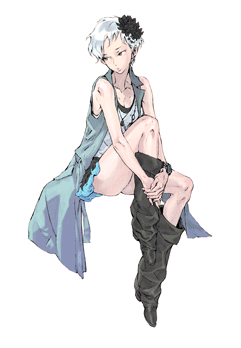 "Well, I'm not Superman, that's for sure. And I'm not Batman, or Spiderman, or Aquaman, or a merman, or a wolfman. I'm not a brahman, or common, or ramen. I'm not a caiman either, so you don't really need to worry about anything. My name is Phi. I guess you could say... I am no man."

A mysterious young girl who begins the Nonary Game as Sigma's first partner. She's quick-thinking, analytical, a smooth liar and knows things that she shouldn't be able to know. 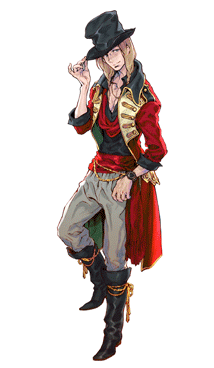 "You betrayed your friends. Am I right? I'm right. But you didn't have a choice, did you? You had to survive!"

A man dressed as a circus ringleader. Though he styles himself as a smooth-talking charmer, he is quick to throw out accusations, take self-serving actions and sow discord amongst the group. 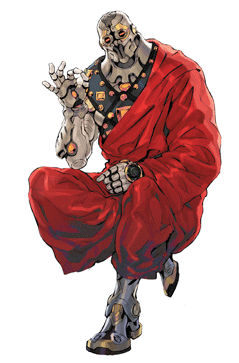 A large man wearing a robotic bodysuit that completely conceals his identity. He is suffering from amnesia and only remembers his name as "K". He is incredibly polite, but chooses his options during the Ambidex Game with the cold precision of a machine. 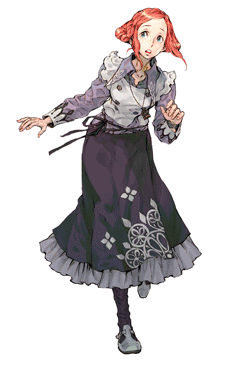 "Being surrounded by nature just makes me feel... happy."

A young pacifist who just wants everyone to get along so that they can all escape together. Her medical license and expertise prove invaluable during the Nonary Game, but she is vague on what her exact discipline is. 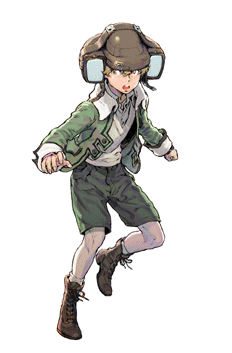 "That was when I decided I’d stay with him forever. Even if he said I couldn’t."

A precocious young boy with a sharp mind. He seems to have a strong attachment to Tenmyouji. 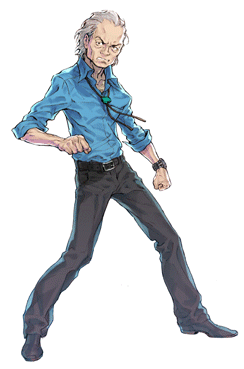 "Then whatever god wrote those rules can fu—... Look, I'm not gonna accept that, all right?"

A sharp-tempered old man who describes his profession as "garbage collector", yet possesses insight into a number of scientific principles and theories. He is slow to trust others, but has a special fondness for Quark. 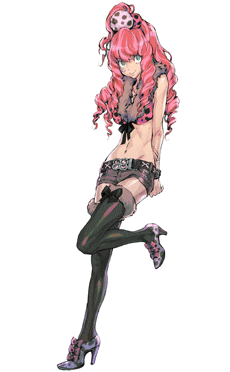 A scantily-clad girl who first appeared in Nine Hours, Nine Persons, Nine Doors. Though cheerful and light-hearted, she isn't the sharpest tool in the shed and is prone to rapid swings of emotion. She is close friends with Alice. 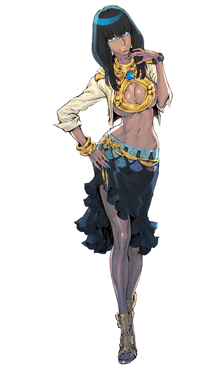 "The existence of this mysterious "Alice" and of this ice that doesn't melt is just ridiculous!"

An enigmatic woman who seems to be a close acquaintance of Clover. A popular rumour is that the water that composes her body is Ice-9, an polymorph of water whose freezing point is just around 36°C (96°F). 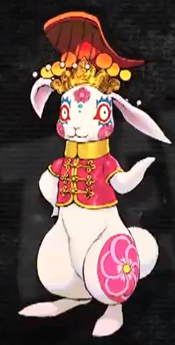 "I'm just the... facilitator for this facility. I just do what I'm told to do!"

The AI controlling the Nonary Game, who manifests as an image of a rabbit. He is not the mastermind of the Nonary Game, but merely a construct programmed by the real Zero to facilitate it. He likes to makes rabbit puns.

The mastermind behind the Nonary Game, and the true Zero III, in the context of the entire series, otherwise known as just "Zero". He/she is nicknamed "Zero Sr." by the players to distinguish him/her from the A.I. calling itself Zero III. According to Zero III, the true identity of Zero Sr. is one of the nine players of the Nonary Game. 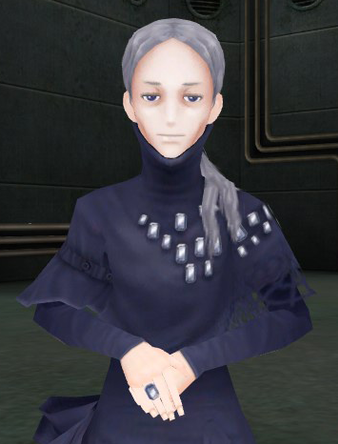 An elderly woman whose body is discovered early in the Nonary Game in the Yellow/Magenta routes. Actually Akane Kurashiki. 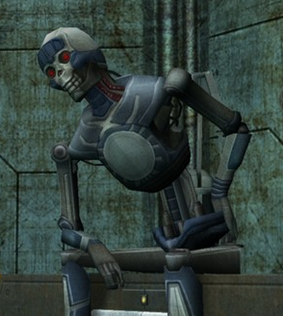 A GAULEM Sigma encounters in Luna's route. He has inexplicably been given the personality and accent of a Cockney man. 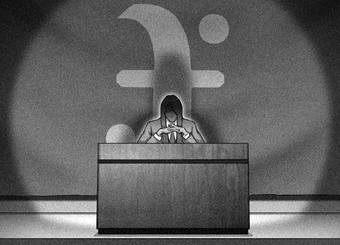 Note: Radically different information about Brother is revealed during Zero Time Dilemma. This entry explicitly disregards that information in ZTD to avoid spoilers; see his character section there for more information.

The Greater-Scope Villain of Virtue's Last Reward, Brother is the name given to the mysterious leader of the cult "Free The Soul". He is an esper, born with psychic abilities that were said to expose him to "the worst aspects of humanity". After the murder of his beloved brother Left (and subsequent police cover-up on behalf of the killer), he was driven to madness and came to believe that God had given him a divine mission to cleanse the world and bring forth a new species of humanity. To this end, he founded the cult "Free The Soul Of Y" (later truncated to "Free The Soul") and the terrorist organisation "Myrmidons". Somehow he was able to orchestrate the release of the Radical-6 virus into the general population, which led to a disaster that nearly drove the human race to extinction. Through his psychic abilities he learned of Akane and her attempt to stop him by rewriting history, so he sent Dio to Rhizome-9 to stop it.

An unknown consciousness that inhabits K's body in the secret ending of the game. Akane suggests that this person will be the key to preventing the virus outbreak. Its true identity and nature are currently unknown, but Word of God suggests this consciousness is meant to represent the player. Zero Time Dilemma reveals absolutely nothing about this person, with the secret ending being declared non-canon.