The character sheet for the miniseries adaptation of Dan Simmons' novel, The Terror. 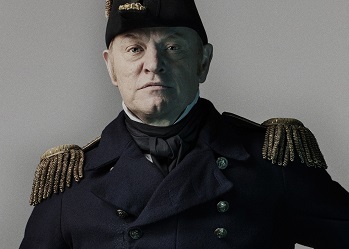 "Does one not bring one's habits to Terror?"
Portrayed By: Jared Harris
"Friend, mother, lover, all the things they say a ship is to a captain and they miss the only thing that matters. Confessor."

Captain of HMS Terror and second in command of the expedition, Francis Crozier is a peerless sailor, but also a lowborn Irishman who has reached his glass ceiling in Her Majesty's Royal Navy. He's had to accept his second-class status without internalizing it even as he sees his accomplishments again and again go unrecognized and his expert advice unheeded. When disaster strikes the expedition and he finally has a chance to prove himself, will he be able to face down his many demons and rise to the challenge of saving his men? 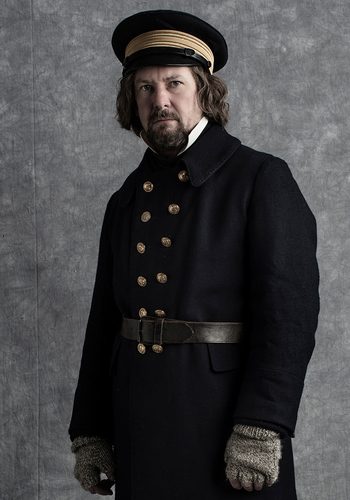 "And once it's past all hope, the mind goes unnatural with thoughts."
Portrayed By: Ian Hart
"What in the name of God took you so fucking long?"

Ice Master of Terror and longtime friend of Francis Crozier, Thomas Blanky has the experience to be a captain himself but prefers the thrill and challenge of battling the constant puzzle of the Arctic ice to the social demands and shallow politics of command. He is a resourceful, unflappable force on the expedition, who refuses to dignify any emergency with fear and trembling. When others retreat, Blanky stands his ground with a shrewd smile and twelve fantastic ideas about how to put any threat in its place. 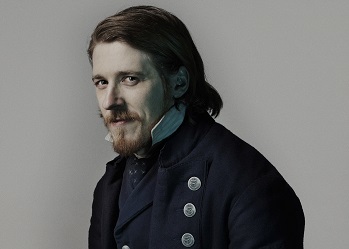 "Survival is a nasty piece of business."
Portrayed By: Adam Nagaitis
"I'll give you some advice: don't indulge your morals over your practicals."

Caulker's Mate on Terror, Cornelius Hickey is a young petty officer whose rank on the ships should, by any standard, keep him invisible to the officers. But Hickey is not quite what he seems. With streetwise intelligence and intense social ambition, he attempts to ingratiate and triangulate his way up the social ladder. But when his early efforts fail, a newfound contempt for authority leads him to an even more dangerous agenda, threatening the expedition from within even as the men battle terrifying forces from without. 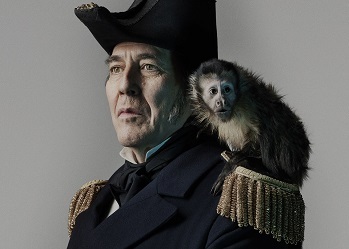 "Educate this creature as to the dominion of the Empire, and the will of the Lord behind it."
Portrayed By: Ciarán Hinds
"It's going to be tight, but that's what we signed up for, an adventure for Queen and Country. An adventure of a lifetime. That's what you tell the men."

Captain of HMS Erebus and commander of the expedition, Sir John Franklin is an experienced leader with a blemished record in the Royal Navy, a man "everyone likes, but no one respects." He saw men die under his leadership on a previous polar expedition, and, nearing the end of his uneven career, would like to retire in full glory as the man who finally discovered the Northwest Passage. But despite his best efforts, his ambition puts his men in horrible danger and he must try to undo the damage caused by his Victorian hubris. 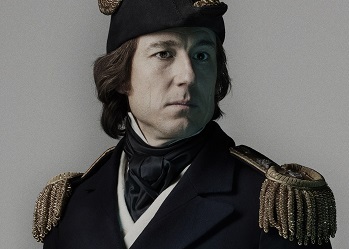 "What else do you require? Respect? Well, earn it."
Portrayed By: Tobias Menzies
"I was quick to want the world rid of its fools an hour ago. I forget sometimes how much an exemplar I am among them."

Second in command of Erebus and third in command of the expedition, James Fitzjames is a rising star in the British Royal Navy. He has secured John Franklin's confidence in spite of his never having sailed in the polar regions before, and develops an enmity toward Crozier. Fitzjames perceives Crozier as a joyless alcoholic bore, but he secretly knows that Crozier sees through his self-aggrandizing bluster. And Crozier is not wrong: When the expedition finds itself in desperate straits, the confident mask Fitzjames presents to the world begins to slip, revealing a man with crippling secrets. 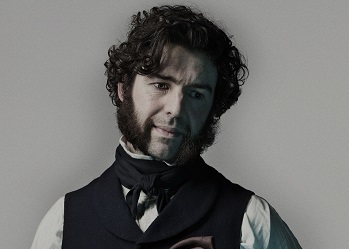 "I don't know what's happening here. I truly don't. This is not how Englishmen act. I, I don't recognize this behavior."
Portrayed By: Paul Ready
"This place is beautiful to me, even now. To see it, with eyes as a child's. There is wonder here, Captain."

The most junior of the expedition's four doctors, Henry Goodsir is a gentle, moral soul who signs on with the Royal Navy’s Discovery Service as a surgeon and naturalist to explore the natural world of the Arctic. But his open-minded intellect and empathetic nature make him the first to realize something supernatural is also in play, and he sets about trying to understand the forces working to destroy the men even while he redoubles his efforts to try to connect with this vast and uncanny landscape and its indigenous people. 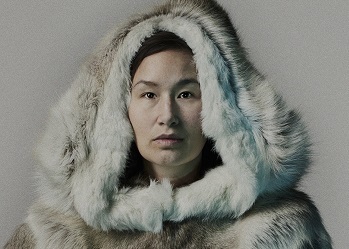 "And who is going to stop you? You use the wind to carry you here. You use the forest to hide inside. You use all this and don't even want to be here. You don't want to live. Look at you. Even if I could help, you don't want it. Why do you want to die?"
Portrayed By: Nive Nielsen

A member of the region's Netsilik people and the daughter of a formidable shaman, "Lady Silence" as she is nicknamed by the men of the expedition, begins our story as a dutiful young woman at risk of being overwhelmed by the destabilizing presence of two ships full of Europeans upsetting the delicate balance of her homeland. But she must quickly learn to manage her fears and find a way to attempt to protect her own people as well as some of the men on the expedition for whom she has come to feel an unexpected friendship. She and she alone may hold the key to reversing the supernatural disaster taking place alongside the men's desperate race for survival.

A lieutenant on Terror, Lieutenant Irving is a religious man who happens upon Hickey’s “relations” with a fellow crew member, earning him the ire of the caulker’s mate. 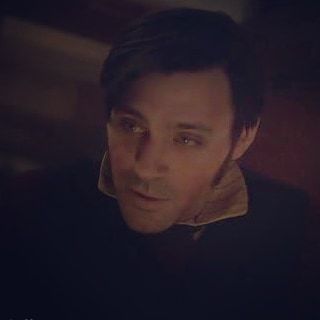 Portrayed By: Christos Lawton
"I'm not a captain. I'm not made of that."
Manson

Captain of the Foretop

The expedition’s diver, and the Second Master on HMS Erebus.

One of the two doctors on Erebus.

Portrayed By: Sian Brooke
"I will never understand this—this mania for the Passage. To go thousands of miles to a place that wants you dead..."

Sir John's niece and the object of Crozier's affections.

Portrayed By: Greta Scacchi
"No one can convince me that optimism or confidence is warm enough."

A nameless Inuit man who is traveling with Lady Silence. He is shot accidentally when he approaches the campsite of Gore’s excursion. He dies almost immediately after, abandoning Silence to the men of the Expedition. 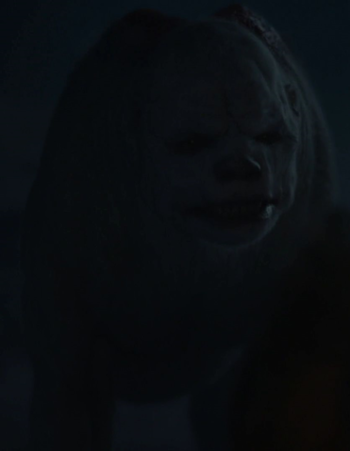 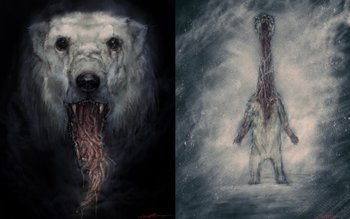 In the book. Art by David Romero.
"A spirit that dresses as an animal."
Thomas Blanky

The beast that stalks the ice. Whatever it is, it certainly isn’t a normal polar bear. Far larger than any natural animal, and far more intelligent, the creature stalks the crews of Terror and Erebus.