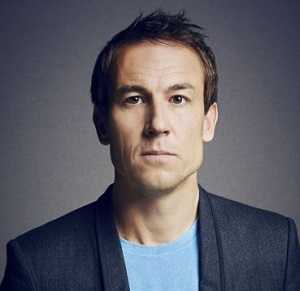 Hanan Tobias Simpson Menzies (born 7 March 1974 in London, England) is an English stage, television and film actor. He is best known for his television roles, having garnered critical acclaim as Brutus in Rome. He then went on to be a regular face on television, playing Edmure Tully in Game of Thrones and appears as Frank Randall / Jonathan "Black Jack" Randall in the 2014 Starz period TV series, Outlander.