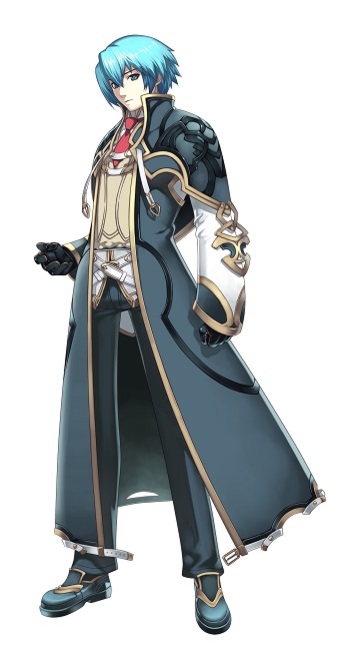 Voiced by: Daisuke Ono (JP), Yuri Lowenthal (EN)
A man who owes a debt to Lily, and (only somewhat willingly) acts as her servant, accompanying her when she's accepted into the academy. 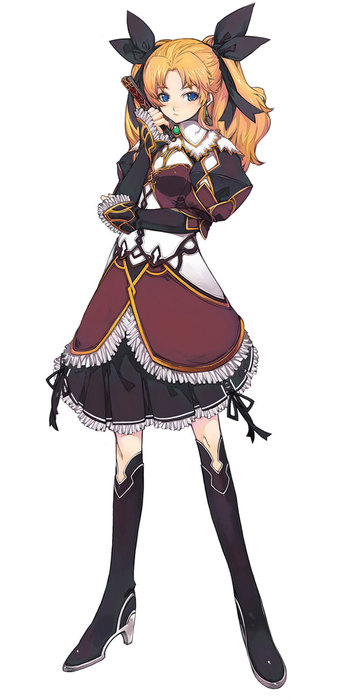 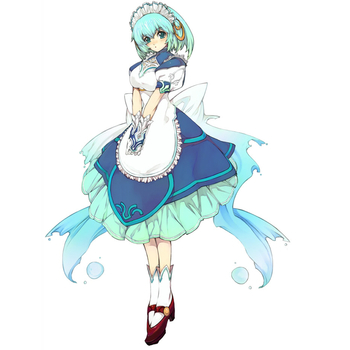 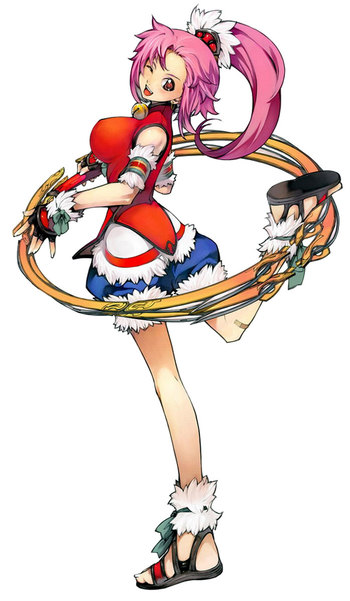 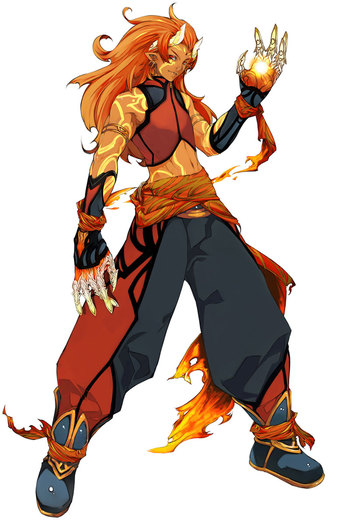 Voiced by: Troy Baker (EN)
A Fire Mana employed by Lily to act as a bodyguard. 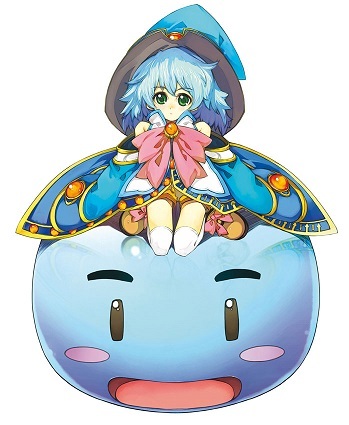 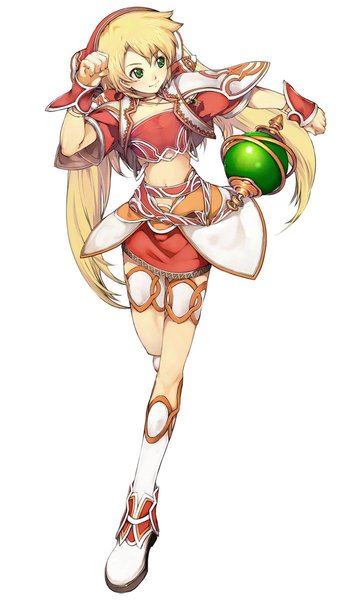 Voiced by: Ayako Kawasumi (JP), Laura Bailey (EN)
A country girl tasked with raising a Mana, who applies to the Academy to better understand them. 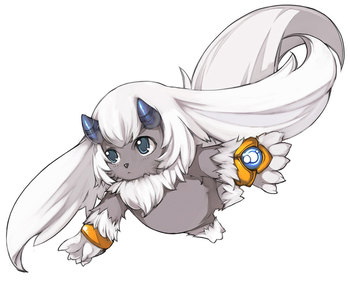 The Mana that Ulrika has been tasked with raising.

Voiced by: Yuko Goto (JP), Julie Ann Taylor (EN)
Ulrika's friend, who has an affinity towards the occult. 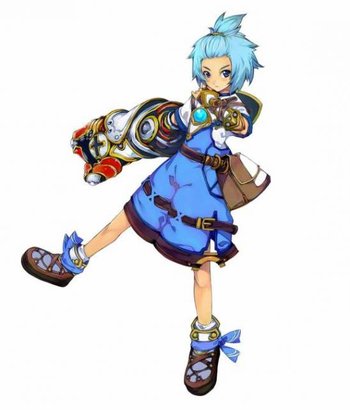 Voiced by: Dave Wittenberg (EN)
Et's intelligent younger brother, who joins Ulrika mainly to get away from his overbearing sister. 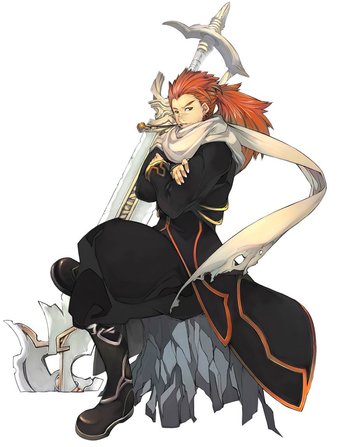 Voiced by: Kenyuu Horiuchi (JP), Richard Epcar (EN)
A former student, who now works as an instructor in Al-Revis Academy.

Voiced by: Derek Stephen Prince (EN)
Another student-turned-instructor, whose childhood rivalry with Flay has not faded over time.

Voiced by: Mary Elizabeth McGlynn (EN)
A female instructor at the Academy.

The current principal of Al-Revis Academy.

One of the teacher. She looks like a Fortune Teller and has a very low presence.

One of the teacher. Looks like a maestro and is scared of Ulrika.

The Academy's doctor.
Others

A young girl that Yun takes care of.

The man that raised Raze. 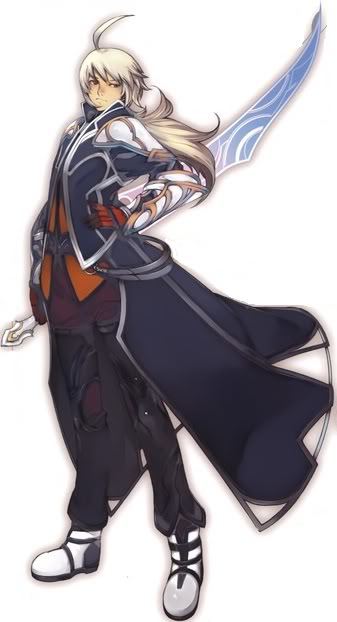 Voiced by: Dave Wittenberg (EN)
An enigmatic figure that antagonizes Raze and his friends. 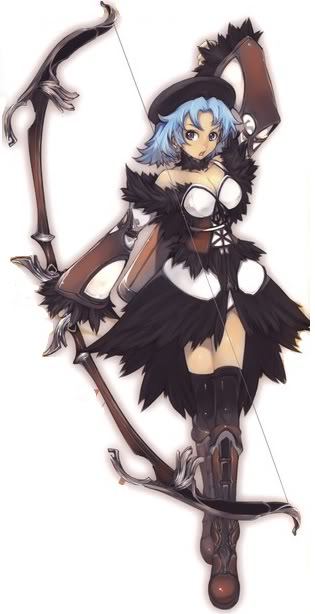