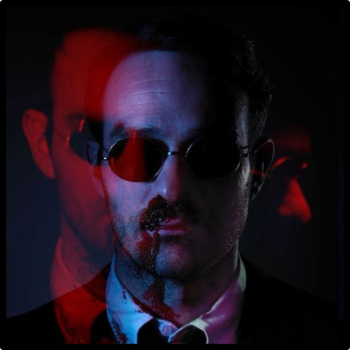 "I'm not seeking penance for what I've done, Father. I'm seeking forgiveness for what I'm about to do."
Click here to see the homemade costume (Season 1) 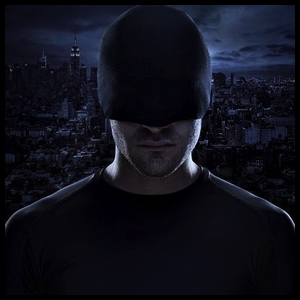 Click here to see the red costume (Season 1 finale, Season 2, and The Defenders) 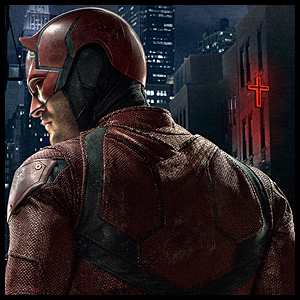 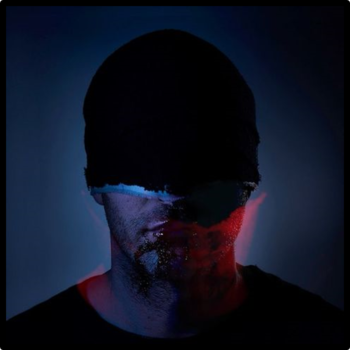 "I can't see, not like everyone else, but I can feel. Things like balance and direction. Micro-changes in air density, vibrations, blankets of temperature variations. Mix all that with what I hear, subtle smells. All of the fragments form a sort of impressionistic painting... A world on fire."
Advertisement:

A lawyer from Hell's Kitchen who saved an old man from being hit by a truck as a child. Matt was exposed to dangerous chemicals the truck was carrying and lost his sight as a result. However, the chemicals also greatly enhanced his other senses. These abilities made him a Living Lie Detector in addition to giving him remarkable spatial awareness. Matt became an extremely versatile gymnast and martial artist as well, and decided to take the law into his own hands when the traditional justice system failed.