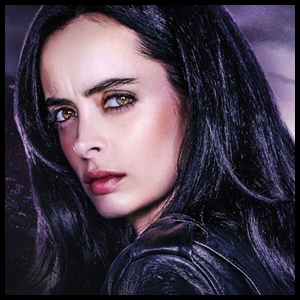 "A big part of the job is looking for the worst in people. Turns out I excel at that."

"They say everyone's born a hero. But if you let it, life will push you over the line until you're the villain. Problem is, you don't always know that you've crossed that line."

After an accident in her teens, Jessica Jones gained the power of Super Strength, and dreamed of becoming a superheroine. But after a traumatic event, she abandoned that dream. Jessica now makes her living as a private investigator.

open/close all folders
Advertisement:
#-D
E-M
N-Y
"Don't try to be a hero. It's a shitty job."