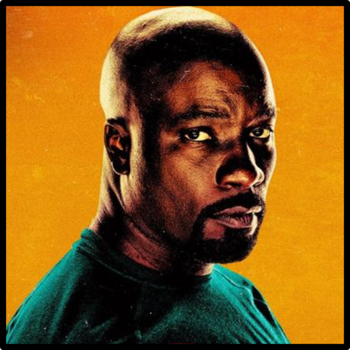 "This city is supposed to represent our hopes and dreams. You have to fight for what's right every single day."

A former sheriff's deputy from Georgia who was framed for murder and sent to prison. While there a sabotaged experiment resulted in him gaining Super Strength and Nigh-Invulnerable skin. Once he escaped from prison he tried to live quietly and anonymously in New York City, but after an explosion takes his entire livelihood, Luke finds himself using his abilities to become the unlikely protector of Harlem.