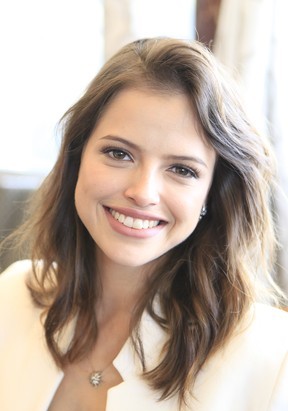 Agatha Cerqueira Pereira Moreira (born January 19, 1992) is a Brazilian actress and model. She became known after her participation in the twentieth season of the teen telenovela Malhação in 2012, before that she was a model for several countries where she held numerous advertising campaigns, she graced magazine articles and was the girl advertising various known brands. She starred in Em Família in 2014 and was recognized for her performance in Verdades Secretas in 2015, after that she has starred in several other novelas.