After Issei's promotion to High-Class Devil, he is given a set of Evil Pieces allowing him to form his own peerage with himself as King. He trades several of his pieces with Rias in exchange for Asia, Xenovia, and Rossweisse, and one with Lady Phenex in exchange for Ravel, giving him two Bishops, a Knight, and a Rook. Issei recruits the descendant of the original Leviathan, Ingvild, as his Queen. With Sona becoming the new head of the Sitri family and thus unable to battle on the front lines, Bennia is traded into his peerage, becoming his second Knight. 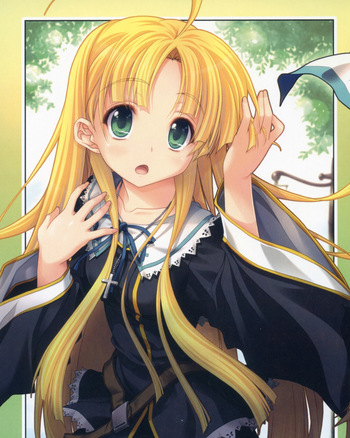 As a young infant, Asia Argento is discovered by the Roman Catholic Church. She becomes a nun because of her healing powers. After healing Diodora Astaroth, however, Asia is exiled as a heretic. Sometime later, she meets and befriends Issei while looking for a local church. When Asia is killed by Raynare, Rias revives her as her Bishop and Asia joins the Occult Research Club, continuing to use her healing powers in the process. She is traded to Issei upon his promotion to High-Class Devil, making her Issei's first Bishop. 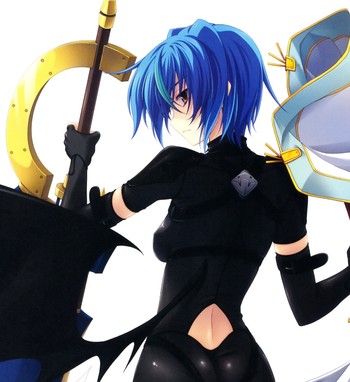 Role: Knight
Species: Human / Reincarnated Devil
Voiced by: Risa Taneda (Japanese) and Lauren Landa note Credited under the pseudonym "Ramona Newel" for New and BorN. (English)
I will bring judgement upon you with my own hands, in the name of God.

Xenovia Quarta is an exorcist for the Roman Catholic Church who wields the Holy Sword Durandal. Along with fellow exorcist Irina Shido, Xenovia travels to Kuoh Academy to retrieve the three Excalibur swords that were stolen by Kokabiel. After retrieving the swords, she is exiled by the church for discovering that God is Dead and joins the Occult Research Club as Rias' Knight. As a student of Kuoh Academy, she intends to become the academy's Student Council President, competing against Momo Hanakai and succeeding, forcing her to leave the Occult Research Club. After Issei's promotion to High Class Devil, she is traded to him by Rias, making her Issei's first Knight. 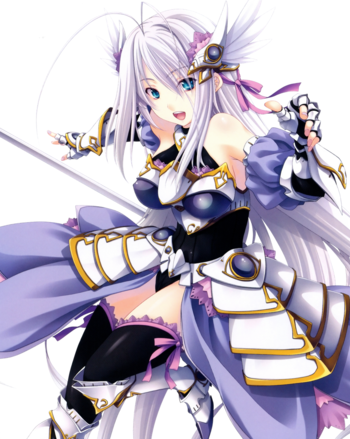 Role: Rookspoiler Bishop in the Azazel Cup
Species: Valkyrie / Reincarnated Devil
Voiced by: Ai Kakuma (Japanese) and Mallorie Rodak (English)
"My name is Rossweisse. I will be under your care during our stay in Japan. Nice to meet you all."

Rossweisse is a valkyrie who is a subordinate to her master, Odin. As it turns out, she hasn't gathered a single warrior for Ragnarok. After being abandoned by Odin, Rossweisse is reincarnated as a devil, joins the Occult Research Club as Rias's Rook and a second advisor, and becomes a civics teacher at Kuoh Academy. She is traded to Issei upon his promotion to High-Class Devil, making her Issei's first Rook. 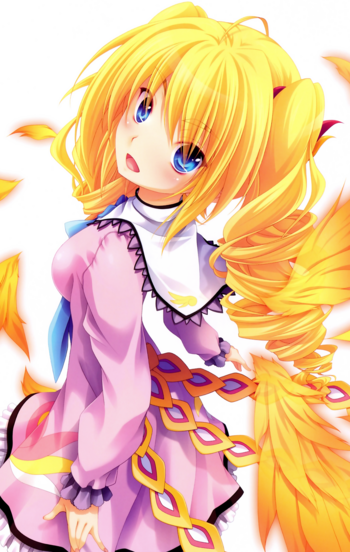 Ravel Phenex is the only daughter in the Phenex family who serves in her brother Riser's peerage as his Bishop and participated in the Rating Game against the Gremory family. Following Riser's defeat, she becomes a free bishop. Eventually, she becomes a first-year transfer student at Kuoh Academy and joins the Occult Research Club. Following the success of Issei's television series, she becomes his manager in the Underworld. After Issei's promotion to High Class Devil, she is traded to him by Lady Phenex, making her Issei's second Bishop. 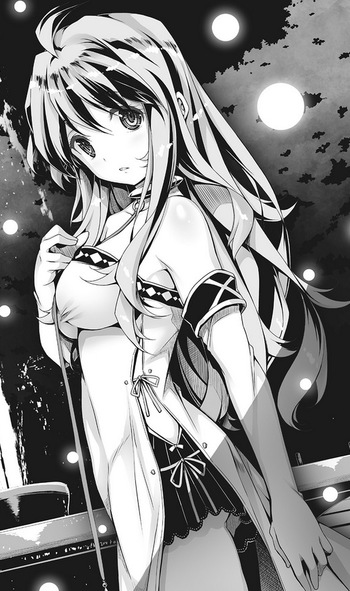 Role: Queen
Species: Human/Devil Hybrid
Ingvild Leviathan is a descendant of the original Leviathan and possessor of Nereid Kyrie, one of the several Sacred Gear reclassified as Longinus level. Although she was left in a coma for over 100 years because of the same disease Sairaorg's mother had, she reawakens by the time of the Azazel Cup. She later becomes Issei's Queen.
Issei's Second Knight (Spoilers) 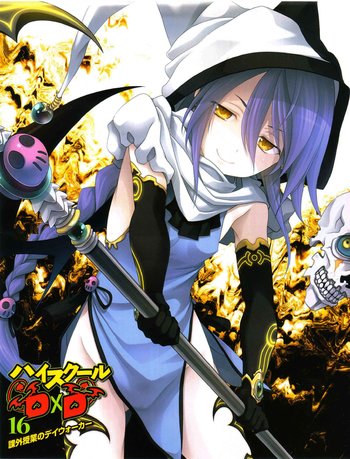 Bennia Orcus is a half-Grim Reaper and Sona's second Knight. She enrolled at Kuoh Academy as a First Year student soon after Sona's graduation and proceeded to join the Occult Research Club. With Sona becoming the new head of the Sitri family and thus unable to battle on the front lines, Bennia is traded into Issei's peerage, becoming his second Knight.