This page details the supporting characters affiliated with the Angel and Fallen Angel factions in High School D×D.

God from the Bible

God is the true leader of the Heaven faction until He died in the Great War along with the original Four Great Satans. The cause of His death and the reason He created the Sacred Gears are still some of the biggest questions of the series.

The Four Great Seraphim, also known as the Burning Angels are the four angels who have become the guardians of the Throne of Heaven. They took God's place as the current leaders of Heaven after His death in the Great War. 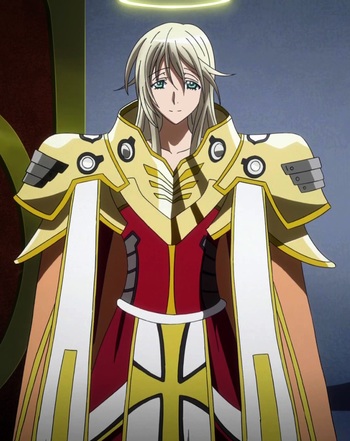 Michael is the leader of the Angels and the Four Great Seraphim in Heaven, whose Brave Saint suit is the Suit of Spades. He is the current leader of Heaven, as God is Dead in this story.
Gabriel 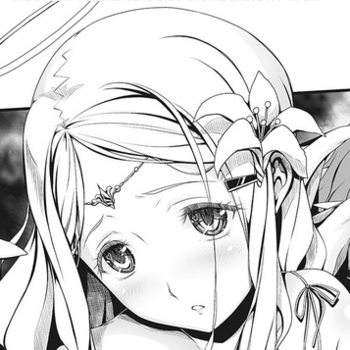 Gabriel is Michael's sister and one of the Four Great Seraphim. Her Brave Saint suit is the Suit of Hearts. Appears in the side story "Armageddon at Sports Day".
Uriel

Uriel is one of the Four Great Seraphim of the Angel faction, whose Brave Saint suit is the Suit of Diamonds.

Raphael is one of the Four Great Seraphim of the Angel faction, whose Brave Saint suit is the Suit of Clubs. 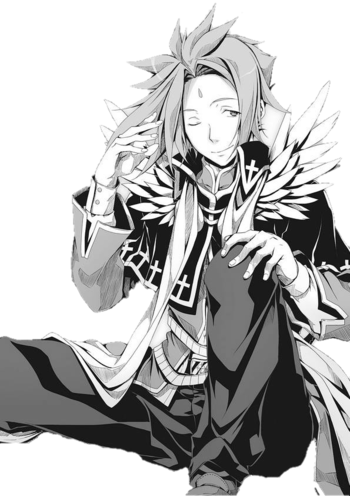 Dulio Gesualdo is a former exorcist reborn into an angel and is also Michael's Joker. He's also the owner of Zenith Tempest, one of the top four strongest Longinus God created.
Griselda Quarta 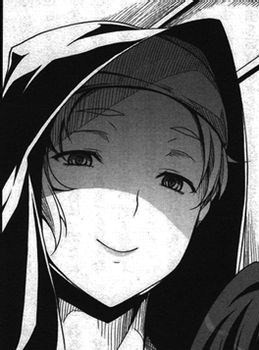 Griselda Quarta is a former exorcist reborn into an angel and is also Gabriel's Queen. The guardian of Xenovia because they come from the same institution.
Lint Sellzen 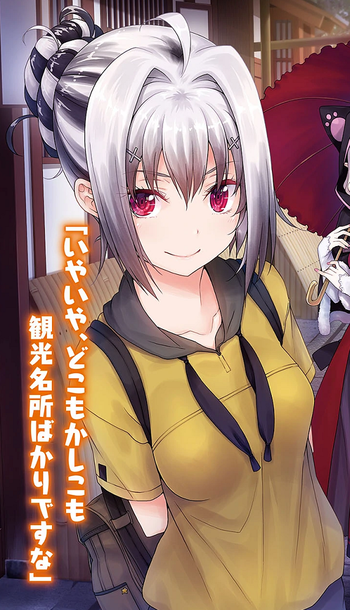 A exorcist who works for the Vatican and the Grigori who has been reborn into an angel by an unknown angel. Is the current wielder of the Longinus, Incinerate Anthem.
Irina Shido

Metatron is a Seraph from heaven (but not one of the Four Great Seraphim).

Fallen Angels are angels who renounce God's teachings and are exiled from Heaven. Initially led by Azazel, they form a truce with the Devils and Angels as part of the alliance. While some of the Fallen Angels have good intentions, others embrace their baser passions for impure thoughts for their selfish goals.

See his entry on the Occult Research Club page. 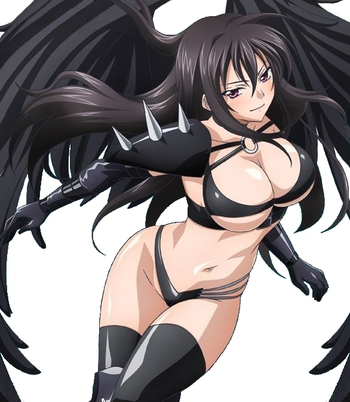 Raynare is a fallen angel and associate of Azazel. She is dispatched by Azazel to disguise herself as Yuuma Amano and assassinate Issei for his Sacred Gear. She later manages to steal Asia Argento's Sacred Gear, Twilight Healing, but by doing so, she ends up being cornered by the Occult Research Club and eventually killed by Rias Gremory. 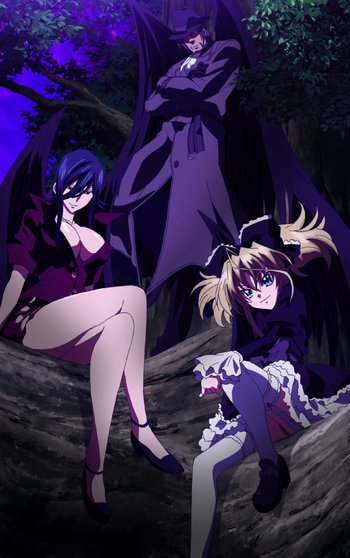 Kalawarner, Dohnaseek, and Mittelt are three fallen angels who collaborated with Raynare to get Asia's Twilight Healing and have themselves promoted. 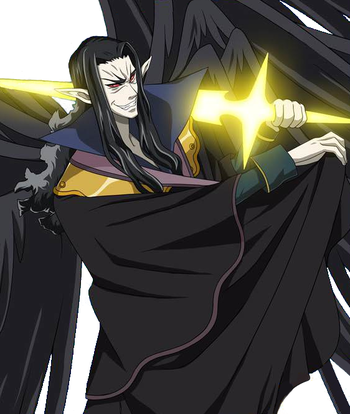 Kokabiel is a fallen angel who steers the plot of the third volume. He steals the pieces of Excalibur to strengthen the fallen angel faction and to tempt Michael to start an all-out war.

Shemhazai is Azazel's right-hand man who is also currently married to a devil. He's also the current Governor of Grigori after Azazel resigns.
Baraqiel 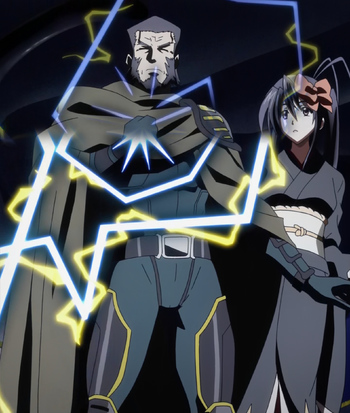 Baraqiel is the father of Akeno Himejima and widower of Shuri Himejima who first appears in the seventh volume. He is acting as a bodyguard to Odin when he witnesses Akeno with Issei going to a love motel.

Sahariel is one of the scientists of Grigori.

One of the high ranking fallen angels who is in charge of the business department.

Penemue is the chief secretary of the Grigori fallen angel institute.

Armaros is one the seven founders of the Grigori fallen angel faction. He's in charge of training and anti-magic research

Samael
Samael is the angel who convinced Adam and Eve to eat the Forbidden Fruit in the Garden of Eden. He was cursed by God's hatred of dragons and snakes.