The mythologies in High School D×D are vast, with characters of various species roam the human world and the Underworld. This page details those characters. 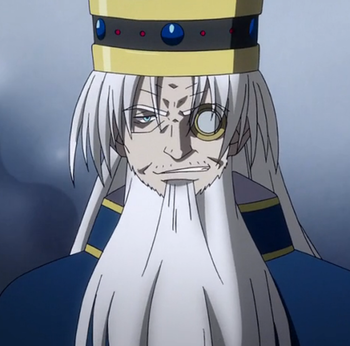 The Norse god and leader of Valhalla. He's also a pervert. 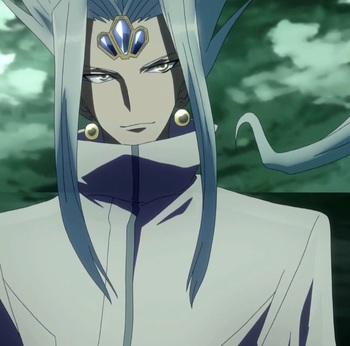 The Evil God of Norse mythoogy, Loki plans to murder Odin and start Ragnarok. However, thanks to the intervention of Issei and his friends, his plans are quickly thwarted and he's captured.

One of the older generation valkyries and Rossweisse's grandmother. She first appears in Volume 17 to check her granddaughter's condition and becoming a guest teacher at the Auros Academy.

Son of Odin. One of the Top 10 Strongest Beings in the World.

The Chief God of Greek mythology. He appears with his brothers in Volume 10 as a VIP spectator of the Gremory-Bael Rating Game.

The Greek God of the seas. He appeared in one short story as a judge of a Rating Game. His formal appearance is in Volume 10, along with his brothers. 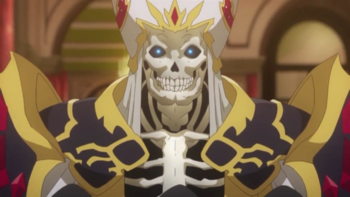 The main antagonist of the third arc of the series, Hades is the ruler of the Realm of the Dead. He's also manipulating the Khaos Brigade to start the war in the Underworld. One of the Top 10 Strongest Beings in the World.

A servant of Hades and is a ultimate class Grim Reaper.

The Greek King of Monsters and one of the Top 10 Strongest Beings in the World, tied with the pre-Nerf Fenrir.

A ultimate class Grim Reaper from the conservative faction and Father of Bennia. 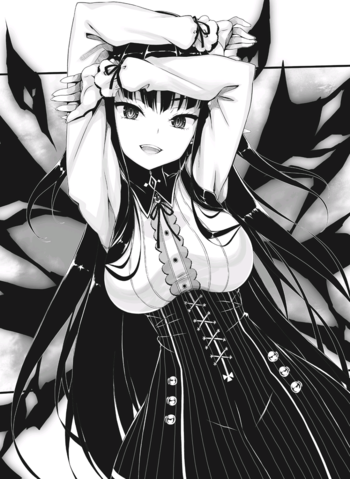 The Greek Primordial Goddess of the night who allies with Hades against Team DxD.

The Greek Primordial God of darkness who allies with Hades against Team DxD.

The Greek Primordial God of the Abyss who allies with Hades against Team DxD.

See her entry on the Occult Research Club page
Yasaka 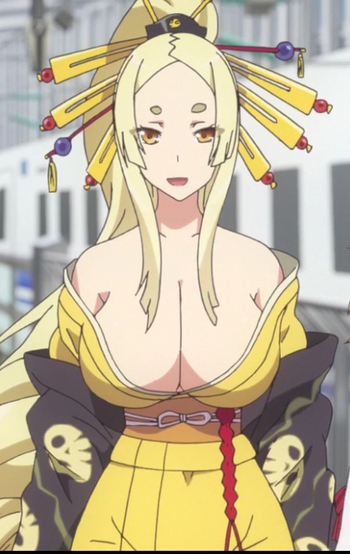 The leader of the Youkai faction at Kyoto and is also Kunou's mother.

Fujimai
A nekoshou and mother to Kuroka and Koneko, and was once an acquaintance of Nurarihyon.

Tropes applying to all of them: 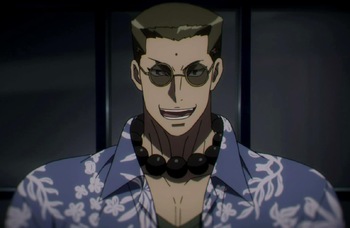 King of the Devas of Hindu mythology who has defeated the Asuras. He knows a lot more about the things going on than anyone else. One of the Top 10 Strongest Beings in the World. 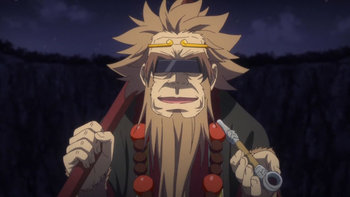 The original Son Wukong from the Journey to the West. He's on a mission ordered by Sakra to defeat the Khaos Brigade and he's also trying to catch Bikou.

The God of Destruction of Hindu mythology, Sakra Indra is trying to build an army to defeat him. One of the Top 10 Strongest Beings in the World. 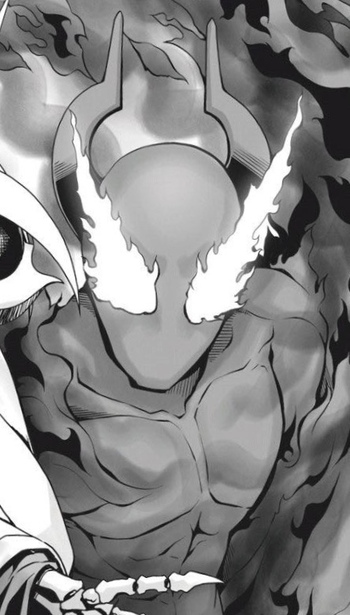 The Evil God of Zoroastrianism who created the Evil Dragon Azi Dahaka. He allies with Hades against Team DxD.

An unknown fairy accidentally summoned by Issei when he wanted to use Bilingual on Akeno's breasts. She shows up because Issei who loves breasts has reached and accepted the good graces of the god.

A God from another world that is completely unknown to other mythologies until Issei accidentally summoned its fairy.

Underworld Life Form, commonly referred to as UL. Came from an alternate dimension to attack and travel from 30 years in the future with Loki to change the past.

Chief God of the Evie side of Evie Etoulde.

The Number of the Beast and the Greater-Scope Villain of the story, having been sealed long ago by God and His allies. A beast of great power and destruction, Trihexa is a being whose abilities are on par with Ophis and Great Red, therefore making it one of the most powerful monsters (if not the most powerful) ever encountered in the series.