This page details the various supporting characters outside of the Occult Research Club in High School D×D. 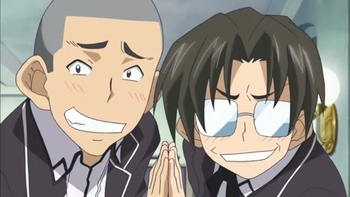 Matsuda and Motohama are Issei's friends at Kuou Academy. They are just as perverted as he is. 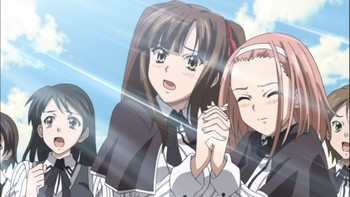 Murayama and Katase are of Issei's classmates who are members of Kuoh Academy's girl's kendo club. 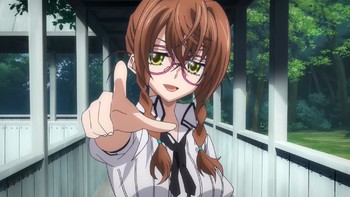 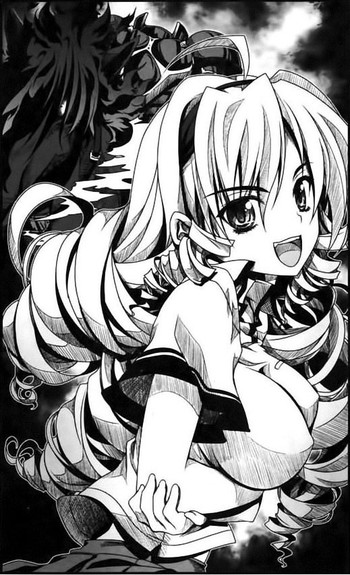 Kiyome Abe is a third-year student at Kuoh Academy and the captain of the tennis club. 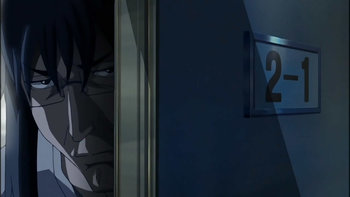 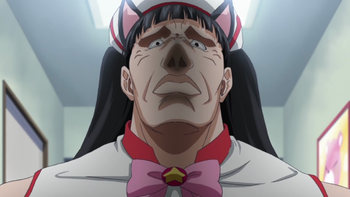 Mil-tan is one of Issei Hyōdō's first customers and is cosplaying as a Magical Girl but is also a guy. 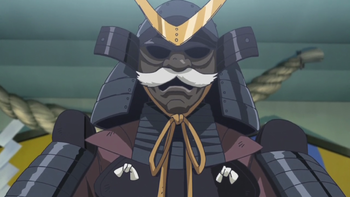 Susan is one of Issei Hyōdō's first customers who first appeared in the Volume 8 side stories (Episode 6 in the anime). An exchange student who's an avid fan of Japan back in the old days.

One of the human world's native inhabitants, vampires are a group of species that use humans as a source of food and can manipulate shadows and darkness. Despite dismissing humans, angels, and devils as primitive races, the vampires boast a proud warrior culture.
Lord Vladi

Lord Vladi is the head of the House of Vladi, and father of Gasper Vladi. He's also a member of the Tepes Vampire Faction.

See his entry on the Occult Research Club page. 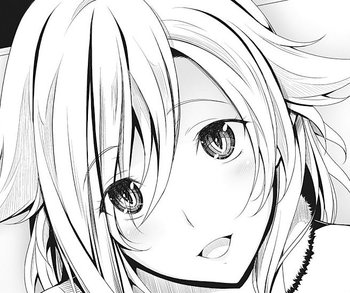 Valerie Tepes is a member of the Tepes Vampire Faction and the Childhood Friend of Gasper Vladi. She is also the wielder of the Longinus Sephiroth Graal.
Marius Tepes

Marius Tepes is a pure-blood vampire who is the fifth-in-line to become the next head of the Tepes Vampire Faction. He allies with the Khaos Brigade to initiate a coup d'etat to take the vampire faction for himself.

Elmenhilde Karnstein is a high-ranking vampire of the Camilla Vampire Faction. She's introduced as a special envoy dispatched to Issei's house to recruit Gasper during the final days of the vampire civil war. 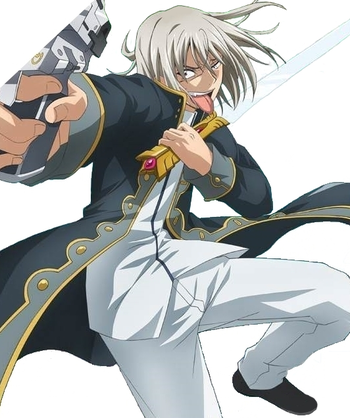 Freed Sellzen is a psychotic exorcist working for the fallen angels and a recurring antagonist of the series.

Touji Shido is the father of Irina Shido who is currently a pastor, formerly an exorcist.
Masaomi Yaegaki

Masaomi Yaegaki is a former exorcist of the church who fell in love with a devil who used to manage Kuoh town before Rias. He is resurrected by Rizevim in Volume 18 and goes on the hunt for the people responsible for ruining his life. Particularly, Irina's father, Touji Shido.
Vasco Strada 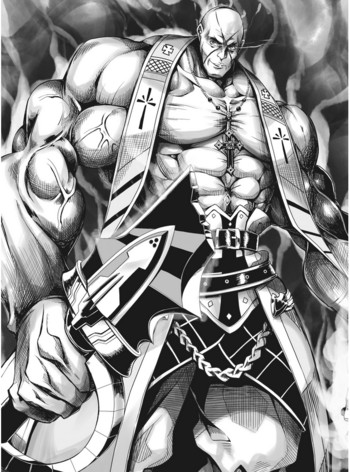 Vasco Strada is the 3rd top-ranking exorcist member of the Vatican Church with the rank of Eminence Cardinal Priest. Vasco was the former wielder of Durandal before it was passed down to the next generation. Due to the exorcists losing their role-in-life on account of the Devils and Vampires aiming for peace, he initiates a rebellion in Volume 19.

Ewald Cristaldi is the 4th top-ranking exorcist member of the Vatican Church with the rank of Eminence Cardinal Deacon. Ewald was the former wielder of Excalibur before the sword was split into fragments. He stood alongside Vasco during the exorcist rebellion.

Teodoro Legrenzi is the 2nd top-ranking exorcist member of the Vatican Church with the rank of Eminence Cardinal Bishop. Despite his young age, Teodoro was given a high Church rank due to being one of the Miracle Children, and like Vasco and Ewald, he participated in the exorcist rebellion.

Magicians are humans who have managed to learn to utilize magic.
Lavinia Reni

See her entry on the Slash/Dog page.

See her entry on the Khaos Brigade page.

Shooting Star is a Magician whose family has a distant devil ancestor, as well as the leader of the Azazel Cup team; "Team Shooting Star". He is the wielder of the Longinus: Star Buster Star Blaster, one of the 5 newly discovered Longinus.
Meredith Ordinton

Meredith Ordinton is a Magician born from a member of the British Royal Family and his commoner lover. She is the wielder of the Longinus: Alphecca Tyrant, one of the 5 newly discovered Longinus.

Shuri Himejima is the human wife of Baraqiel and mother of Akeno Himejima. She was killed by her own parents due to Akeno's fallen angel blood, causing a rift between her husband and daughter's relationship.

See her entry on the Slash/Dog page. 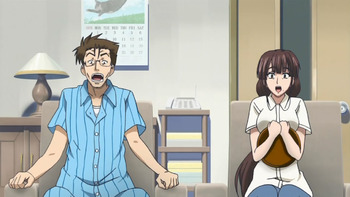 The Hyōdō-Gremory siblings are Issei's children with his haremettes. They come from the future to capture Loki and analyze his powers to lift a curse he has placed on Asia in the future.

General tropes pertaining the siblings (note that the tropes below are specific to each child only. Check the Occult Research Club page for the tropes shared with their parents):

Ex Gremory is the sixteen-year-old son of Issei and Rias Gremory. He is tied with his older sister Airi as the strongest of the siblings and, like her, serves as a vanguard in the future war.

Airi Hyōdō is the eighteen-year-old daughter of Issei and Asia Argento, Airi is the eldest daughter of the siblings. Along with Ex, Airi is one of the main frontline powerhouses of the Alliance in the future war.

Kurenai Himejima is the son of Issei and Akeno Himejima, Kurenai is the eldest of the siblings. He is a Grigori researcher.

Shirayuki and Kurobara are the youngest siblings and Issei's Nekomata daughters with Koneko Tojo and Kuroka, respectively. They are both twelve-years-old.

Mordred Hyōdō is Issei's son with Le Fay Pendragon. He is only mentioned in the spin-off and does not appear in person due to the circumstance of the story. The Harem King Memorial artbook reveals his name to be Mordred Hyōdō, which is pretty much a natural choice.