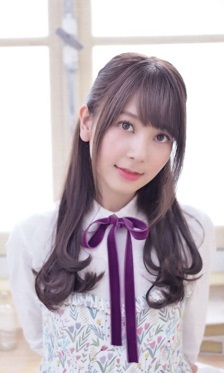 Describe Risa Taneda here? Hmph! You tropers think you are worthy of MY examples? I have better things to do than have some peasants read my tropes! Especially that Matsuoka idiot!
Advertisement:

. In August 2017, she finally recovered from her treatment

and returned to voice-acting, though every role she was replaced in has since kept their new actors. An interview with her

several years later revealed she had a throat illness that could have rendered her permanently mute, and the condition has left permanent aftereffects on her.

Very famous for her seductive breathing.

No, senpai, these are not your tropes... These are our tropes!
Whatever, time to feed myself a victory curry! Vive le France, my homies!