Characters from the visual novel

Please note that, due to the mystery-heavy and Anyone Can Die nature of the story, all spoilers below will be left unmarked in order to prevent Self-Fulfilling Spoilers.

The Gang As A Whole 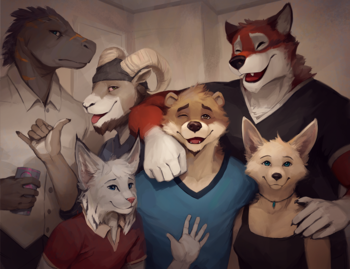 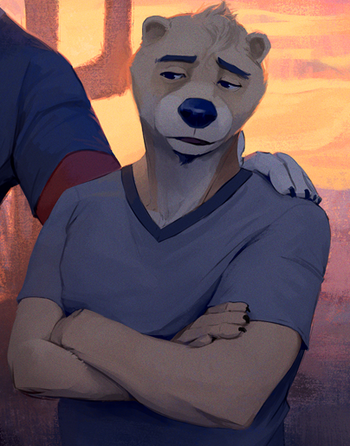 "I had always felt like the odd out in the group, as strange as it sounds. Where everyone else has a strong, distinct personality, I was just... average?"

A ridiculously average otter, whose school project for his degree in Journalism is what initially spurred the group's reunion. 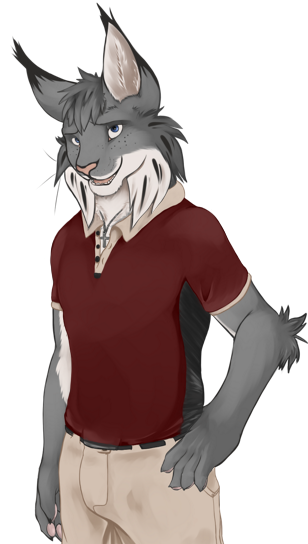 "Only God can really judge us for this sort of stuff, I think? People-judging can just be like an excuse to be mean."

A canadian lynx and the youngest of the group, with strongly-held religious beliefs. 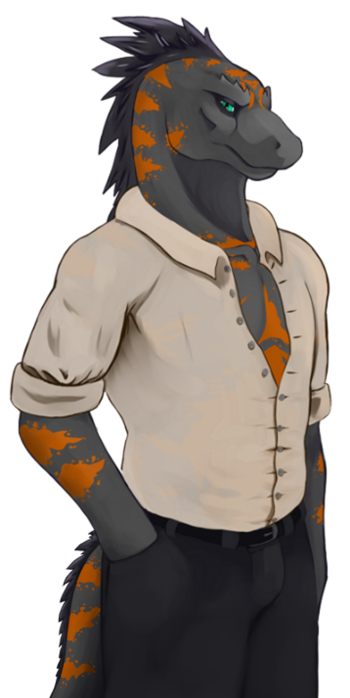 "You're all okay with not knowing? Fuck all of you. This whole thing was stupid, Leo. We're not even friends anymore."

A somewhat acerbic gila lizard currently working as a clerk in the town hall; both the oldest and generally most responsible of the group, at least when he needs to be. 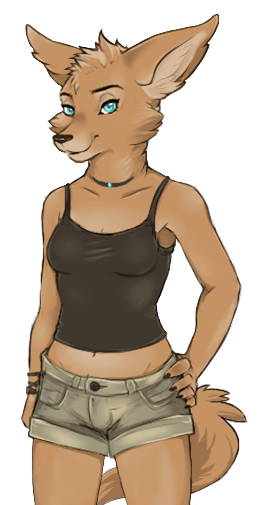 "Environment is really important to how you develop as a person. [...] Environment AND temperment make us who we are. Some people... some people can just take more."

A fennec fox currently working on a degree in Psychology, and the only female romance option in the game. 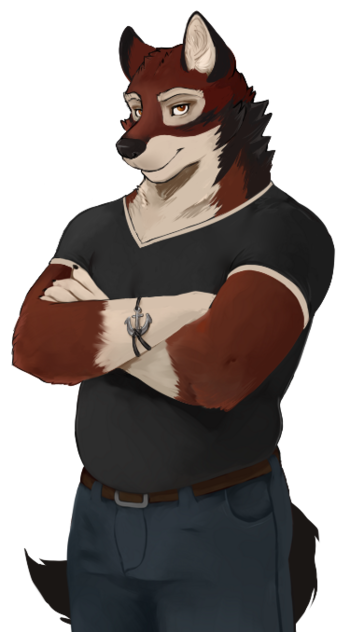 "I don't really feel as good as I did back then. When I think of high school, or even further back... man, those were the good days."

Chase's hispanicnote or at least an in-universe equivalent of such maned wolf ex-boyfriend, and the one who initially suggested the reunion. 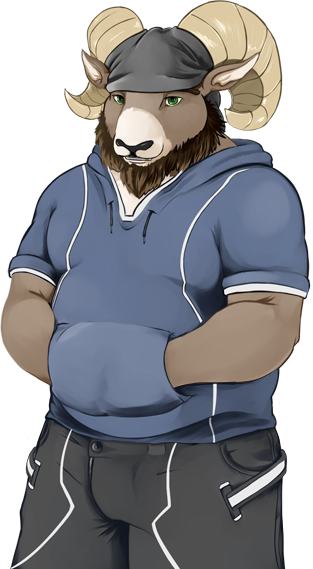 "Just makes me feel guilty, though, the way people try to include me in things and then I just disappoint them. [...] Everyone feels like I need to do something. Why can't I just decide that for myself?"

A ram living with his extremely wealthy parents, who spends most of his time getting high or playing video games.

Sydney Bronson
A character of currently unknown species, who tragically drowned some years prior to the events of the story.

Side-character of TJ's route; a stag who happens to be an old friend of TJ's and works part-time in the same diner as Janice. While affable enough, his continued presence begins to annoy Chase more and more as the route goes on.
Daxton 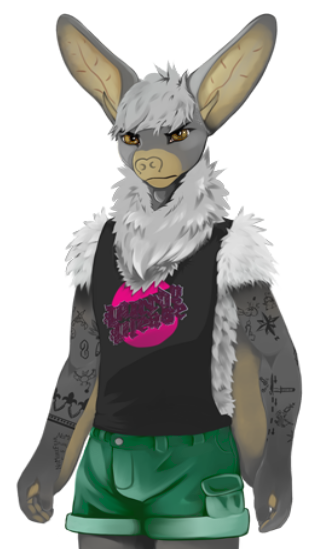 Side-character of Jenna's route; a bat who, according to Chase, had gone missing for a few years. Currently seems to spend most of his time in Jasmynn Street, where Jenna grew up.
Kudzu 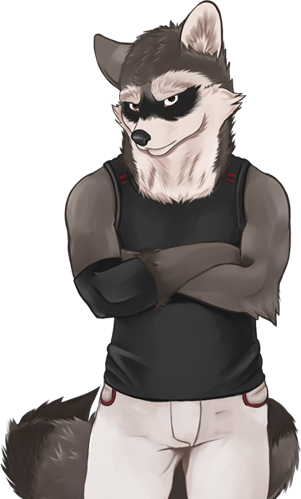 Side-character of Leo's route; a raccoon who moved into Echo recently and currently lives in the trailer next door to Leo's.
Raven 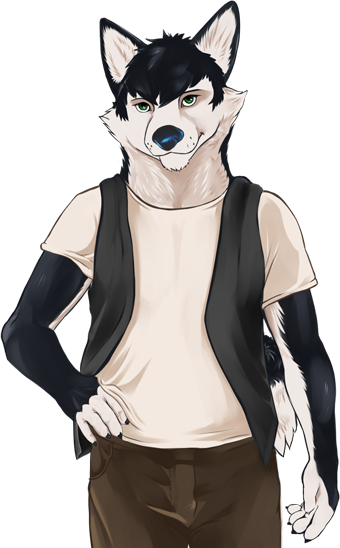 Side-character of Carl's route; a somewhat dim but cheerful husky dog who ends up trapped with Carl, Chase & Jenna in a twisted version of the Hendricks mansion. 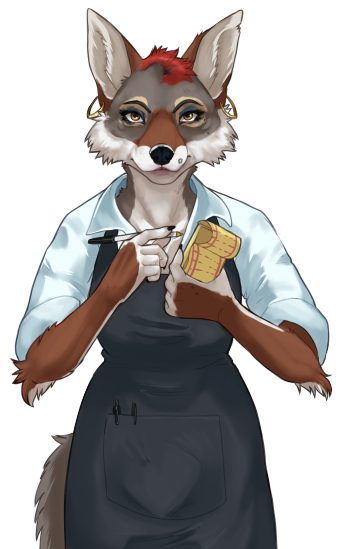 A kindly old coyote who's apparently worked as a waitress in the local diner since she was Chase and friends' age. Often one of the first to experience the effects of the hysteria and begin exhibiting strange behaviours.
Clint 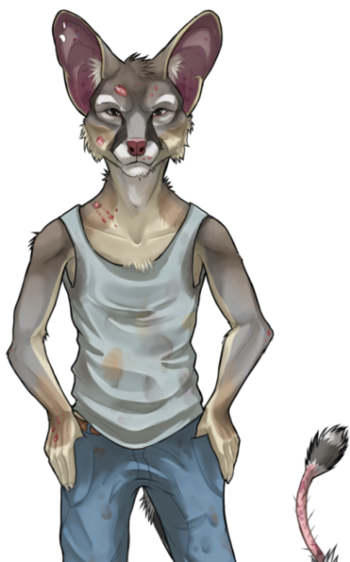 A ringtail cat that used to terrorise the gang as children; while he appears in other routes as well, he mostly plays a role in the events of Leo's route.
Duke 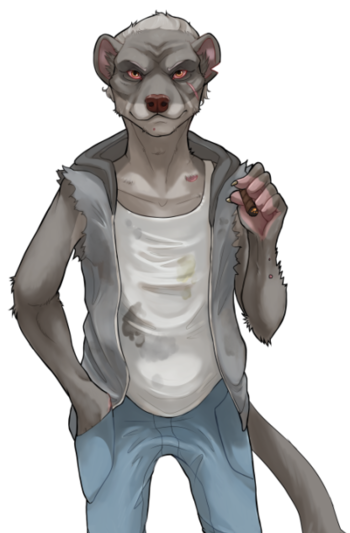 One of the town's older residents, a weasel who likes to imagine that he calls the shots and commands respect among the townsfolk. Much of the trouble caused for the gang after the hysteria hits is the result of him attempting to take matters into his own hands.
Brian 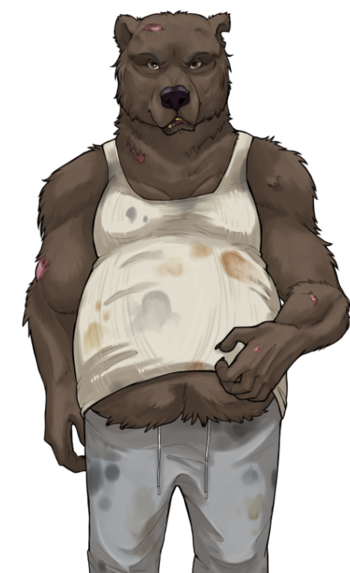 A Psychopathic Manchild bear who spends most of his time being resentfully ordered around by Duke.
The Mayor
Flynn's aunt, also a gila lizard. A heavily religiously lady with bizarre tastes in lawn decor and an interest in old sci-fi shows.
Jeremy Begay
Jenna's older brother, who is also a fennec fox; currently one of the few members of her family that isn't either dead or missing, he spends his time as a local drugs dealer for the town.