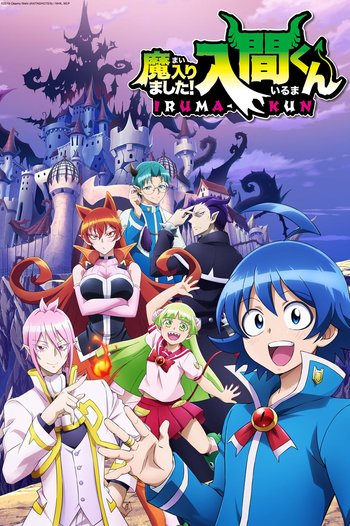 Iruma Suzuki is a sweet, normal boy whose irresponsible parents have led him time and again into life-threatening events. And this time, they've gone and sold his soul to a demon!... who wants to adopt him as his grandson and send him off to a school full of demons! Now, Iruma must try to get through school without anyone finding out that he's a human!

An anime adaptation by Bandai Namco Pictures began airing on October 5, 2019, the first season of which ran for 23 episodes. A second season has been confirmed to be in production and will begin airing in Spring 2021.

In January 2020, a side story/spin-off manga called We are the Main Characters of the Demon World! started its serialization in the same magazine.