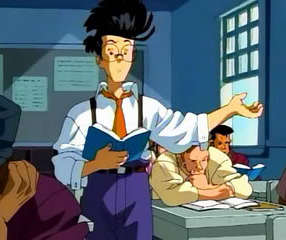 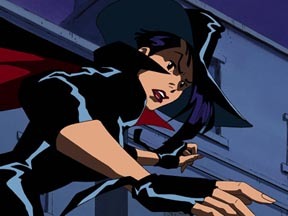 Cybersix is an artificial human created by Von Reichter who stalks the cities at night primarily to fight his evil creations and steal their sustenance for her own survival. Along the way though she ends up becoming something of a superhero as she often winds up protecting civilians from them too. During the daytime she is disguised as Adrien Seidelman, a teacher of literature.

Cybersix's younger brother of sorts, having started out life as the 29th individual in the same Artificial Human series as Cybersix. At some point in his life as Cyber-29, he went to get a flower for his sister, causing him to fall off a cliff, killing him. Von Reichter later gave him a second life by transplanting his brain into the body of a panther, renaming him Data-7. He was originally sent to kill Cybersix, but when his memories came back he became one of her closest allies. Due to his human brain, he's smarter than most animals and is capable of limited communications with humans. 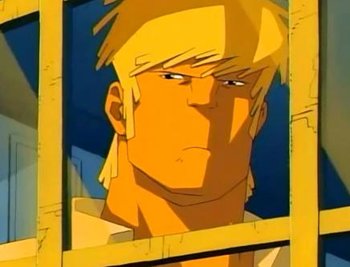 A biology teacher and best friends with Adrian Seidelman. When he first meets Cybersix he's infatuated and does all he can to help her out. He loves romantic comedies and soccer games. 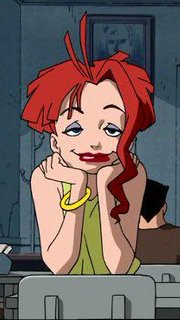 A student at Meridiana High School. She has a crush on Adrian Seidelman. Despite that, she has no interest in school work and is part of a gang. 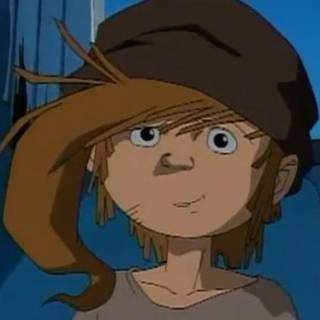 An orphaned street urchin who used to pick pockets. After being rescued by Cybersix and Data-7, he currently resides in a boathouse. 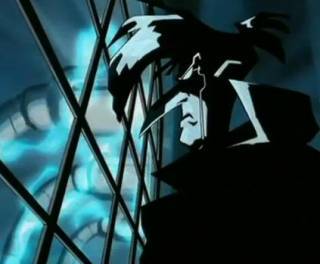 A former SS scientist hiding in South America. He's the main antagonist and creator of the Cybers along with all the other mooks and monsters that Cybersix fights against. He sends in his son Jose as his representative and communicates with him through a video screen hidden behind a portrait of his likeness. 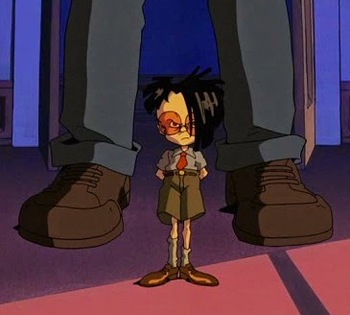 Von Reichter's son and second in command. Despite being a little kid, he has a genius level intellect and is intimidating to most of adults. He was at first meaning to carry on his father's work in destroying Cybersix, but also ends up developing a reputation of being a crime boss. 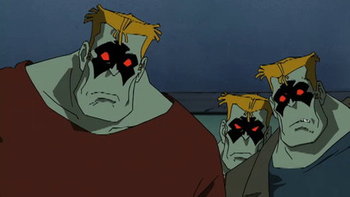 A group of mooks created by Von Reichter. 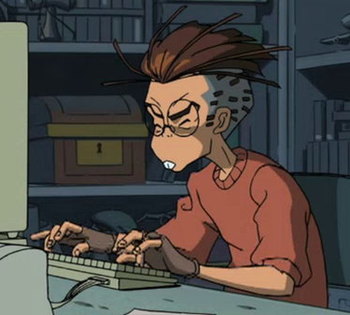 A detective in Meridiana who takes care of his little sister. He's tasked to finding Cybersix by Jose when Ikiko and Julian are held hostage. 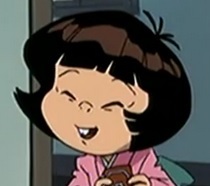 Yashimoto's little sister and a friend of Julian's. 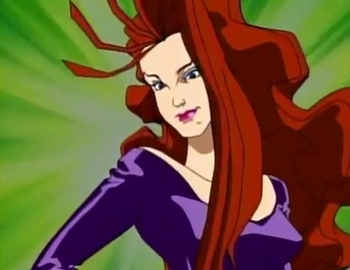 Elaine is a new teacher to Meridiana High School. She dates Lucas briefly causing jealousy to Adrian/Cybersix. It later turns out she's a werewolf who turned Lucas into her slave.

A monster made of shapeshifting mud. He was at first made to destroy Cybersix, but he ends up having doubts about it.