Character sheet for Cyberchase. Currently under construction and in need of a better organization scheme. 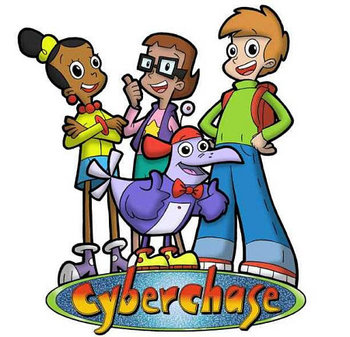 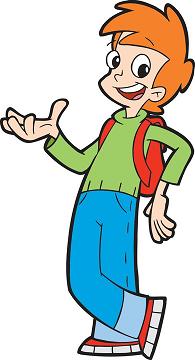 An 11-year-old Farm boy sucked into Cyberspace and recruited to help Motherboard. Carries a very handy red backpack with him at all times, is reasonably athletic, and loves solving mysteries. He also knows a lot of Greek Mythology and Star Wars
Jackie 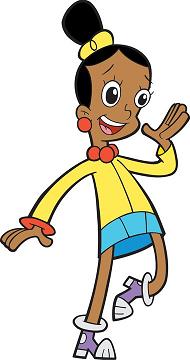 Jackie is an 11-year-old girl who enjoys hanging out with her friends, and is possibly the hardest Earthlie to pin down in terms of character traits.
Inez

A 9-year-old girl who loves learning and books. Has a huge vocabulary and is always asking questions about the world around her.
Digit 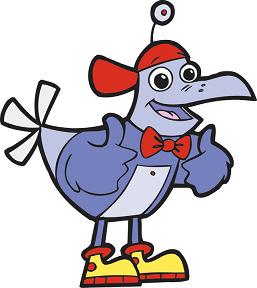 Your friendly neighborhood "cybird" and unofficial Team Pet. He used to work for Hacker, but flew the coop upon realizing that Hacker wasn't exactly a great guy. 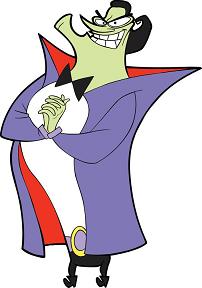 Pompous, dastardly, and power-hungry—the Big Bad of the series, until his in-series Villain Decay. At the moment, he is currently attempting to rescue his image and take over Cyberspace but he keeps flunking at it.
Buzz 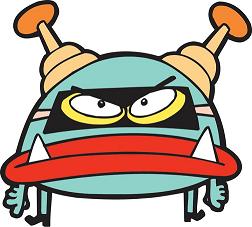 One of Hacker's henchmen and the smarter of the two. Aspires to open a doughnut shop one day, but every attempt has been foiled so far.

Buzz's first voice actor, Len Carlson, died in 2006. He was replaced by Phil Williams. The episode "Ecohaven: CSE" is dedicated to Mr. Carlson.

Another one of Hacker's henchmen and the more child-like of the two. He really likes bunnies.
Wicked 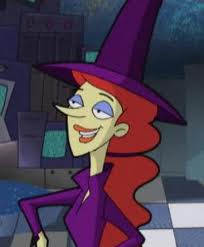 Witch hailing from the cybersite of Happily Ever After. She's a bit obsessed with Hacker, to the point where she even faked being a princess to get to marry him.

In the ending credits, she took Dr. Marbles' place a few seasons in.

New villain introduced towards the very end of season 8. He was a huge fan of The Hacker back in the day, and aspired to be just like him. 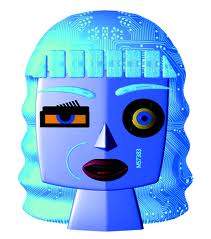 The benevolent ruler of Cyberspace. Unfortunately, she's also pretty useless thanks to Hacker's virus. Her role in the series is mostly to give the kids their next assignment.
Dr. Marbles

Motherboard's tireless mechanic and creator of Hacker. Likes blue and TRON. His favorite novel is Zen and the Art of Motorcycle Maintenance… just take a guess at his favorite hobby.
Slider 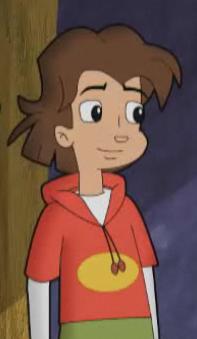 A friend of the Cybersquad. His dad was once a friend and coworker of Hacker's, but went into hiding. In one of the Story Arcs, the Cybersquad helps him find his dad. He occasionally helps out the Earthlies and is popular with the fans.

Sam Vander Rom
Journalist seen around Cyberspace reporting on various doings. Quite the Deadpan Snarker.
Erica Ram
An associate of Sam Vander Rom's. She is also a journalist.
Creech
The current ruler of the Cybersite Tikiville.
Fluff
Penguin who became one of the True Companions of the Cybersquad in the later seasons.
Sherry Spotter

The Cybersquad's main contact at Frogsnorts.
Olly
A junior ranger on Ecotopia. Only appears in The Movie

Harry Wilson
The usual center character of the For Real segments. A running gag with him is that he keeps losing jobs
Bianca DeGroat
Another center character in the For Real segments. She uses what's learned in the TV show to solve her real world problems
Kelly
Bianca's friend
Harley Wilson
Harry's cousin, who messes up Harry's plans and annoys him.
Mr. Sleazé
A con artist who sells stuff that doesn't work and rigs carnival games