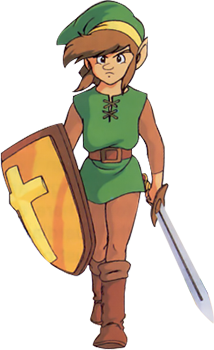 Despite Link's status as a Legacy Character, this is the exact same Link from the previous game. After defeating Ganon, he stays in Hyrule to help rebuild. On his sixteenth birthday, a strange mark appears on the back of his hand; when he shows it to Impa, she takes him to a locked room in the North Castle, where the mark in question causes the door to open. This leads to the explanation of the original Princess Zelda and her centuries of sleep. Link is then tasked with returning six crystals to six palaces in order to acquire the Triforce of Courage, which will enable him to awaken her. 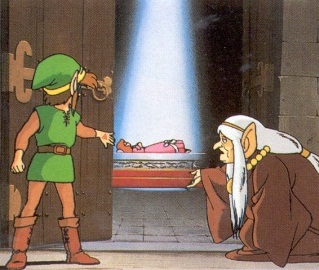 The Princess that Link rescues in this game has been asleep for centuries. She had been cursed by the evil wizard who wanted the Triforce at her brother's command. By breaking the curse on the palaces and retrieving the Triforce of Courage, Link rescues her. 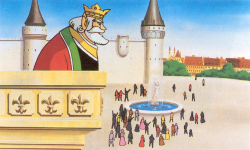 Centuries before the events of the original game, this ancestor of Princess Zelda was the ruler of Hyrule, and beloved by the people for being just and wise. In stark contrast to the Triforce mythos of the later games, the King held all three parts of the Triforce.note This is explained in the Hyrule Historia timeline by explaining that the Triforce was brought out of the Sacred Realm after the events of A Link to the Past and that several Hylian kings utilized the Triforce to unify the kingdom for what is implied to be a while before this king, which also explains the Triforce's presence in a castle/temple in the Oracle subseries opening. As he knew himself to be dying, he realized that his son should not inherit the entire Triforce. He therefore broke it apart, bequeathing only the Triforces of Wisdom and Power to his son, and concealing the Triforce of Courage in a hidden location until such time as a worthy hero would be born who could retrieve it. The secret of what he had done he disclosed only to his daughter, Princess Zelda.

The Prince of Hyrule 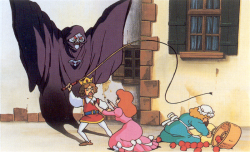 When his father died, the Prince was enraged that he could not inherit the entire Triforce. An evil wizard counseled him that Zelda knew where the Triforce of Courage was hidden. When she would not tell him, the wizard threatened to curse her, and made good on his promise.

Guardians
A group of monsters selected by the King to guard the Palaces that Link must enter. They are called Horsehead, Helmethead, Rebonack, Carock, Gooma, Barba, and Thunderbird. 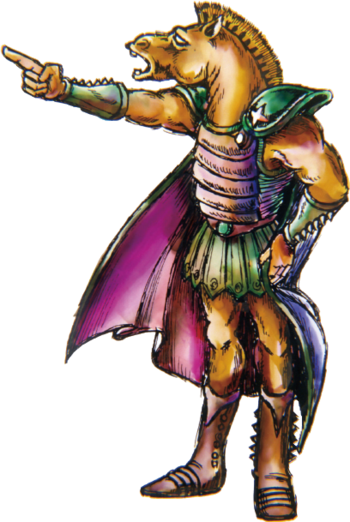 A horse-headed warrior who fights Link with a heavy mace. Horsehead serves as the boss of the Parapa Palace. 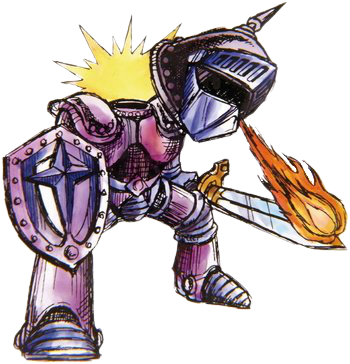 A living suit of armor with a detachable head, fought as the boss of the Midoro Palace. 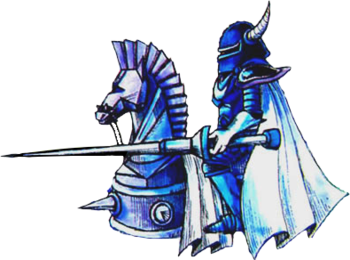 An Iron Knuckle knight who attempts to ride Link down on his horse. Rebonack is fought as the boss of the Island Palace. 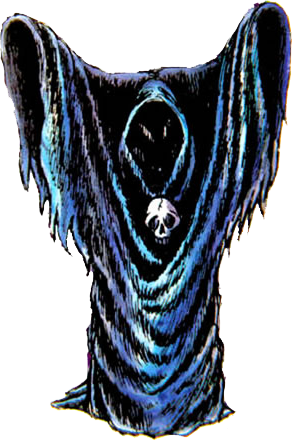 A robed wizard who attempts to strike down Link with magic bolts while warping around his room to avoid being hit himself. Carock serves as the boss of the Maze Island Palace. 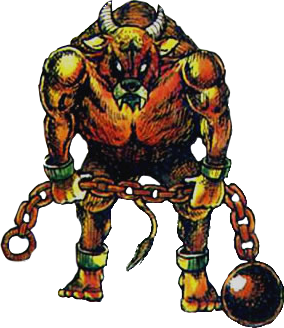 A minotaur-like beast who fights with a ball-and-chain. Gooma is the boss of the Palace on the Sea. 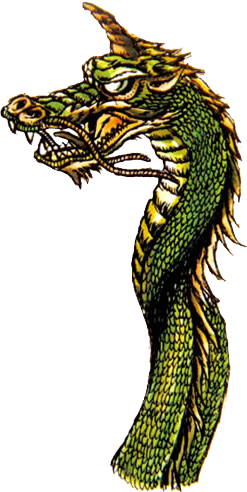 A serpentine dragon who fights Link in a room full of lava pits, rising out of the molten rock while keeping its vulnerable head above Link's reach. Barba is the boss of the Three-Eye Rock Palace.

An artificial lifeform created by the King of Hyrule to protect the Triforce of Courage, Thunderbird fights Link as the boss of the Great Palace.
Link's Shadow

Later known as "Dark Link", "Shadow Link", and "Black Link", he is Link's Doppelgänger who appears as the surprise final boss created by a wizard to test Link.

A minor NPC who appears in the town of Ruto with seemingly no purpose besides his signature line, "I AM ERROR." He later serves an actual purpose by giving you instructions on how to get to the Island Palace. 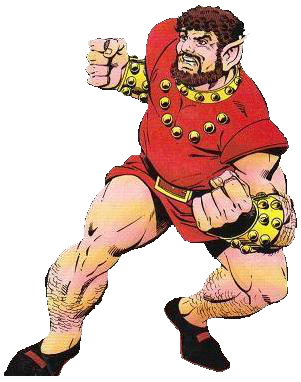 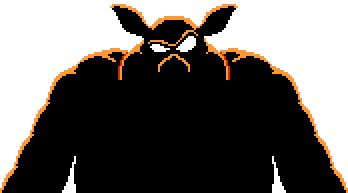 GAME OVER
RETURN OF GANON

The evil overlord who Link defeated in the first Legend of Zelda, he doesn't physically appear in this game, but his remaining minions are still around and need Link's blood to revive their vanquished master.