This page describes the characters appearing in Mobile Suit Gundam: Char's Counterattack and the tropes associated with them. As usual, please help out with the blurbs and keep in mind that this page contains a lot of spoilers. 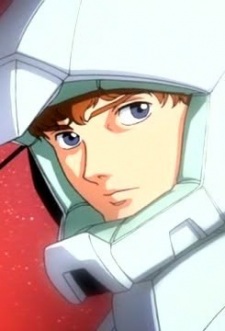 The Protagonist of the original Mobile Suit Gundam, Amuro is a twenty-nine year old veteran who has Seen It All and done it all. He leads the Londo Bell squadron's mobile suits, has a longstanding grudge against Char, and is one of the few people who seems to take the threat of a new war against Neo-Zeon seriously. 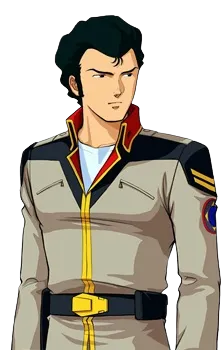 Amuro's commander during the One Year War, Bright is a veteran of three separate wars, and a captain in the Londo Bell squadron. Like Amuro, he doesn't trust Char at all, and is quietly preparing for war. 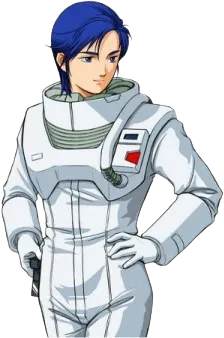 An apparent longtime friend of Amuro's, Chan is one of the mechanics assigned to the Nu-Gundam. Like Amuro and Bright she does not trust Char to keep the peace. She also harbours romantic feelings for Amuro. 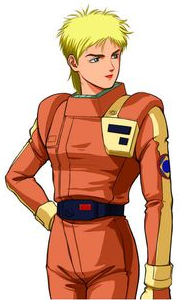 A capable MS pilot with the Londo Bell squadron, Kayra is in a relationship with longtime engineer Astonaige. 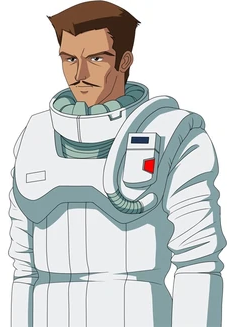 The Executive Officer aboard the Ra Cailum.

Char Aznable
A Fallen Hero who has become the leader of Neo-Zeon and driving force of their nuclear winter plans. See the Mobile Suit Gundam: Char's Counterattack section on his character page for more on him.
Quess Paraya 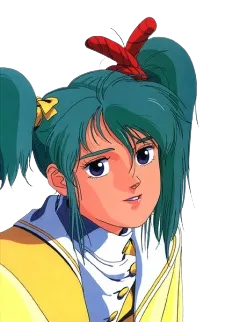 A powerful Newtype, and the daughter of an Earth Federation minister, Quess is a spoiled little girl with no real ability to connect to normal people except for Christina and her other friends. When Amuro and the rest of the Londo Bell don't pay enough attention to her, she sets her sights on Char and latches onto him, becoming one of his pilots.

A Cyber-Newtype who acts as Char's right-hand man, Gyunei seems like a relatively rational kid, who tries to bring a sense of balance to Neo-Zeon's leadership. After being assigned to train Quess he reveals (or develops) a highly unstable side, becoming obsessed with proving himself to Quess and harboring delusions of replacing Char as leader of Neo-Zeon.

Char's Number Two, advisor and seemingly lover, Nanai is the head of Neo-Zeon's Cyber-Newtype labs, and is personally responsible for the enhancing of Gyunei, Quess, and possibly even Char himself. Though her feelings for Char are genuine, he is using her like he's using everyone else, and when a certain green-haired young girl enters the picture their relationship further complicates. 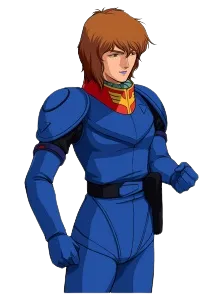 A brutish Dark Action Girl who serves as one of Char's best pilots, Rezin seems to have joined up with Neo-Zeon for no better reason than her love of killing. Completely unwilling to obey The Laws and Customs of War, she is a prime example of everything that is wrong with Char's movement. 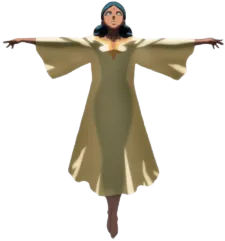 A young Zeonic pilot who fought beside Char during the One Year War and was accidentally killed by Amuro. Even 14 years after her death, she still casts a large shadow on both Amuro and Char.

The former fiancé of Mirai from MSG, The Bus Came Back and he's now a Federation official. Despite being rejected by Mirai, he still has feelings for her and uses his position to help her and Londo Bell.

A Newtype guru who teaches Quess about Newtypism and Char's philosophy. They were seen together in the beginning of the movie, until Quess's father called for her return via security guards.

The Federation's Vice-Foreign Minister and father of Quess, Adenauer is a self-satisfied and short-sighted man who cares more about his mistress and his personal comfort than his daughter or the downtrodden masses of Earth. As Rezin is an example of everything wrong with Neo-Zeon, Adenauer represents the corrupt politicians of the Earth Federation.