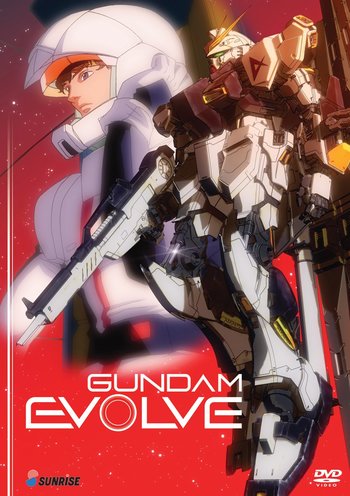 Gundam Evolve is a series of short (usually CGI) films set in various Gundam universes. The episodes range from recaps of series; side-stories starring major, minor, or new characters; even alternate endings to canon works. The shorts take place all across the Gundam multiverse, originating in the Universal Century setting before branching out into the alternate universes. 15 episodes have been released (later compiled in three volumes of five episodes apiece), with no intention to produce more.

This series of animated shorts contains the following tropes: