A secret "fourth house" in the hidden society called Abyss, which exists underneath the Garreg Mach Monastery. The Ashen Wolves are a house In Name Only and are lead by their faction leader, Yuri. 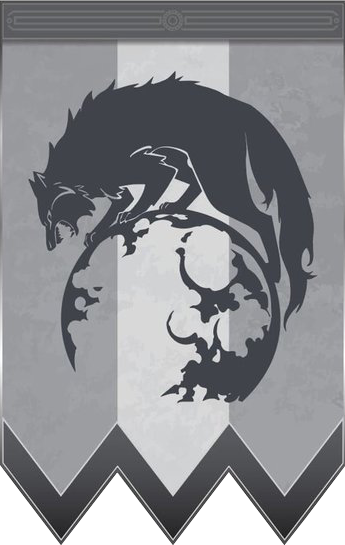 Ashen Wolves' Banner
"We're a unique bunch from all walks of life. Once you get to know us, I'm sure you'll love it here."
— Yuri introducing the Ashen Wolves

Tropes Associated with the Ashen Wolves 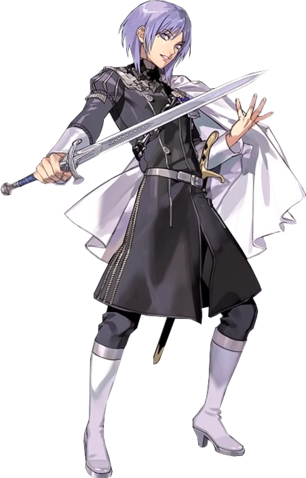 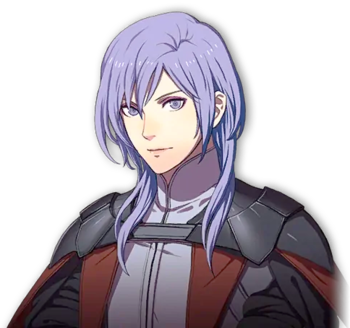 He's the leader of the Ashen Wolves. He was once a student at Garreg Mach, but he was expelled and moved to Abyss. Behind his crude language is someone who wants to protect the people living in Abyss.

His personal ability, Honorable Spirit, increases his Attack if he engages an enemy one space away by himself and he is not adjacent to an ally. He bears the Major Crest of Aubin, which has a chance to prevent enemy counterattacks when he uses a weapon. 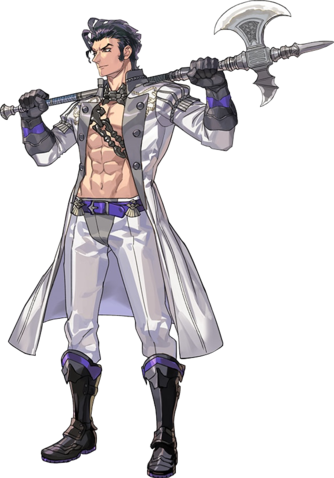 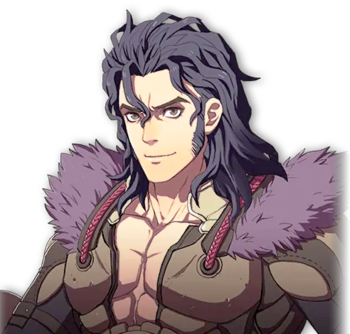 King of Grappling
Balthus is a member of the Ashen Wolves. A rowdy man hailing from the Leicester Alliance, he is the self-proclaimed "Leicester's King of Grappling". His hearty and careless personality are what lead him to fall into debt and become a fugitive, which resulted in him living in Abyss.

His personal ability, King Of Grappling, increases his Strength and Defense if he is at below half health. He bears the Major Crest of Chevalier, which will sometimes restore his health based on the damage he deals using Combat Arts.
Hapi 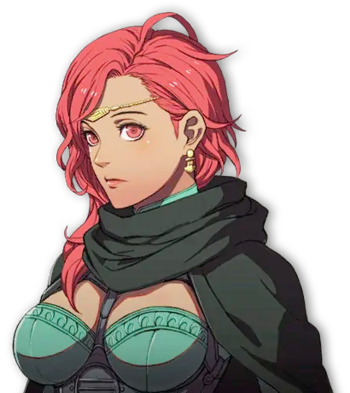 Hapi is a member of the Ashen Wolves. She is a passive woman who doesn't hide her apathy. While she holds a disinterested attitude in everything, she fights against the intruders as part of the Ashen Wolves. It's said that the reason she lives in Abyss is due to her unique "constitution".

Her personal ability, Monstrous Appeal, makes all her attacks effective against monsters at the cost of drawing aggro of monsters to herself. She bears the Major Crest of Timotheos, which gives her a chance to not consume a use of recovery magic. 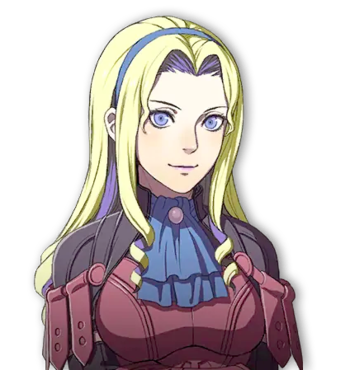 Constance is a member of the Ashen Wolves. She is an aristocrat of House Nuvelle of the Adrestian Empire, which collapsed a few years ago during the Dagda/Brigid War. While she now lives in Abyss, she hasn't given up her dream of reviving House Nuvelle.

Her personal ability, Circadian Beat, grants her increased Strength and Magic on maps where there is no sun, and increased Defense and Resistance on maps where the sun is out. She bears the Major Crest of Noa, which gives her a chance of not consuming uses of attack magic.