Various staff members of the Officers Academy in Fódlan, who offer various teachings to students and offer assistance around the Garreg Mach Monastery.

Tropes Associated with the Officers Academy Instructors and Staff
Manuela 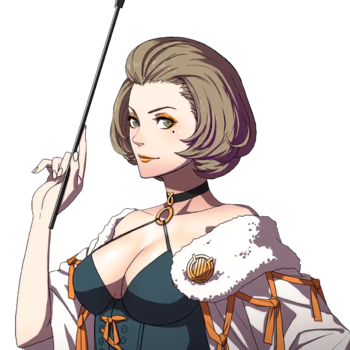 Divine Songstress
"I'm Manuela. I'm a professor, a physician, a songstress, and available. It's nice to meet you."

A teacher and physician at the Officers Academy. She used to be a diva who performed for the Mittelfrank Opera Company as one of its stars. She often laments her inability to find a significant other. 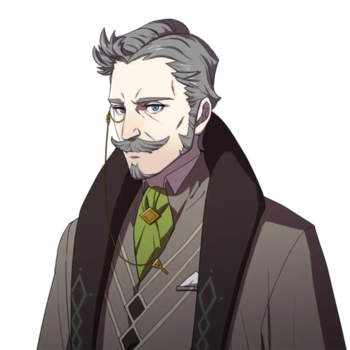 Father of Crestology
"Since you are now a professor here, I must insist you aid in my research."

A teacher and scholar studying the power of the Crests, which happens to be a subject he gets pretty enthusiastic about. He is particularly interested in the Crest Byleth bears and seeks to research it. He does not get along well with his fellow teacher Manuela.

His personal ability, Crest Scholar, allows him to Rally an ally's Magic. He bears the Minor Crest of Indech, which gives him a chance to strike twice with a weapon. 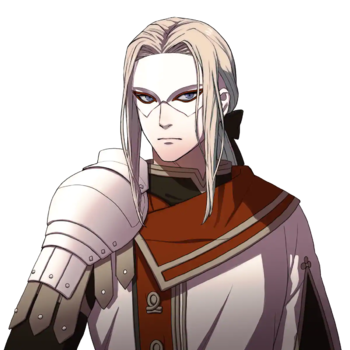 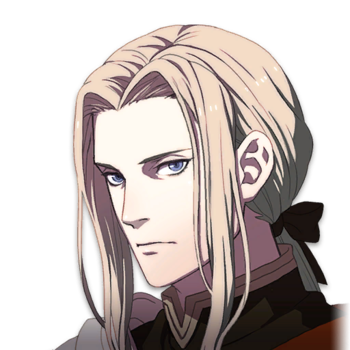 Bloodstained Demon
"Sorry, I don't like buddying up with others. If you don't have any particular business, leave."

A teacher at the Officers Academy. As the fencing instructor, his main duty is training students. He dislikes mingling with others, so much that he will reject people who try to start friendly conversation without hesitation. He is mysterious, but his skills are the real deal, as someone tasked with training students.

His personal ability, Murderous Intent, increases his Hit when initiating combat. He bears the Minor Crest of Lamine, which gives him a chance to conserve a use of recovery magic. 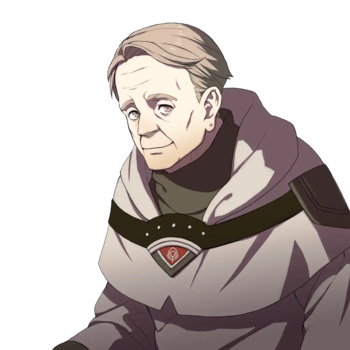 A man who has served as the Garreg Mach Monastery's librarian for more than 40 years. Not only is he knowledgeable about the books stored in the library, he knows much about the Monastery's affairs. He is also a faithful follower of the Church of Seiros. 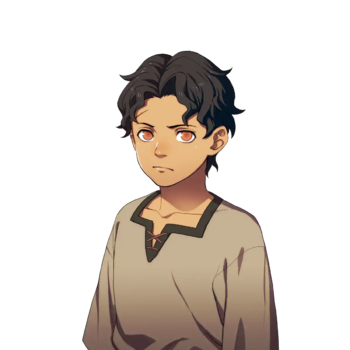 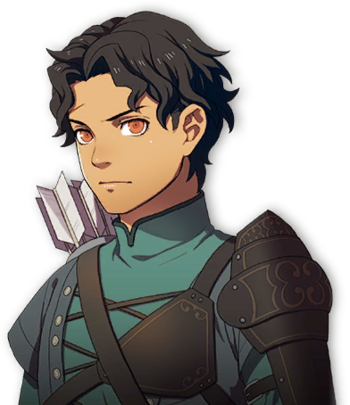 Limitless Potential
"I'm real busy, so could you please move along now? Thanks. OK now, what else did Lady Rhea need doing today?"

A young boy working as a servant for archbishop Rhea, whom he is deeply indebted to as she rescued him from a life as a war orphan. As such he takes his duties at the Monastery very seriously, so much that he is prone to seeming cold to others. He has Shamir teach him the basics of archery just so he could be of use to the archbishop.