The Black Eagles are the houses of students from the Adrestian Empire; their house leader is Princess Edelgard von Hresvelg. The Empire is known for its magic, which is reflected in the Black Eagles having three designated spellcasters instead of the standard two. They are also the most elite house, having only two students with the Commoner class instead of three, and of those, one is actually a foreign princess.

In both Three Houses and Three Hopes, all members of the house join Byleth/Shez's party should they choose the Black Eagles at the start of the game. Do note this is the only way in which Edelgard and Hubert (plus Ferdinand and Caspar in Three Hopes) can be recruited. 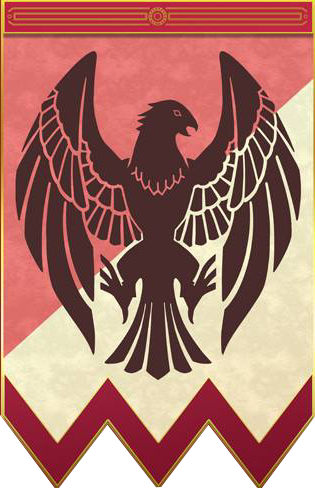 Tropes Associated with the Black Eagles 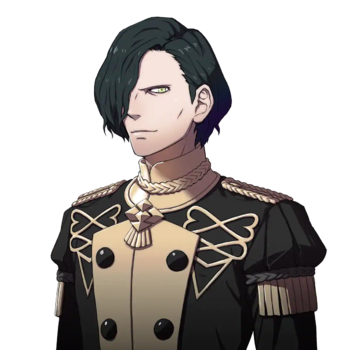 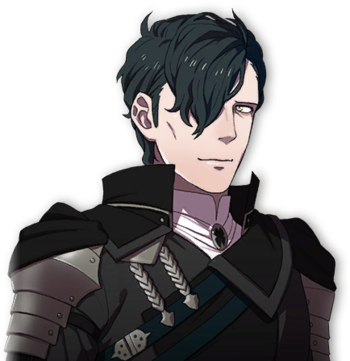 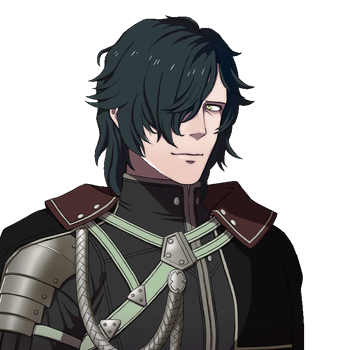 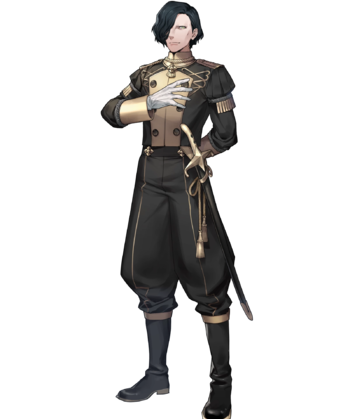 Emperor's Confidant / Sinister Servant
"If you continue to insist on distracting me, I will have no choice but to get rid of you."

The tactician of the Black Eagles, thus known as the "Brains of the Black Eagles." He is the heir to House Vestra who has served Edelgard since his youth. He is a calculating but reasonable individual who will do whatever it takes to eliminate any obstacles in Edelgard's way.

His personal ability, Officer Duty, grants him increased Might while using Gambits. 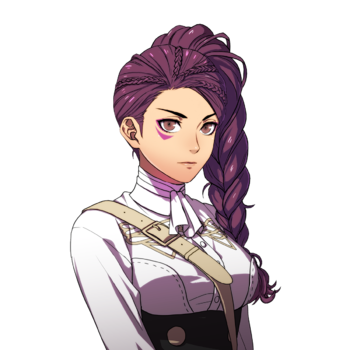 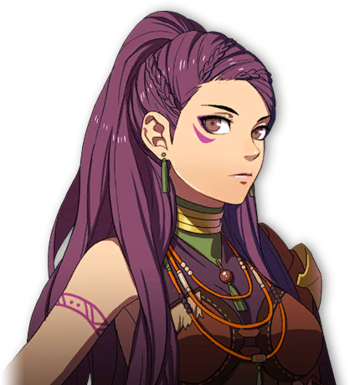 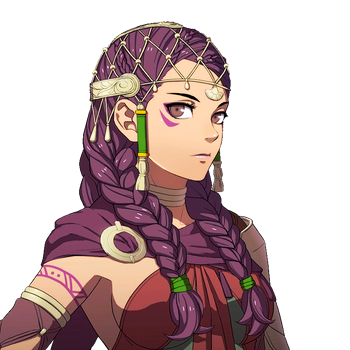 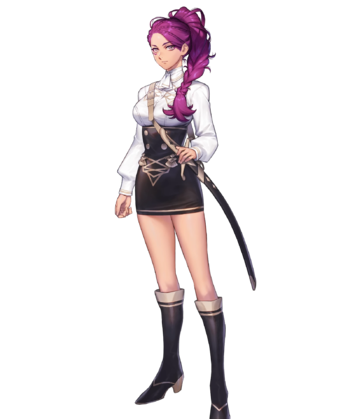 Queen / Princess of Brigid
"I have much gratitude for you, Professor. You always listen with patience. I can read and understand the language of Fódlan, but speak it... gives me difficulty. I hope I will keep having your support. And I will give you my support too, with my whole heart. I have things that I cannot fail to accomplish."

The granddaughter of the king of Brigid, an archipelago to the west of Fódlan that is under the Empire's suzerainty. As a token of their allegiance, Petra is sent from her homeland as an exchange student to the Officers' Academy. She's not yet used to Fódlan's language, but is committed to learning it.

Her personal ability, Hunter's Boon, grants her increased Crit if her foe is at half health or lower. 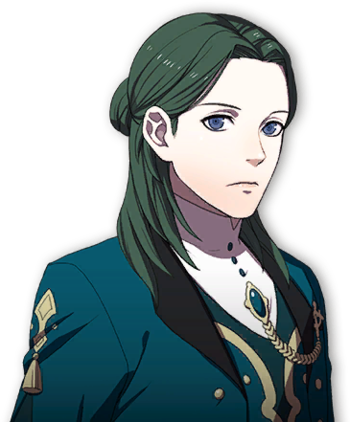 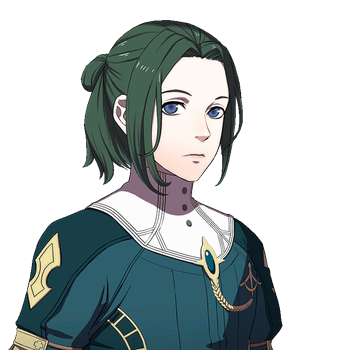 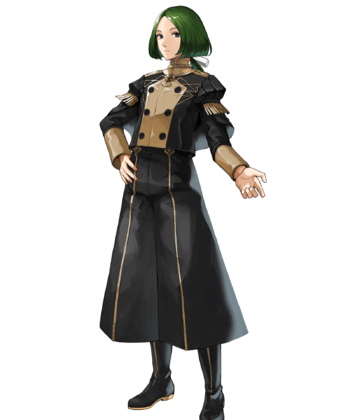 The son of Count Hevring. He hates constraints and loves his freedom, so he does his best to avoid worries and problems, and indulges in lazing about. However, he's got a genuine interest in Crests, and when he gets into his research he can forget to even eat or sleep. Despite their personalities and hobbies being different, he gets along well with Caspar.

His personal ability, Catnap, restores some of his HP if he ends the turn by Waiting. He bears the Minor Crest of Cethleann, which has a chance to raise his Might while casting recovery magic. 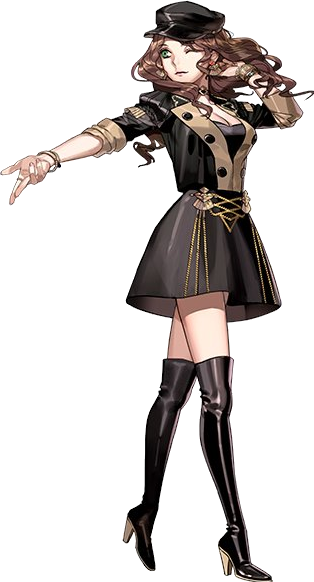 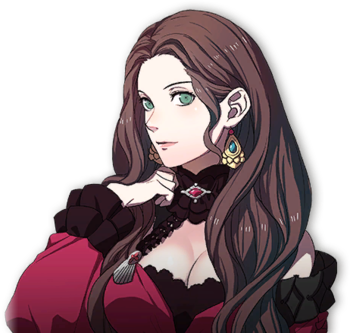 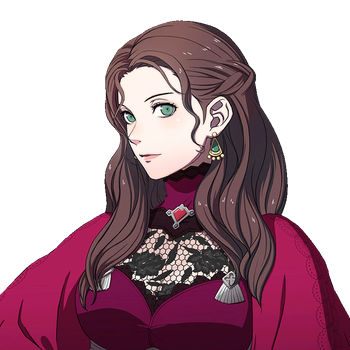 Mystical Songstress / Beloved Heart
"Anyway, I'm not just playing games with these boys. This is for my future. You have no right to object. I very much want to find a good partner here at the academy. Someone who will take care of me for the rest of my life."

A former songstress who enrolled in the Officers Academy. She was once in the Mittelfrank Opera Company and admires Manuela, who was her senior at said company. She's the only commoner in the Black Eagles, but she tries to treat her classmates as equals.

Her personal ability, Songstress, restores the HP of any allies adjacent to her at the start of the turn. 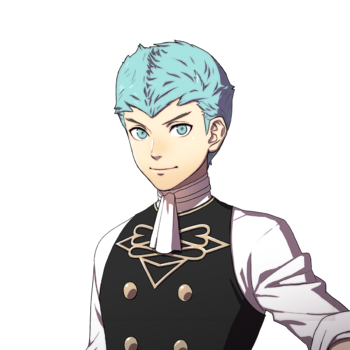 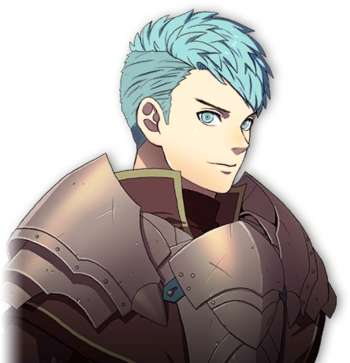 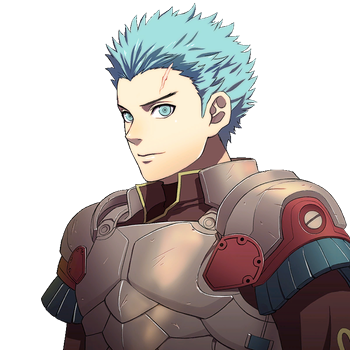 Hotheaded General/Wandering Instigator
"Now, let's break the ice with a training session. I want to see our new teacher in action!"

The second son of Count Bergliez. As he does not stand to inherit the title, he decided to make a name for himself through martial ability, training hard at the Officers' Academy. His hotheadedness holds him back, but he has a strong sense of justice that makes him hate lies and unfair treatment, and overall he has a very honest personality.

His personal ability, Born Fighter, reduces the Avoid of any enemies adjacent to him during combat. 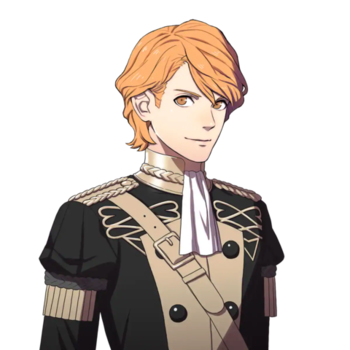 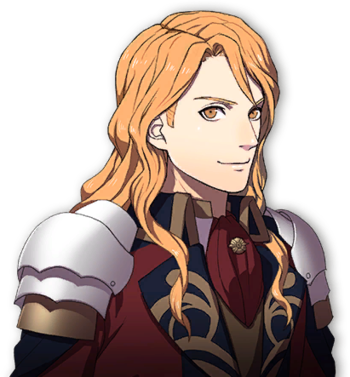 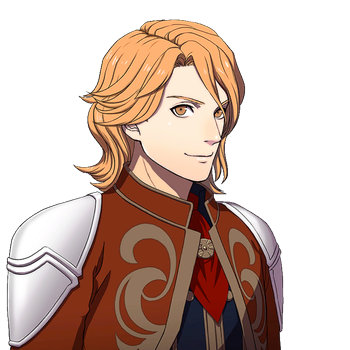 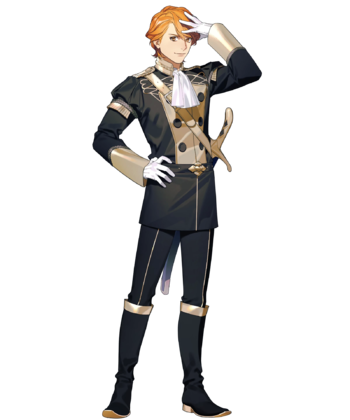 Noblest of Nobles
"I'm more talented than anyone in my class, even Edelgard. I'll lead the Empire to a bright and enlightened future."

The heir to the Dukedom of Aegir. Members of Ferdinand's family have served as prime ministers in the Adrestrian Empire for generations. Ferdinand holds great pride in himself and his family and doesn't like to lose, thus he often feels a strong rivalry with others, even with Edelgard.

His personal ability, Confidence, boosts his Hit and Avoid while he is at full health. He bears the Minor Crest of Cichol, which will sometimes negate enemy counterattacks when he uses Combat Arts. 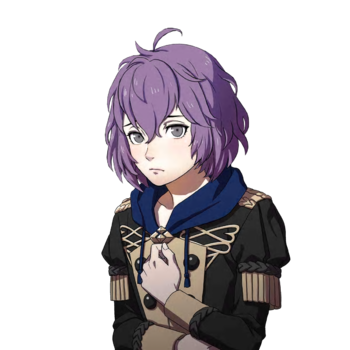 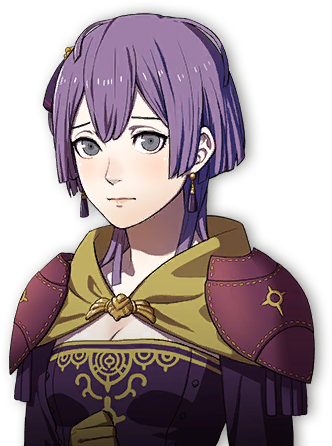 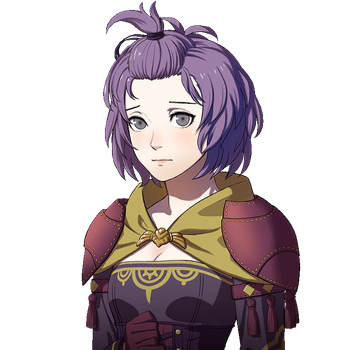 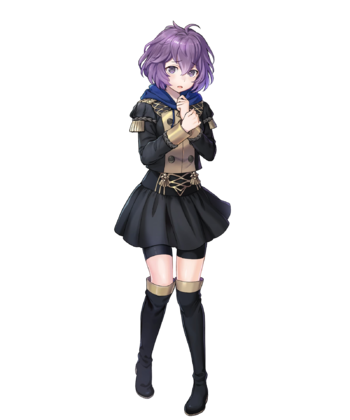 Eternal Loner
"I'm just gonna hide in the fort and cheer everyone on. There... um... is a fort, right?"

The only daughter of the Count of Varley. She's extremely shy and only feels comfortable at home or in her dorm room, where she hides and engages in her hobbies when not attending lectures.

Her personal ability, Persecution Complex, boosts her attack whenever she is below full health. She bears the Minor Crest of Indech, which will occasionally allow her to attack twice during combat.