Figures that have shaped the past of Fódlan, transforming the continent into its present state. 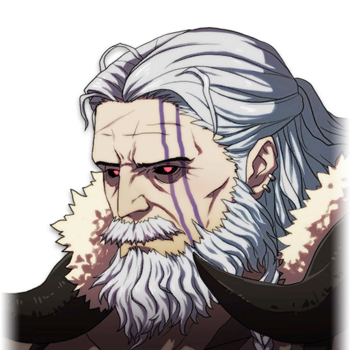 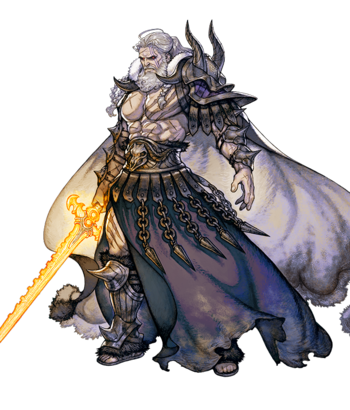 A former king of Fódlan in a time when the Goddess still roamed the earth and Seiros' opponent in a war ages ago. He once wielded the Sword of the Creator as well as the same Crest that Byleth possesses, said to have been gifted by the Goddess herself for his heroic deeds before he fell to darkness and had to be put down. His death paved the foundation of both the Adestrian Empire and modern Fódlan as it exists. Yet the truth of who he was and what he did remains a mystery to most.

Class: Saint → The Immaculate One 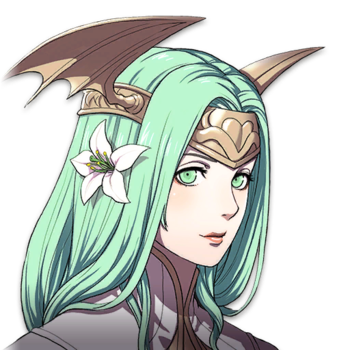 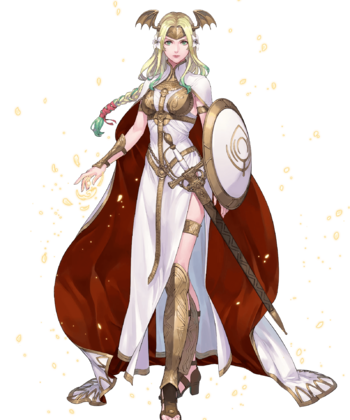 Saint of Legend
"Tell me, Nemesis, do you recall the Red Canyon? You'll die for that! Die! DIE! You took... everything that I loved!"

A Lady of War who fought against Nemesis ages ago. The central figure of worship in the present Church of Seiros. Unbeknownst to her followers, she was the demigod child of the Goddess, and her involvement in the war with Nemesis was motivated in part by her hatred for him, as he had stolen her mother's remains and slaughtered most of her kin. She's still around though, and as it turns out, these events did not have good effects on her mind.

Information about her alter-ego can be found here.

Blessed by the Goddess with the Crests and Heroes' Relics, the Ten Elites assisted Seiros in defeating Nemesis, King of Liberation. After the War of Heroes, they became heroes of Fódlan and the founders of many of the noble bloodlines in the land. Their descendants bear their Crests, which grant them significant power.

The Four Saints
As with the Ten Elites, the Four Saints aided Seiros during the War of Heroes. The Saints founded a number of noble bloodlines in Fódlan, passing down their Crests and Relics.

The Four Apostles
Four ancient crest-bearers who attempted to revive the Goddess with the power of their bloodlines and a sacred relic known as the Chalice of Beginnings. When they failed, they sealed the chalice away using those very same bloodlines and departed to the four corners of Fódlan. Though they were never heard from again, their descendants form the key members of the Ashen Wolves in the DLC story.

The Four Apostles were Noa, Chevalier, Timotheos, and Aubin.

The first Emperor of Adestria, it was Wilhelm I who joined forces with Saint Seiros and led his fledgling nation against Nemesis in the War of Heroes to unite Fódlan and free it from the now-corrupted king. Though he did not live to see the end of the war, leaving his son Lycaon I to finish his path, he is still revered by the Empire as its founder over a thousand years later.

The founder of Faerghus, Loog fought a war of independence in Imperial Year 747 to separate from the Adestrian Empire in the War of the Eagle and Lion. Defeating the empire on the Tailtean Plains in Imperial Year 751 lead to the church officially recognizing the Holy Kingdom's independence, and Loog was hailed henceforth as the King of Lions.