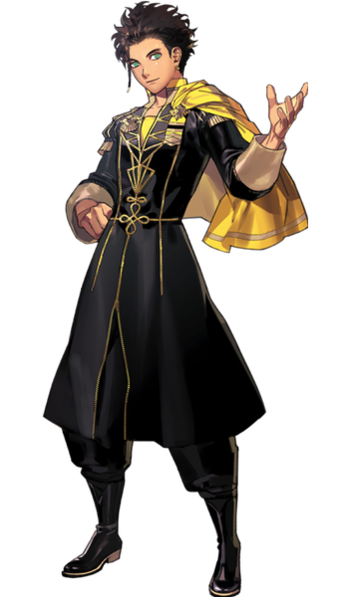 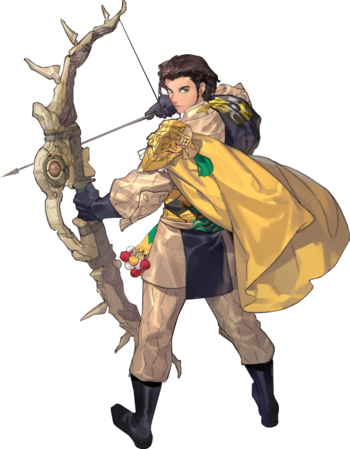 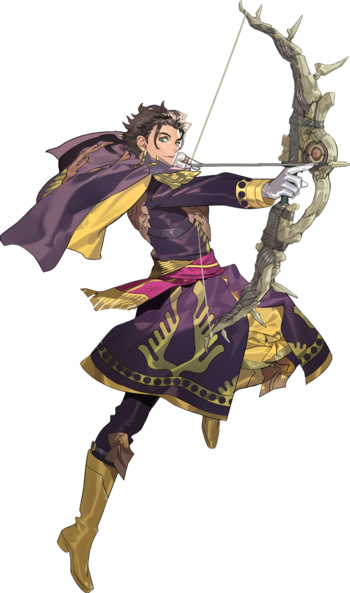 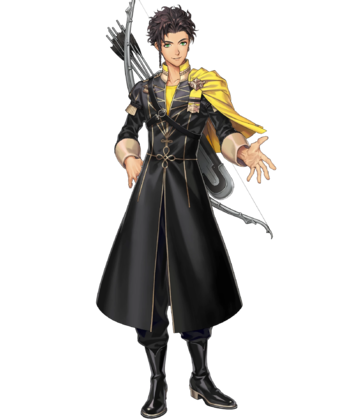 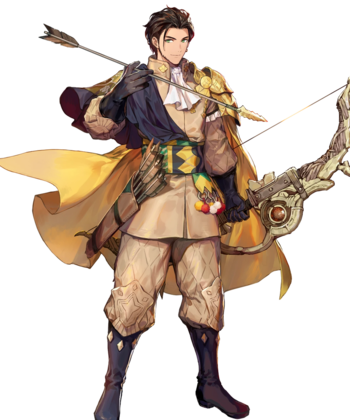 King of Unification/The Schemer
"Yet we have the strength to scale the walls between us... To reach out our hands in friendship so we can open our true hearts to one another! THAT'S HOW WE WIN!!!"

Claude von Riegan is the future leader of the Leicester Alliance and house leader of the Golden Deer. A young man who’s sociable and often smiles. Claude has the look of a person who carefully considers things and possesses keen insight. His weapons of choice are bows.

His personal ability, Leicester Lineage, grants him twenty percent more Experience. Post-timeskip it is upgraded to Leicester Lineage+, allowing him to pass through spaces occupied by foes. He bears the Minor Crest of Riegan, which will sometimes restore his health based on the damage he deals using Combat Arts.