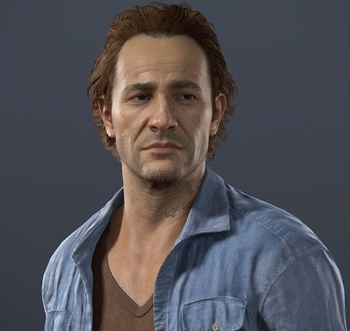 Played By: Troy Baker; Chase Austin (Teenage Sam) (English), Kazuhiko Inoue; Kouki Uchiyama (Teenage Sam) (Japanese), Ilya Isaev; Dmitry Cherevatenko (Teenage Sam) (Russian)
"We were meant for this, Nathan. You, me, together. We were destined for something great."

Nathan Drake's older brother. He used to live at the St. Francis orphanage with Nate until he was old enough to live on his own. He and Nate collaborated on the original hunt for Avery's lost treasure. However, because their plan involved sneaking into a prison, when their financier kills their man on the inside, they are forced to abandon the search to escape from the prison. Sam isn't so lucky but fifteen years later he mysteriously resurfaces with a renewed interest in hunting the treasure. But things aren't quite as simple as they seem... 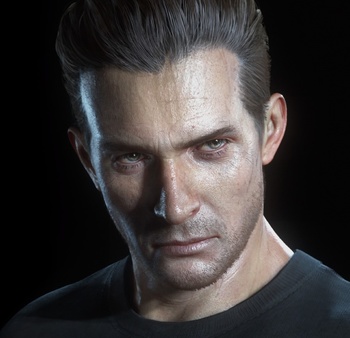 A wealthy treasure hunter and former partner to Nate and Sam whose been looking for Henry Avery's treasure for a long while. During their first job together, Rafe ruined everything by murdering a prison guard while they were working undercover inside a Panamanian prison, which is what led to Sam's incarceration. Afterwards he bought up the land near St. Disimas's cathedral in order to continue his efforts without Nate. Years later he came across another cross left by Henry Avery and attempted to acquire it, which is how he ended up crossing paths with Nate and Sully in the present day. Turns out he was the real reason Sam was released from prison, whom he had him bribed out in order to use his knowledge to hunt down Avery's treasure. However Sam broke away from him and rejoined Nate, forcing him to use Shoreline to help him trace the treasure. 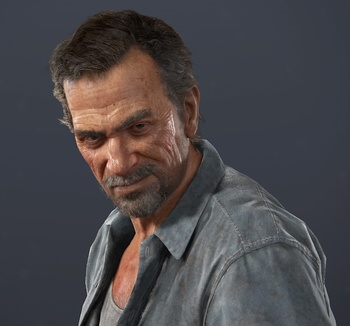 A Panamanian drug lord who shares a cell with Sam Drake. 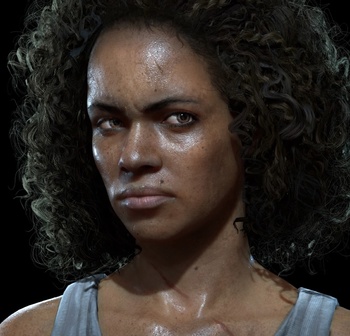 The head of Shoreline, a mercenary company which has partnered with Rafe. In Uncharted: The Lost Legacy, Shoreline has been put under new management, and Nadine joins up with Chloe Frazer as her partner/bodyguard. 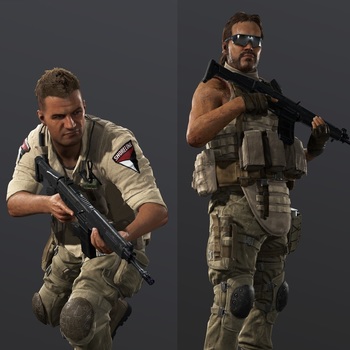 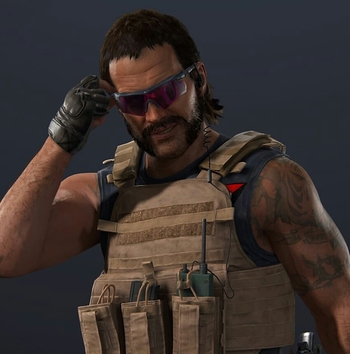 Orca, as he appears in Uncharted: The Lost Legacy.
Played By: J. B. Blanc (Knot), Gideon Emery (Orca)
"Fun fact. I've killed at least one living thing on every continent."
— Knot
"It's not that I'm arrogant, it's that I'm the best."
— Orca

Two of Shoreline's top lieutenants serving directly under Nadine, with Knot apparently her second-in-command. Both are playable characters in Multiplayer.

In Uncharted: The Lost Legacy, it's revealed that Orca survived Libertalia and went on to oust Nadine from her position within Shoreline. Now the head of a severely weakened private military company, Orca seeks to restore it to profitability, no matter the cost.

A Panamanian jail guard who smuggled Nate, Sam and Rafe into his jail, and now wants a cut of Avery's treasure.

A Panamanian convict who Nate picks a fight with in jail. 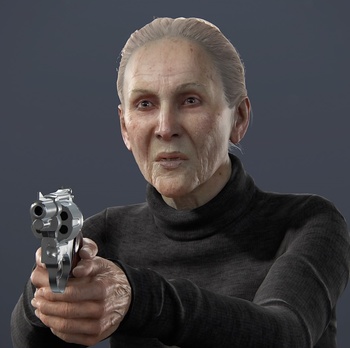 An old employer and friend of Nate and Sam's mother. 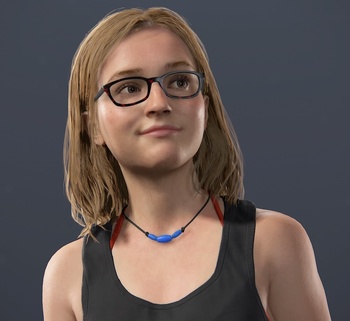 The daughter of Nate and Elena. She is 15 years old at the time of the Epilogue. 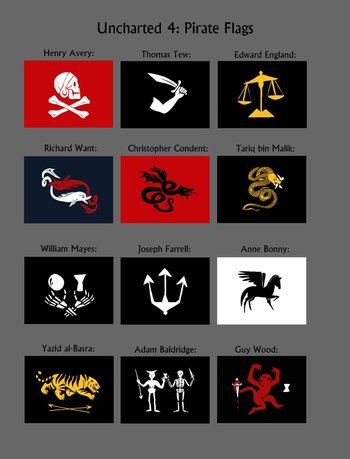 The commune of pirates built to escape the legal shackles and social conventions of its time. 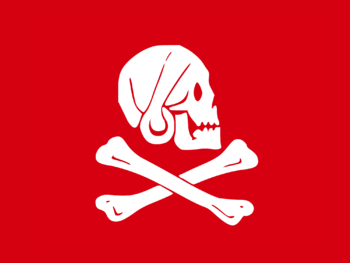 A notorious pirate captain who managed to amass and retain a huge fortune during his lifetime. Hunted by agents of the Privy Council and the East India Trading Company for his many crimes, he disappeared completely in 1696, with recorded history unable to account for his whereabouts afterward. 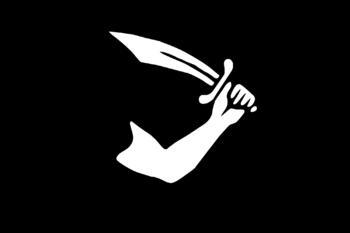 Henry Avery's second-in-command and co-founder of Libertalia. He participated in the same massive pirate attack that Avery did, though unlike Avery, he was believed to have died in the assault. In reality, Tew survived, and he and Avery decided to use the treasure to found Libertalia.