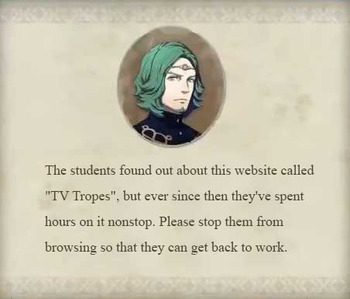 I have something to ask of you.
Advertisement:

Due to the sheer number of memes that Three Houses has generated, this page has been split into multiple sections.