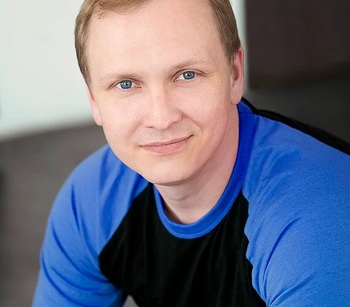 Trope every last one of them!

Chris Hackney (born November 3, 1982) is an American voice actor born in Cocoa, Florida and based in Los Angeles, California. He's known for his distinct deep voice as evident with his role as Dimitri in Fire Emblem: Three Houses (although he's capable of adjusting his voice for younger and/or sillier characters such as Boey in Fire Emblem Echoes: Shadows of Valentia).