Main Character Index
Monsters | Anything Muppets | Other Muppets
People | Unseen and Animated Characters
A heterogeneous group of furry creatures, many of whom share the last name "Monster".
open/close all folders
In General
Advertisement:
Alistair Cookie 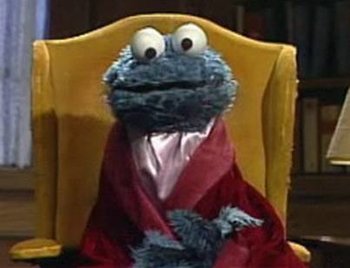 The host of Monsterpiece Theatre. He is basically Cookie Monster in a red robe and wears a pipe in his mouth. 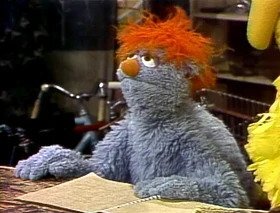 Baby Tooth and the Fuzzy Funk 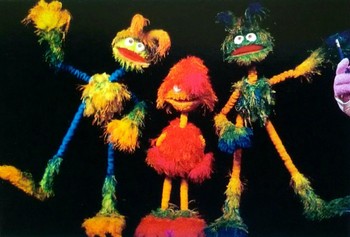 The three Muppet monster dancers who appeared in the 1990s. They sometimes dance with humans. 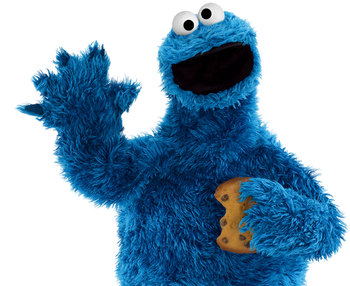 The very incarnation of gluttony. He loves cookies more than anything, but has been seen talking about "healthy" food, so kids can make good decisions in regard to nutrition. Cookie Monster has starred in several skits of his own in recent years, most recently "Cookie Monster's Foodie Truck", where he and Gonger (from The Furchester Hotel) visit the source of the missing ingredient of a recipe assigned to them by a child (Cookie's insatiable hunger is usually the reason why that ingredient is missing). 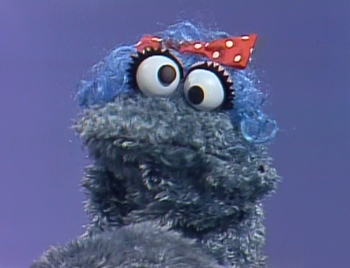 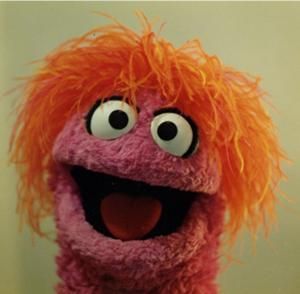 An energetic, pink monster who has red hair, wild rolling eyes, and a passion for play. She lives in a cave with her caretaker, Pearl. 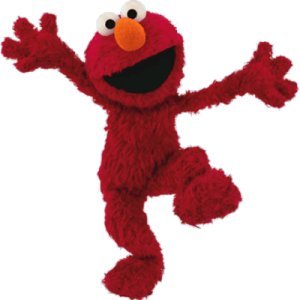 "These are the tropes, la la la la, Elmo's tropes."

A 3½-year-old monster who speaks in a high-pitched voice and eschews pronouns. Hosts the "Elmo's World" and "Elmo: The Musical" segments, as well as The Not-Too-Late Show with Elmo, and the object of 1996's Tickle-Me-Elmo craze. 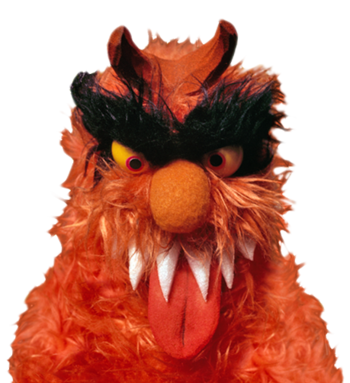 An orange monster with big teeth. 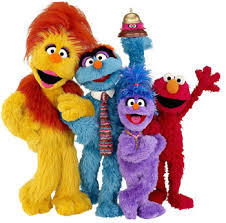 Elmo's uncle Fergus, aunt Funella, and cousin Phoebe, who run a hotel in the United Kingdom. 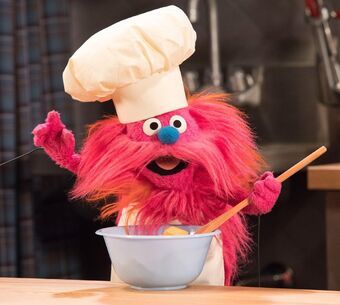 A marble-mouthed monster chef who first appeared on The Furchester Hotel (the British co-production) before joining the domestic show for the "Cookie Monster's Foodie Truck" segments. Due to his weird voice, he very often mispronounces certain words: "pinea-pap-ple", "cran-ba-berry", "cheeeeeeese" "bana-na-na-na-na", etc, as well as adding an "h" sound to words that begin with a vowel. 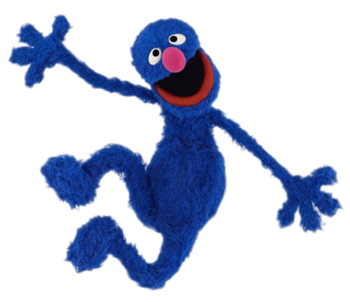 A well-meaning, multitalented monster who suffers more humiliation and injury than the rest of the cast combined. He also goes as a superhero named Super Grover. (He became Super Grover 2.0 in 2010.) 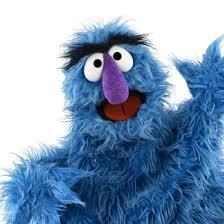 A large, blue monster. He's strong and has a gruff voice but he is very sweet. Always wanting to help out but usually inadvertently ended up breaking more than he fixed. Herry was a main character on the show from Season 2 (1970-1971) until Season 31 (2000). 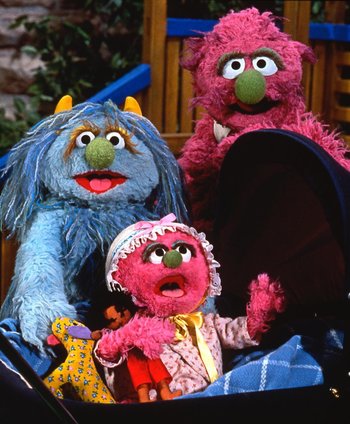 A family of monsters. Ingrid is the mom, Humphrey is the dad, and Natasha is the baby. Humphrey and Ingrid work as employees at the Furry Arms hotel. 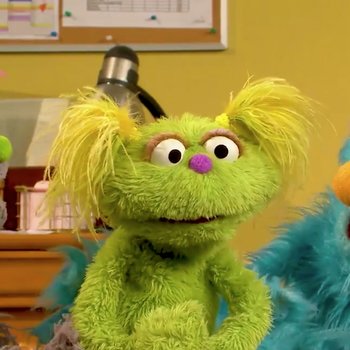 A young monster who was initially in foster care before moving back with her mother and was written to teach kids about foster care and parental addiction. While we don't know much about her as a person (apart from the fact that she has some toy elephants, plays soccer, and likes PB&J and pizza), she has a complex story line: she used to live alone with her mother, but then her mother got addicted to an unknown substance. While the mother was in rehab, Karli was fostered by a couple named Clem and Dalia. Now, Karli is living with her mother again, but the mother is still in group therapy. 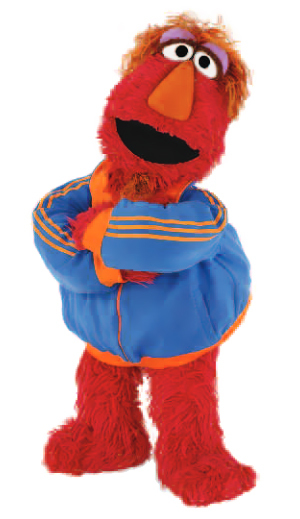 Elmo's father, who is a loving dad and ambiguously in the military. 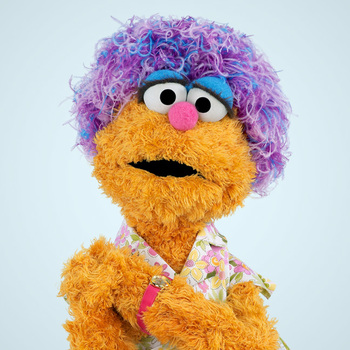 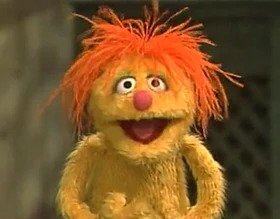 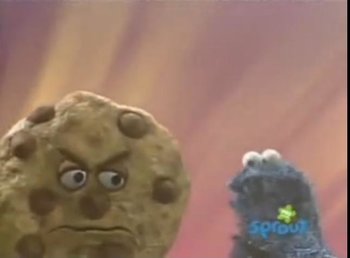 A giant talking cookie who is, to put it simply, a personification of the phrase "You are what you eat". He appeared in the 1992 sketch, where Cookie Monster has a very sad nightmare after waring the last of his birthday cookies. He tells Cookie Monster his sad story on how he became a cookie. He used to a blue furry monster as well, but his cookie-only diet caused him to turn into a cookie, and he regrets sadly that he never had healthier foods. As Cookie Monster wakes up from his sad dream, he declares that he will never eat cookies again and starts eating carrots, fish, and whole wheat bread. But then he eats a cookie afterwards, with the remark "Well, maybe sometime a cookie!" 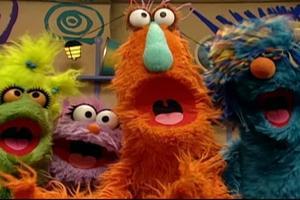 From left to right: Phoebe, Googel, Narf and Mel

Four energetic monsters named Phoebe, Googel, Mel and Narf. They have a club called the Monster Clubhouse, where they do wacky things like get chased by elephants. 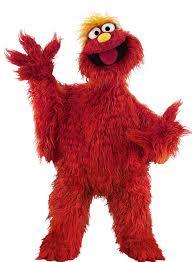 A fluffy orange monster with a round, oversized jaw who rose to fame by hosting a variety of recurring segments; namely Word on the Street and Murray Has a Little Lamb. These are unique in that they're kept separate from the regular Sesame Street scenes by being set in the "real world" where Murray has largely unscripted scenes interacting with "normal" people, with his Spanish-speaking lamb Ovejita. 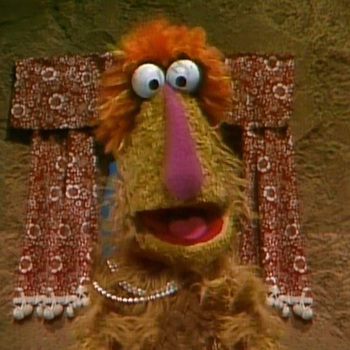 A brown monster who lives in a cave with Deena, for whom she serves as a caretaker. She likes peace and quiet, which is often difficult for her to achieve because of Deena's relentless energy. 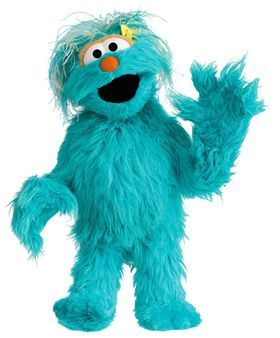 A 5-year-old bilingual monster who plays guitar. She was originally patterned after a fruit bat, but lost the wings in Season 35 through 51. She stated in an interview that they just popped off when flying. 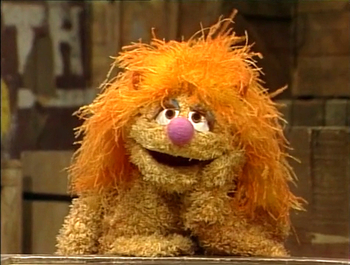 A bright red haired orange-yellow monster who loves learning experience and research on everything. 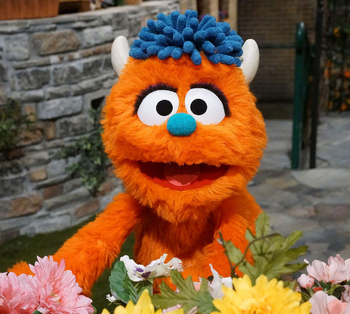 A blue-haired orange monster who is Abby Cadabby's stepbrother, introduced in season 47 to help introduce kids to blended families. He has a habit of "borrowing" his stepsister's wand without her permission. 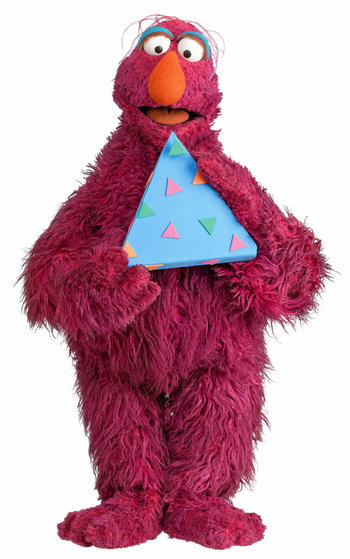 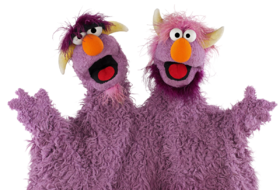 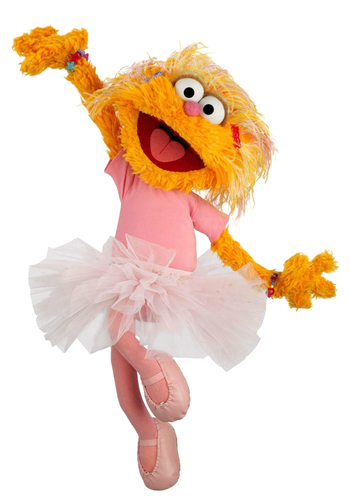 A monster who was added in the 1990's in order to add balance to a predominantly male cast. She is good friends with Elmo and Big Bird. They gave Zoe a tutu in 2002, so people wouldn't be confused on whether she's a boy or a girl, but it was removed in 2017, now wearing it occasionally.