The Last Crew of The Orca 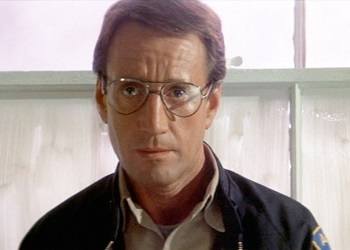 "You're gonna need a bigger boat."
Played By: Roy Scheider
" I can do anything; I'm the chief of police."

Amity's police chief who moved to the island with his family to get away from the dangers of living in New York. He hates water, and to his dismay he has to deal with one of its toothier inhabitants up-close-and-personal...twice. 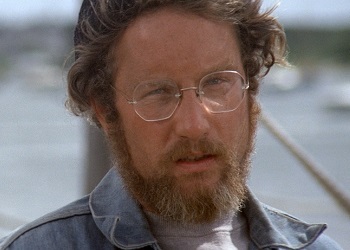 "Ah, they're all gonna die."
Played By: Richard Dreyfuss
"I'm not going to waste my time arguing with a man who's lining up to be a hot lunch."

Shark-fascinated marine biologist who was called to Amity island to help with the shark problem. He starts off as a white-collared college kid foil to Quint's blue collar gruffiness, but they come to an understanding with each other. 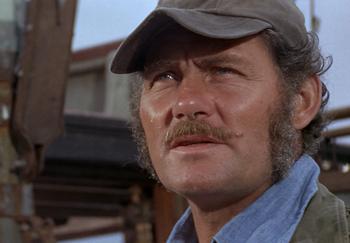 "Farewell and adieu to you fair Spanish ladies~"
Played By: Robert Shaw
"Y'all know me. Know how I earn a livin'. I'll catch this bird for you, but it ain't gonna be easy."

Seaman with a bone to pick with all sharks, due to traumatizing events in World War II. He is hired to hunt down the shark with Brody and Hooper giving him assistance. 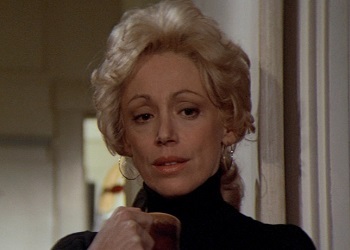 "I just want to know one thing; when do I get to become an islander?"
Played By: Lorraine Gary
"My husband tells me you're in sharks."

Martin's loving wife, who offers emotional support to him when things are looking down. After he died, she was forced to deal with a killer shark that was specifically targeting members of her family in the fourth film. 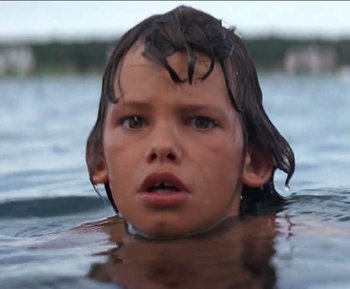 Played By: Chris Rebello (first film), Mark Gruner (2), Dennis Quaid (3) and Lance Guest (The Revenge)
"White sharks are dangerous. I know 'em. My father, my brother, myself. They're murderers." 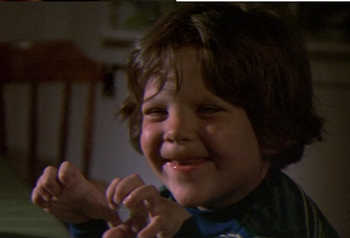 Michael's younger brother. He spends most of the time following his brother and is ultimately killed in the first minutes of The Revenge. 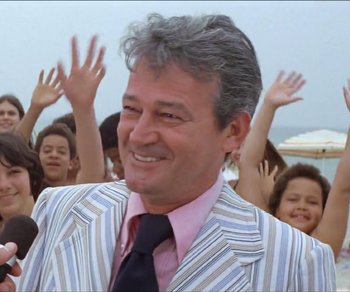 Played By: Murray Hamilton
"You yell shark, we've got a panic on our hands on the Fourth of July."

The Mayor of Amity, Vaughn is more concerned with the island's tourism industry than protecting the islanders from the shark. 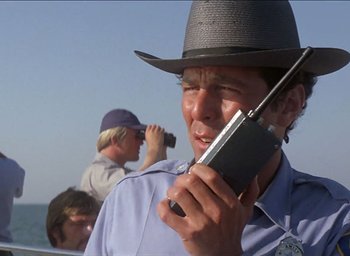 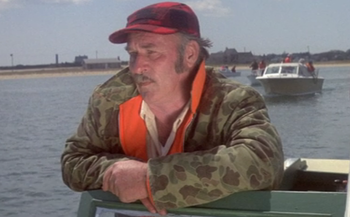 Played By: Craig Kingsbury
"When we get them silly bastards down in that rock pile, it'll be some fun, they'll wish their fathers had never met their mothers. When they start takin' their bottoms out and slamming into them rocks, boy!"

A veteran fisherman on Amity who participates in the hunt for the shark.

A young woman visiting Amity Island, who had the misfortune of being the first person to encounter "Bruce". 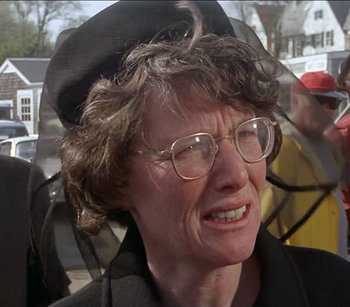 Played By: Lee Fierro
"I just found out, that a girl got killed here last week, and you knew it! You knew there was a shark out there! You knew it was dangerous! But you let people go swimming anyway? You knew all those things! But still my boy is dead now. And there's nothing you can do about it. My boy is dead. I wanted you to know that."

Mother of Alex Kintner, one of the many unfortunate victims of "Bruce".

A young boy who has the misfortune to be one of "Bruce"'s victims.

A real estate developer who can bring new business to the town following the original series of shark attacks.

A teenage city slicker staying at Amity with her cousin Brooke.

A teenager and one of Mike’s friends.

One of Mike’s friend and Tina’s boyfriend.

One of Mike’s friends and Eddie’s girlfriend.

One of Mike's friends and the girlfriend of another sailor, Patrick.
Andy

Mike's best friend among the sailing crowd in the second movie.
Brooke

Another of the sailing kids and Lucy's boyfriend.
Denherder and Charlie

Two locals who try to catch the first shark by fishing off the dock with pot roast.
Salvatore

A man who works for Quint.
Mrs. Taft

The manager of the Florida Sea World.

A mechanic who winds up the first victim of “Brucetta”.

The ones with the eponymous jaws. After the first shark swam into the waters of Amity Island, all members of the Brody family have found themselves confronting them in increasingly convoluted ways. For various reasons, the first shark is the one fans prefer to talk about. 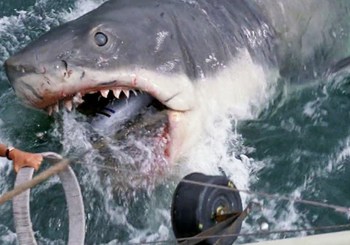 "...What we are dealing with here is a perfect engine, an eating machine. It's really a miracle of evolution."
— Hooper 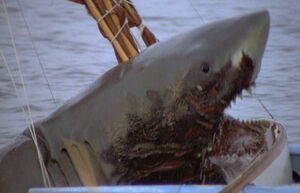 The second Great White Shark to terrorize Amity Island, she was scarred by a boat explosion, something that gave her a gruesome visage.

A large, man-eating Great White Shark who infiltrated Sea World and began eating fish and anyone unfortunate enough to be in her general vicinity. After her baby was inadvertently killed by the staff, she went on a rampage throughout the park, killing anyone in her path. 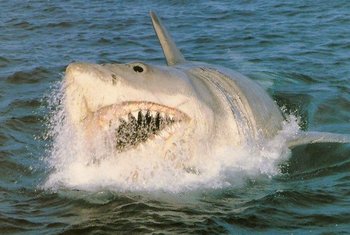