Soren
A young Barn Owl and the main character of the first six books, though he remains a supporting protagonist throughout the rest of the series. 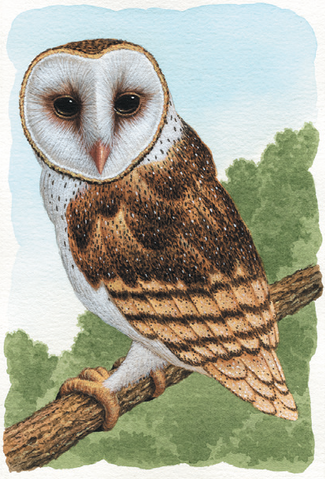 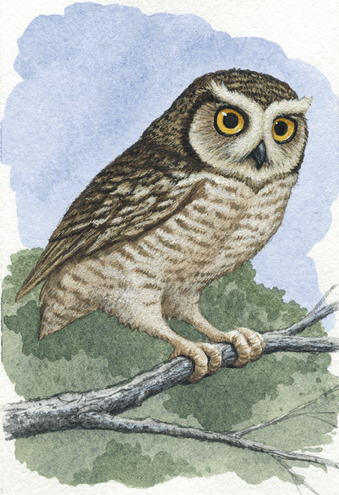 Twilight
A Great Grey Owl, orphaned at a young age and proud of his beauty, wit, and street smarts. 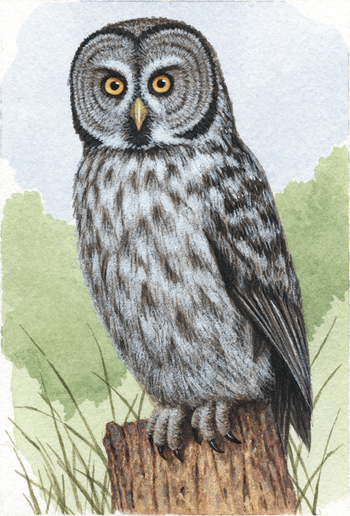 Digger
A Burrowing Owl, who joins the Band after the loss of his family. 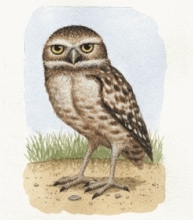 Mrs. Plithiver
A blind snake who had been employed as a maid by Soren's family. Soren reunites with her and she becomes a harpist at the Great Tree.
Eglantine
Soren's little sister. 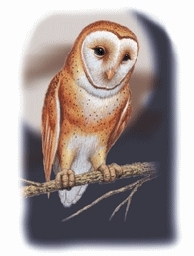 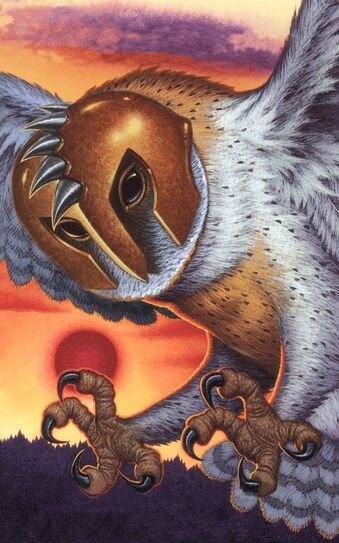 Boron and Barran
A pair of Snowy Owls, and King and Queen of the Great Ga'Hoole Tree respectively. 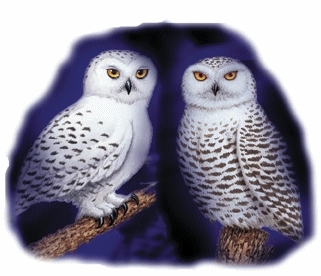 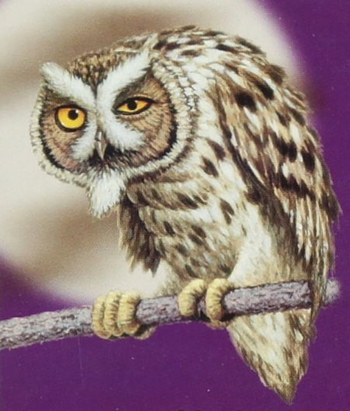 Strix Struma
A Spotted Owl and the Navigation ryb at the Great Tree.
Bubo
A Great Horned Owl, the Great Tree's resident blacksmith. 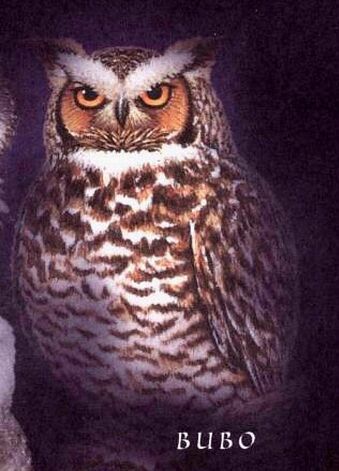 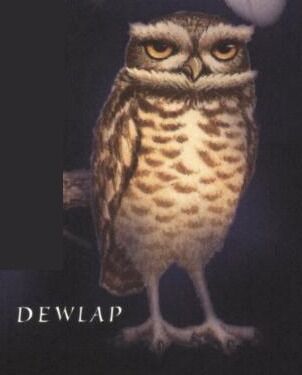 Otulissa
A female Spotted Owl, in the colliering/weather chaw with Soren, and a member of the Chaw of Chaws. 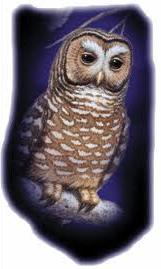 Ruby
A Short-Eared Owl in the colliering/weather chaw with Soren, and a member of the Chaw of Chaws. 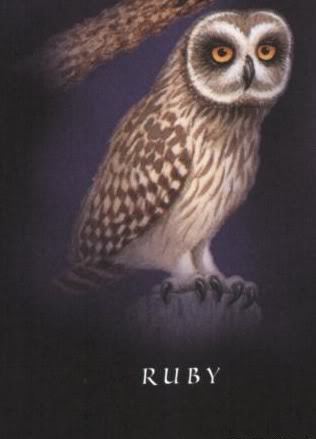 Martin
A Northern Saw-Whet Owl in the colliering/weather chaw with Soren, and a member of the Chaw of Chaws. 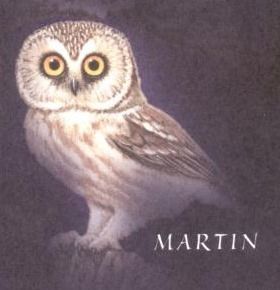 Nyroc/Coryn
Son of Nyra and Kludd. 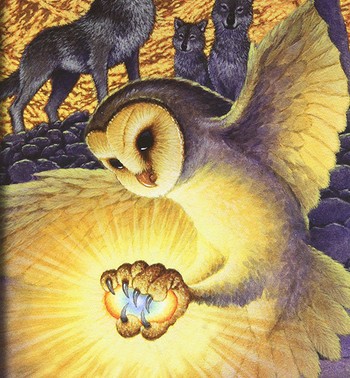 Skench
A female Great Horned Owl, and Ablah General of St. Aegolius Academy for Orphaned Owls.
Spoorn
A western screech owl and Skench's second in command.
Auntie Finny
A deceptively cheerful snowy owl who works at St. Aggies.
Jatt and Jutt
A pair of long-eared owls who act as warriors and enforcers to St. Aggies.
Grimble
An aged Boreal Owl and keeper of the library at St. Aegolius. Teaches Soren and Gylfie to fly so that they can escape.

Nyra
Kludd's mate and main antagonist of the series from The Burning and onward.

Metal Beak
The leader of the Pure Ones, named for the metal mask he wears to hide his disfigured face.

The following entries pertain largely to his portrayal in the Animated Adaptation. See Kludd's folder above for entries on his book incarnation.

Uglamore
An old Pure One lieutenant.

Hortense/Mist
A spotted owl whom Soren and Gylfie befriend in St. Aggie's.
Streak and Zan
A mated pair of bald eagles and friends to Hortense/Mist.
Octavia
An old blind snake who is a nest-maid for Ezylryb and Madame Plonk
The Rogue Smith of Silverveil/ Thora Plonk
A mysterious Snowy Owl who is a talented rogue smith. 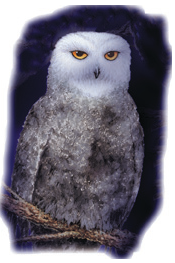 Cleve of Firthmore
A regal Spotted Owl from the Northern Kingdoms, who doesn't believe in war. 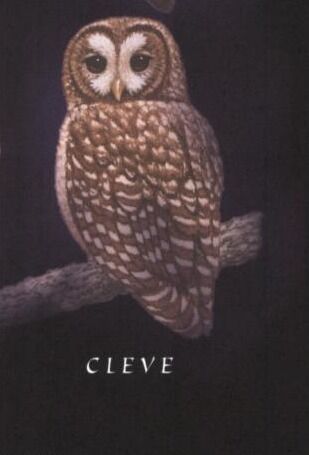 Hoole
A Spotted Owl and the first King of Ga'Hoole, after which the Tree is named.