The defenders of Pixie Hollow from threats such as dangerous animals.

Appears in both
Tinker Bell 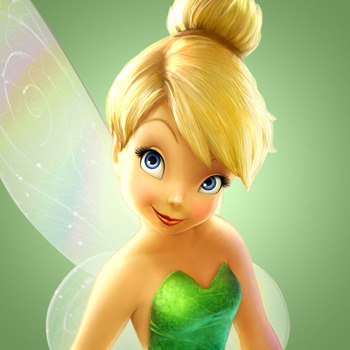 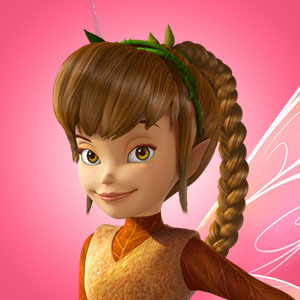 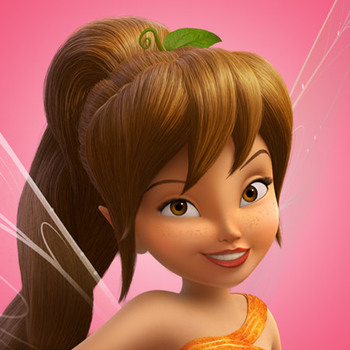 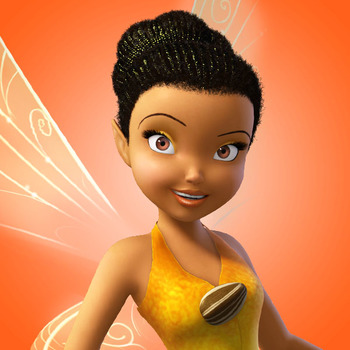 A light-talent fairy. Prone to panicking and is constantly worrisome. 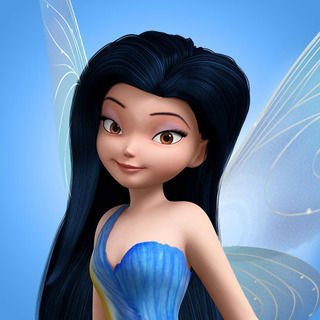 A water-talent fairy. Seen as an unflappable, serene fairy in the books, but was a complete airhead in the movies. 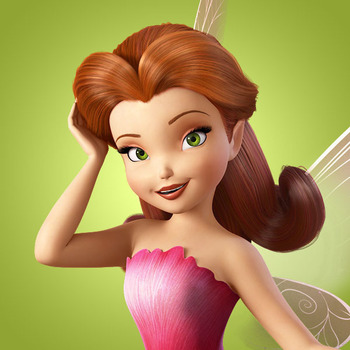 A garden-talent fairy. A very small factor in the chapter books ("Rosetta was one of the prettiest fairies in Pixie Hollow. And she knew it."), but a major one in the films. 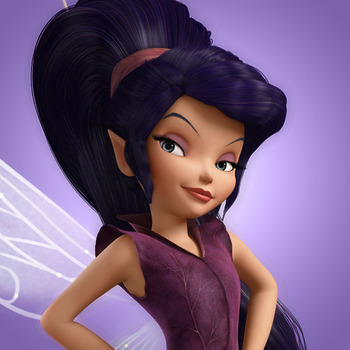 An arrogant fast-flying fairy. Completely nasty beyond all reason in the books, being cruel in addition to brutally sarcastic. The movies kept her being arrogant and snide, but slowly made her part of the group. 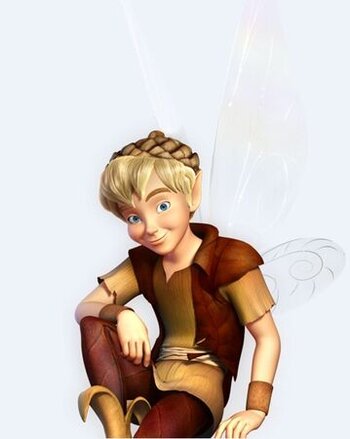 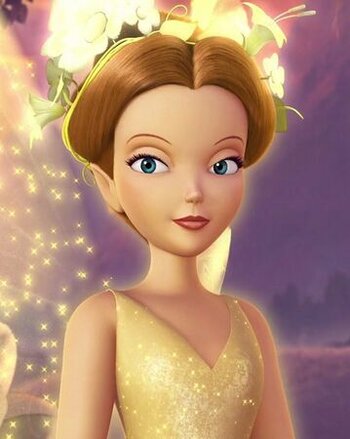 The queen of all fairies in Pixie Hollow. Called "Queen Ree" as a nickname in the books only.
Movie-Only Characters
Ministers of the Seasons

The ministers of each season in Pixie Hollow. 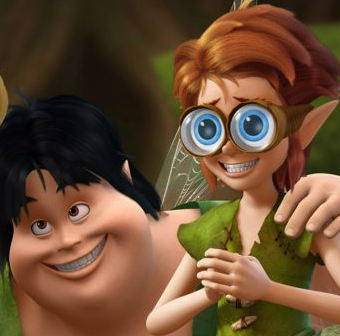 The overseer of the tinker fairies.

A tinker fairy. She's apparently quite a slacker and is often on the receiving end of Fairy Mary's nagging.

The overseer of the Dust Fairies. 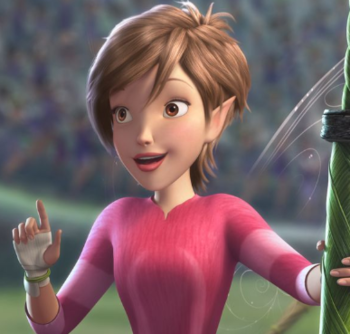 An athletic and competitive garden-talent fairy. During the Pixie Hollow Games, she is paired up with Rosetta for the Garden-Talent Team.

An athletic and competitive storm-talent fairy. During the Pixie Hollow Games, she is paired up with Rumble for the Storm-Talent Team.

An athletic and competitive storm-talent fairy. During the Pixie Hollow Games, he is paired up with Glimmer for the Storm-Talent Team. 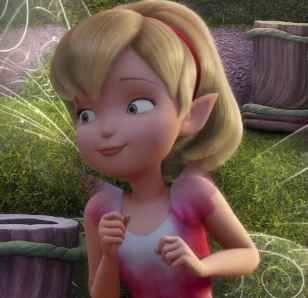 A garden-talent fairy. She's rather sensitive and can be seen crying at various events, such as the Pixie Hollow Games and the Four Seasons Festival. 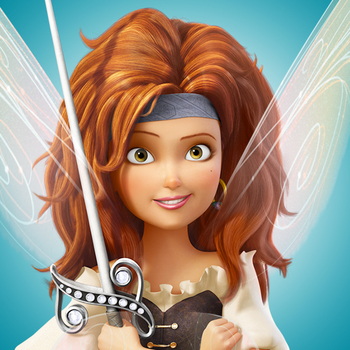 A former dust-talent fairy, kicked out by Fairy Gary after she experimented on pixie dust against his orders. No longer feeling welcome in Pixie Hollow, she left and became a leader of a pirate crew, one day hoping to return to Pixie Hollow to continue her pixie dust experiments in search of treasure. 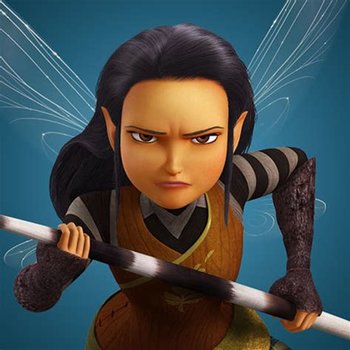 Fairies that reside in the Winter Woods. Unlike regular fairies, Frost Fairies are born with wings that can withstand the coldness of winter, but in exchange, they cannot withstand warmer temperatures and thus cannot visit other parts of Pixie Hollow. 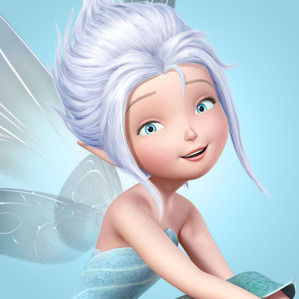 A frost-talent fairy that Tinker Bell feels a strange connection to, drawing her into the Winter Woods. It turns out that they're twins, having been born from the same laugh.

A friend of Periwinkle and Spike, being a fellow frost-talent fairy.

A friend of Periwinkle and Gliss, being a fellow frost-talent fairy.

A winter animal-talent fairy. After Pixie Hollow and the Winter Woods are allowed to visit each other, he and Rosetta seem to start a romantic relationship.

The leader of the frost fairies in the Winter Woods. 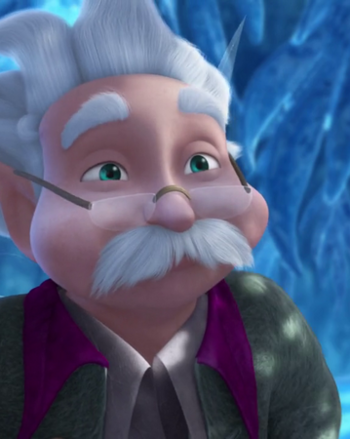 A wise winter fairy who runs a library.

A young girl who believes in fairies and lives with her father. When he brings her to his summer study, she catches Tinker Bell after setting out one of her fairy houses.

A busy and serious scientist that studies insects. 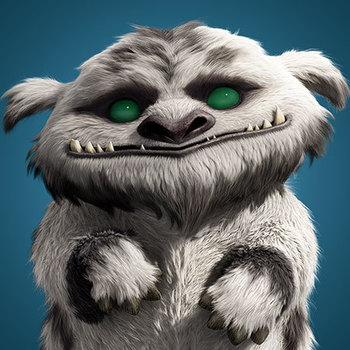 A young fairy seeking out her talent. When Mother Dove and her egg are put in danger by Kyto, she urges children to clap, revealing that she is a clapping-talent fairy.

An animal-talent fairy. She was Mother Dove's primary helper and caretaker in the books. In one, she is lured away from Mother Dove so that Vidia could steal more of her feathers for her "special dust", and in another, she solves the problem that's caused a "Great Berry Battle" between the animals of Never Land.

A light-talent fairy, and the key one in the books. A key attribute is that she works too hard, taking on every responsibility for herself. Such as training three brand-new light-talents all by herself during a trying time.

A wingless water-talent fairy with a timid, kindly personality. Prone to finishing others' sentences (more pronounced in Levine's book). She was a major character in Fairy Dust and the Quest For The Egg, giving up her wings so that Mother Dove's egg could be saved, and thus all of Pixie Hollow. She also features heavily in the two sequel novels, and gets a few chapter books of her own.

A garden-talent fairy. Once had a garden of her own, but went away for a while and it was given to another.

An art-talent fairy, considered to be the best of her talent in Pixie Hollow. Once had to deal with every fairy around wanting to have their portrait painted.

"I just wanted everyone to feel good. That's why I bake. To fill fairies with goodness."

A baking-talent fairy, and head of the kitchen. Shows up more often in the short picture-books, owing to the pleasing appearance of her treats. Only seen briefly in most books, but gets one feature appearance, in which she suffers from exhaustion and is temporarily replaced by another. Fearing the loss of her kitchen and talent, she bakes a magical cake, learning all about how the other talents bring food to the kitchen in the process.

A music talent, who shocks the other fairies by attempting to bring new instruments and styles into the orchestra, which has been set in stone for years. This creates a large schism between all the music talents, until they show that their styles merge well together. Trill only appears in one chapter book.

The closest thing to pure goodness in Pixie Hollow. After the destruction of the Pixie Dust Tree, she became Pixie Hollow's newest (but finite) source for pixie dust. The quest to fix her broken egg was the main point of the first novel. In the second, she desperately tries to keep a magic wand out of Never Land, and must deal with the "wand madness" suffered by all the fairies when it arrives.

An evil dragon that resides in Never Land, permanently chained to a rock. He jealously guards a hoard, as dragons are intelligent but have tiny hearts and no imagination, so can only find joy by looking at their rarities. At one point, he is forced to battle a new, rival dragon in the Never Girls series.

Gwendolyn Carlisle and her family

A descendant of Wendy Darling. After she was passed down Wendy's "kiss" necklace for her seventh birthday by her mother, she began to experience visions of being in Fairy Haven.

Exactly What It Says on the Tin. A group of mermaids who inhabit Never Land's Mermaid Lagoon.

Another fairy kingdom, located some distance from Neverland. They're friendly and optimistic, but also patronizing, silly, and sometimes dangerous. Their name comes from the fact that they use wands to instantly grant all of their wishes. While this makes them powerful, it's also made them incredibly shallow and lazy.

Pixie Hollow's first ever fire-talent fairy. The only new fairy introduced after the ending of the chapter books and film franchise.