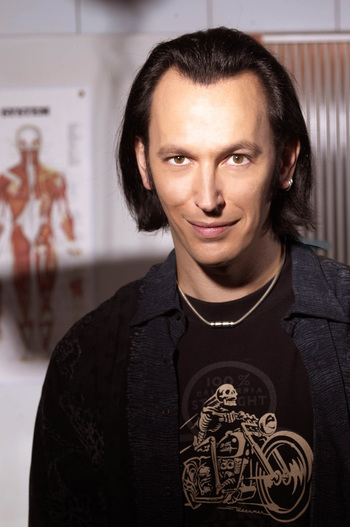 Steve Valentine (born 26 October 1966) is a Scottish-American actor, musician, and magician who has performed on stage and screen but who is best known for his role as the eccentric Nigel Townsend on NBC's crime drama Crossing Jordan and as Harry Flynn in the critically acclaimed PlayStation 3 game Uncharted 2: Among Thieves as well as the voice of Alistair in BioWare's Dragon Age franchise. He also starred in the Disney XD sitcom I'm in the Band as Derek Jupiter until its 2011 cancellation.