Series / Dog with a Blog 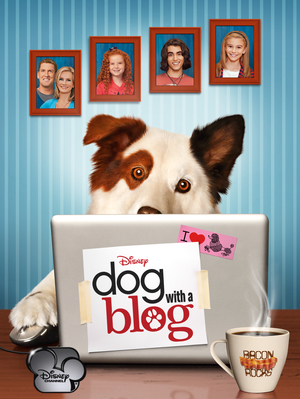 A 2012 Disney Channel Kid Com about a blended family who adopts a dog. That can blog. His name is Stan, and he can talk too! Once an Episode, Stan adds a new post to his blog summing up the events of the episode in a Happy Ending.

The show ran for three seasons, including a 1-hour special titled "Stan Has Puppies" that aired in May 2015. The series ended on September 25th, 2015. Dog with a Blog won a Young Artist Award in 2013.

Lucy the parrot happens to be the sound Tyler heard in his dream.

Lucy the parrot happens to be the sound Tyler heard in his dream.