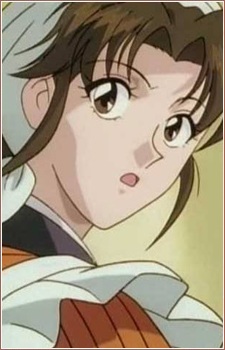 The manager of the beef hot pot restaurant, the Akabeko. She has a twin sister named Sae managing in a similar restaurant called the Shirobeko in Kyoto. Sagara Sanosuke also owes her a seemingly large sum of money in which interest is accounted for. In the anime, and a bit in the manga, she has also tried to push the relationship between Himura Kenshin and Kamiya Kaoru since it seemed it to her that it was not working. 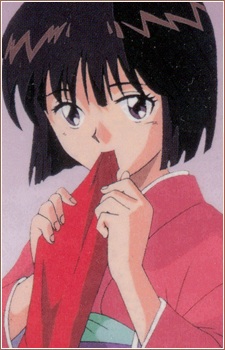 A waitress at Tae's restaurant and Myojin Yahiko's sweetheart. She was saved by him from the ronin her family worked for as Yahiko stopped them from robbing the Akabeko. 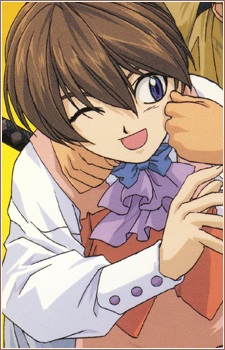 A young boy who wishes to become a better swordsman. 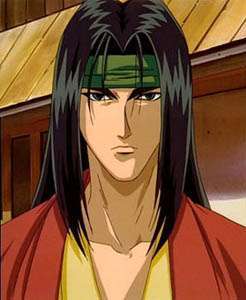 An old war buddy of Sanosuke's Tsukioka "Katsu" Katsuhiro was a boy who joined the Sekiho Army and served under Captain Sagara Souzou. Like Sanosuke their betrayal left him embittered and resentful towards the Meiji Government. In the present he lives his life as Tsukioka Tsunan a painter but Katsu secretly amassed an armory for a coup. 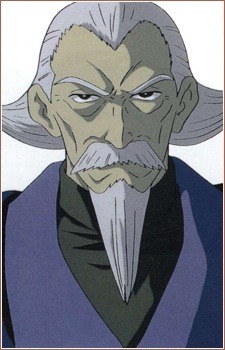 An elder member of the Oniwabanshu, and during the Bakumatsu, he operated at the Kyoto Investigator in order to analyze the movements in the city's political world. After the Restoration, he raised Misao, who was handed over by Aoshi.

Nicknamed Omasu, she's one of the maids at the Aoi Ya inn. With the wars over she and the other members of the Kyoto Oniwabanshu have settled into civilian life but should Kyoto be in danger again she's ready for action.

Nicknamed Ochika, she's one of the maids at the Aoi Ya inn. She is also a former Oniwabanshu member who settled down for a peaceful life, but as needed she's ready to lend a hand. 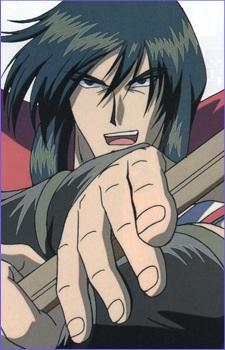 Master of the Hiten Mitsurugi-ryū, he served as Kenshin's swordsmanship instructor and eventually passed his signature style to him. 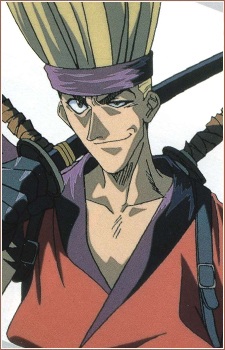 Also known as "Sword Hunter", Chō possesses quite a collection of rare and unusual swords, including, his favorite, a long flexible sword he keeps hidden around his waist named urumi, and double bladed sword known as a renbatō. He is only a mediocre opponent when not using the former (despite using a master sheathing technique), but he will still begin battles with regular swords, preferring to toy with his opponents. Only if they prove a true challenge will he reveal his full ability. A native of Osaka, Cho; has a very calm and cool exterior, and normally keeps one eye closed when talking, and only opens both eyes when excited in the heat of battle.

His fighting style is determined by the sword he uses, but he mainly uses the style Garyuorochi. 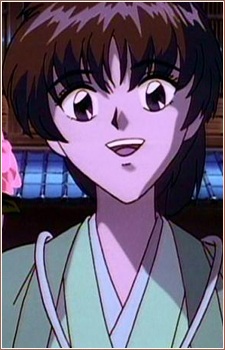 Leader of the first squad of the Shinsengumi during the revolution. He suffers from tuberculosis as seen when he fought Kenshin in a flashback, and even then he was still able to fight the red-headed warrior to a draw.

Eiichirou Mishima
Voiced by: Katsuya Shiga (JP)
One of two brothers from Shingetsu village, whch is "ruled" by Shishio's follower Senkaku. Eiichirou is a policeman and works as one of Saitou's informants. He is chased and executed by Shishio's men after his ties to the police are revealed.
Eiji Mishima
Voiced by: Naomi Matanami (JP), Joshua Seth (EN)
The younger of the two Mishima brothers, Eiji is the only survivor of his family after his brother's connections to the police are discovered. After his village is freed from Senkaku, he is essentially adopted by Saito, sent to live with his wife. Years later, he joins the police like his older brother and adoptive father.
Yukishiro Tomoe 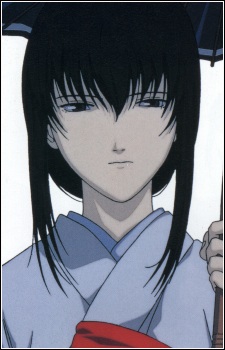 Kenshin's first love and Enishi's sister. She was the elder daughter of a samurai, a low-level bureaucrat who served the Tokugawa Shogunate in Edo.Tomoe left home and joined the Yaminobu with the intention of killing Kenshin in order to avenge her fiancé's death, but ultimately fell in love with him... and sacrificed her life to save him. 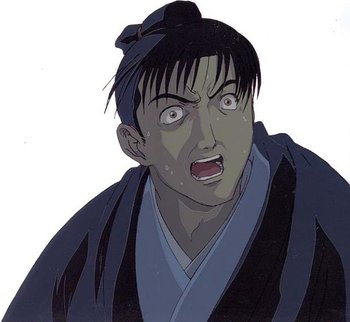 The second son of a shōgun retainer, he was the childhood friend and fiancé of Yukishiro Tomoe. Fearing that his own meager position would not be enough to impress his betrothed, Akira postponed the wedding and left Edo for Kyoto to join the Mimawarigumi, where he became a bodyguard for the high-ranking samurai Shigekura Jūbei. 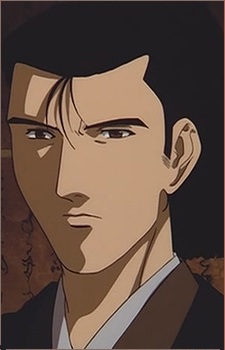 Katsura Kogorō was the legendary young leader of the Chōshū Ishin-Shishi who, along with Ōkubo Toshimichi and Saigō Takamori, became one of the three key figures of the Meiji Restoration after they forged an alliance between former enemies Chōshū and Satsuma. After witnessing young Himura Kenshin's impressive performance in the Kiheitai, Katsura recruited the fourteen year-old swordsman into his service as a hitokiri in Kyoto and acts as the Battōsai's immediate superior during the Bakumatsu. 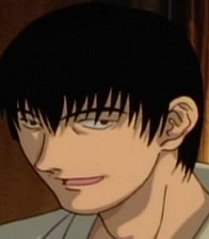 Takasugi Shinsaku is the best friend of Katsura Kogorō who opposed his friend's recruit of a young boy named Himura Kenshin as Hitokiri Battōsai. Takasugi belived that Kenshin suffered deeply as assassin, due to him having to take away the lives of others in order to create the new Meiji era. 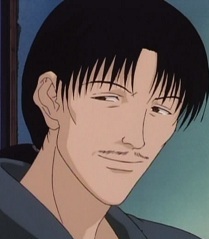 Iizuka is the examiner of executions for the Choshu Clan. After a member of the Choshu Clan kills, for example Kenshin, he goes and takes care of the body. He usually puts a note warning the Shogunate. He appears to be somewhat skilled at kenjutsu. 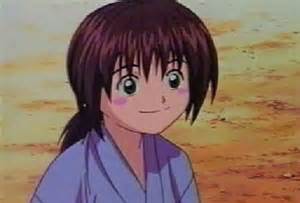 The son of Himura Kenshin and Kamiya Kaoru, who gets quite the spotlight in the Reflection OAV (whether it's canon or not)note (Watsuki has apparently said that it was made without his permission and that he desinherits it) and in the first chapter of the Hokkaido arc manga.